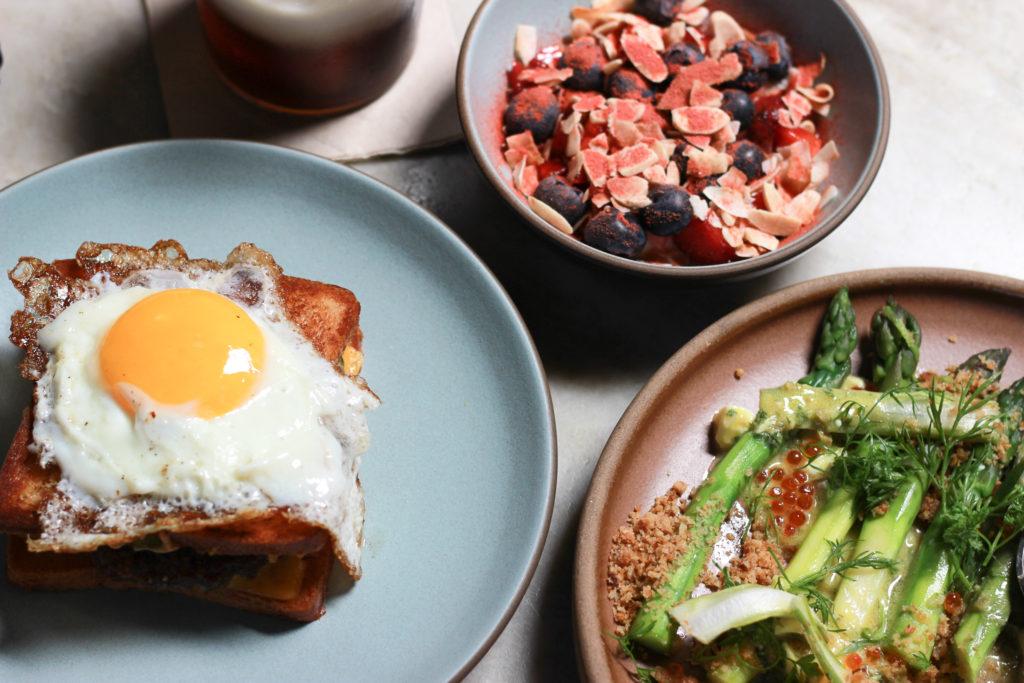 Nothing works up an appetite better than four-plus years of coursework and sitting through a bustling Oracle Park graduation ceremony. After walking the stage May 28, new graduates will have many difficult choices to make, but where to eat, drink, and celebrate shouldn’t be one of them.  Here are some Bay Area options to help get the festivities started.
Bar Shiru: for the low-key crowd
Looking to kick it with a couple friends and converse about the inevitable after-college plans with some nice tunes in the background? Shirin Raza and Daniel Gahr—inspired by a trip to Tokyo and its plethora of hi-fi bars—adopted a similar model for their Oakland location, according to the bar’s website. Eater announced Bar Shiru opened in early February. They play  jazz-focused tracks from beginning to end on their analog vinyl system according to Bar Shiru’s website. A modern bar built intently on quality acoustics, it’s great for grabbing late-night drinks with a smaller crowd up until  2 a.m. Thursdays to Saturdays. Bar Shiru is located on Telegraph Ave in Oakland, and is accessible from BART in between 12th Street and 19th Street BART stations.
Zombie Village: tiki time for more than a party of four
The Fire-breathing bartenders and twinkling lights in Zombie Village’s Survivor-esque luxury scene will make you feel as though you are stranded on an island rather than grabbing a drink in the middle of San Francisco’s Tenderloin District. Zombie Village is ideal for groups. According to Yelp, the bar offers reservations for renting out private tiki huts to parties of up to ten people. Their weekly tiki hours run late to 2 a.m. Monday through Saturday. It is an eight-minute walk away from Powell Station.
Jolene’s: for LGBTQ DJ’s and dancing
Jolene’s opened this past fall and hosts weekly parties with some of the hottest and queerest DJ’s and artists, like Micahtron who has almost 800 followers on the music-streaming app, SoundCloud and performed this past week according the Jolene Facebook page. Their official Facebook page lists lineups for future events like BESO coming up on May 30th, a dance party centered around the Latinx community playing iterations of Spanish music favorites. It’s a great pit-stop after graduation to party with an inclusive crowd, or enjoy a bite to eat. Jolene’s website offers a menu full of bites and sandwiches up until 1:30 a.m. and are also open for brunch on the weekends from 11 a.m. to 3 p.m. Located in the Mission District of San Francisco, it’s about a five minute walk from the 16th Street Bart Station.
Everdene in Virgin Hotels: celebratory drinks with a view
Everdene, a city-chic rooftop bar is on the top floor of Virgin Hotels, which opened April 3rd, according to Eater, offers guests a grand view of the San Francisco Skyline. Their menu offers handcrafted cocktails and most importantly, champagne. Located in San Francisco’s South of Market District, it’s less than a mile from Oracle Park. Everdene is open until 1:30 a.m. according to hours listed on their website so you can grab drinks even after dinner and enjoy the night sky.
True Laurel: weekend ‘goodbye’ brunch
With graduation festivities coming to a close, friends and family are leaving town and for goodbyes, brunch is best. True Laurel, a minimalist heirloom cocktail bar that debuted in 2017, is open weekends for brunch from 11 a.m. to 2 p.m. according to Eater. Their menu is simple, offering brunch classics with a twist such as heirloom cornmeal pancakes and soft scrambled eggs with chicken confit. Their menu is subject to change, yet is reasonably priced, with the most expensive item listed at $15 according to their menu. True Laurel is located in the Mission District, a few blocks away from Highway 101.