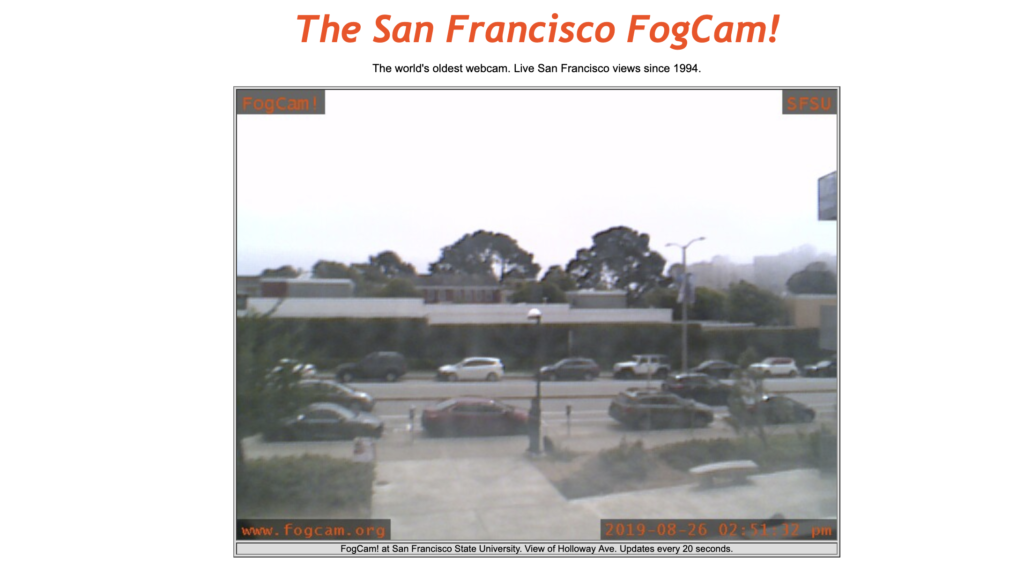 It’s 1994 in the Bay Area. Some 2,600 journalists are on strike against both the San Francisco Chronicle and Examiner. The San Francisco 49ers hoist the Lombardi trophy for the fifth time in franchise history. And nearby, Stanford hosts the first U.S.-based World Cup.

Twenty-five years later, Baghdad by the Bay has drastically changed. Journalism has turned its back on paper in favor of the internet. The 49ers have missed the playoffs 16 times in the last 19 years. And soccer has never been more popular in the U.S. as the country awaits the World Cup’s return in 2026.

Yet one piece of the city remained unchanged: SF State’s FogCam, the on-campus camera that has captured Karl the Fog for the last 25 years as he slinks into the city and blankets the skyline with his soupy cloud.

But all good things must come to an end.

“After 25 years, FogCam is shutting down forever at the end of August,” Jeff Schwartz and Dan Wong, the site’s creators and administrators, tweeted on Saturday. “The Internet has changed a lot since 1994, but FogCam will always have a special place in its history.”

FogCam was coined the oldest running webcam in operation, with fogcam.org holding the rank as one of the oldest websites ever created. Though the camera has changed locations throughout the years, SF State has been its home for a quarter-century. The camera is currently mounted by the J. Paul Leonard Library and faces Holloway Avenue, updating with a new image every 20 seconds to show how the fog rolls in and out of the city.

The webcam’s genesis came in the form of a graduate school project by Schwartz and Wong. Inspired by the Trojan Room Coffee Pot cam that pre-dated the internet from the University of Cambridge, FogCam grew into something substantial.

“It was just a little pet project that developed a life of its own,” Schwartz said in an interview.

“People liked it so we kept it going.”

But with the passage of time, the project became too much of a hassle to maintain.