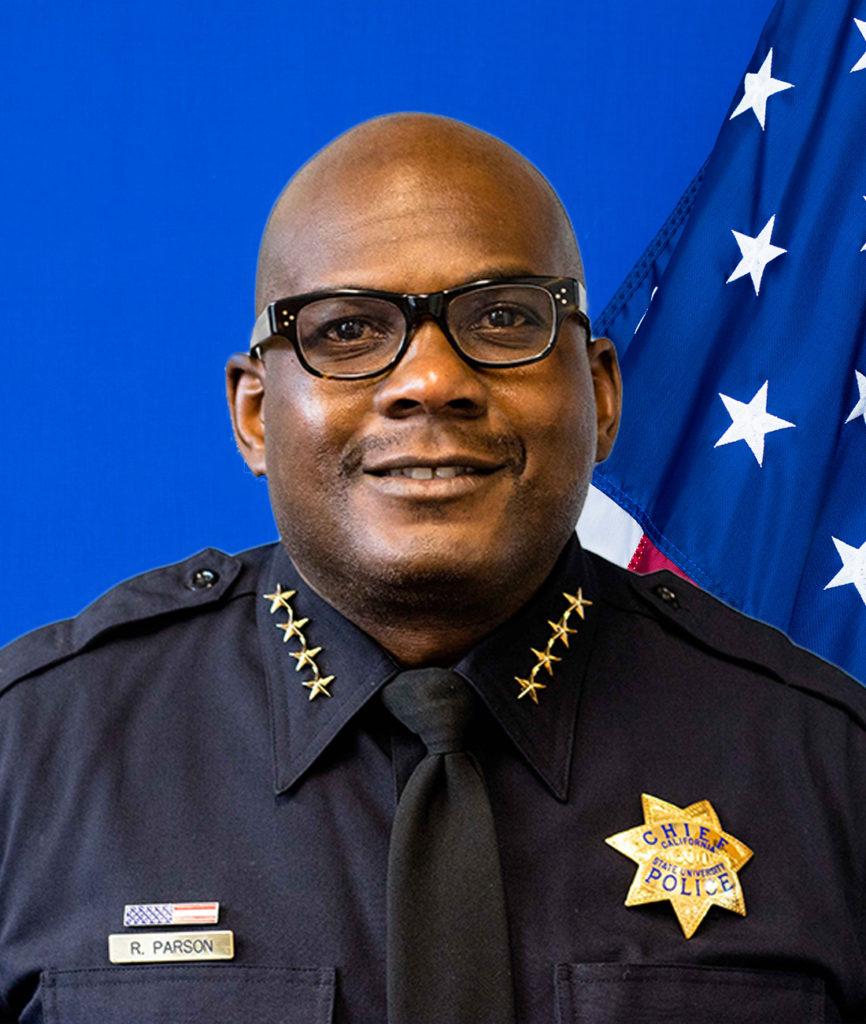 The SF State alumnus was born in Frankfurt, Germany. His family often migrated from place to place due to his father’s military career before they settled permanently in the South Bay.

“As an army brat,” Parson said, “I moved a lot with my family until my father retired and settled down when I was 10 years old in Seaside California.”

As the youngest sibling of four, Parson attended Seaside High School before making his way to SF State, where he later graduated in 2004, earning his bachelor’s degree in psychology.

With the encouragement of his military family and friends, Parson strayed from his original goal of pursuing a human resources career.

“My older brother was a Security Forces Officer in the Air Force. He was assigned to Air Force One at Andrews Air Force Base in Maryland for 12 years, so he was my inspiration into my [law enforcement] career,” Parson said.

With 23 years of experience on the police force, a degree in psychology, and assuming the role of interim chief of police of UPD from May 2015 through August 2016, Parson acquired a vast wealth of knowledge and experience that aids him in the field. Parson said his psychology degree gives him a leg up in handling high intensity situations and understanding human behavior. University crime activity can be viewed on the daily crime log. Parson plans to combat and minimize campus crime by working closely with SF State students and administration through strengthening communication via community engagement.

“My intention is for the UPD to be an integral partner in building community at SF State,” Parson said. “The UPD will seek to build collaborations with students, staff and faculty to facilitate a safe environment for all community members.”

“I look forward to working with President Mahoney,” Parson said. “The UPD has a variety of training and engaging programs such as our Community Liaison Unit (CLU) to the campus community. However, we’ve had challenges with promoting these services.” He said he plans to work with the university’s Strategic Marketing & Communications division to improve UPD’s marketing and promotional efforts.