The women’s soccer team took total control of the second half during Friday’s late afternoon matchup between the Gators and the Argonauts of Notre Dame de Namur.

The Gators pulled away down the stretch and etched out an impressive 4-1 win over NDNU at Cox Stadium.

Despite the abnormally hot September day, the game remained ice cold. The match started out as a defensive standstill with both teams locking each other down. While defenses were stopping the strikers, Gator standout defender Kylie Schneider, a sophomore from Oakley, California, continually found ways to create space and separation in the middle of the field.

On a down-field, one-on-one play, Schneider burst straight past by an Argonaut defender, freshman Alexia Caballero, and nearly scored on an incredible mid-outside kick that ever-so-slightly veered off left at the end and went out of bounds.

At the 17th minute, senior midfielder Samantha Sanchez went top shelf over Gator goalkeeper Hailey Garriott to score on a penalty kick to start the tallying for either side and give the Argonauts a 1-0 advantage. The action continued with both teams playing keep away from one another as no shots on goal were attempted by either side. That all changed in the 32nd minute of the matchup when sophomore forward Katelyn Patterson scored on a contested ball to tie the game. 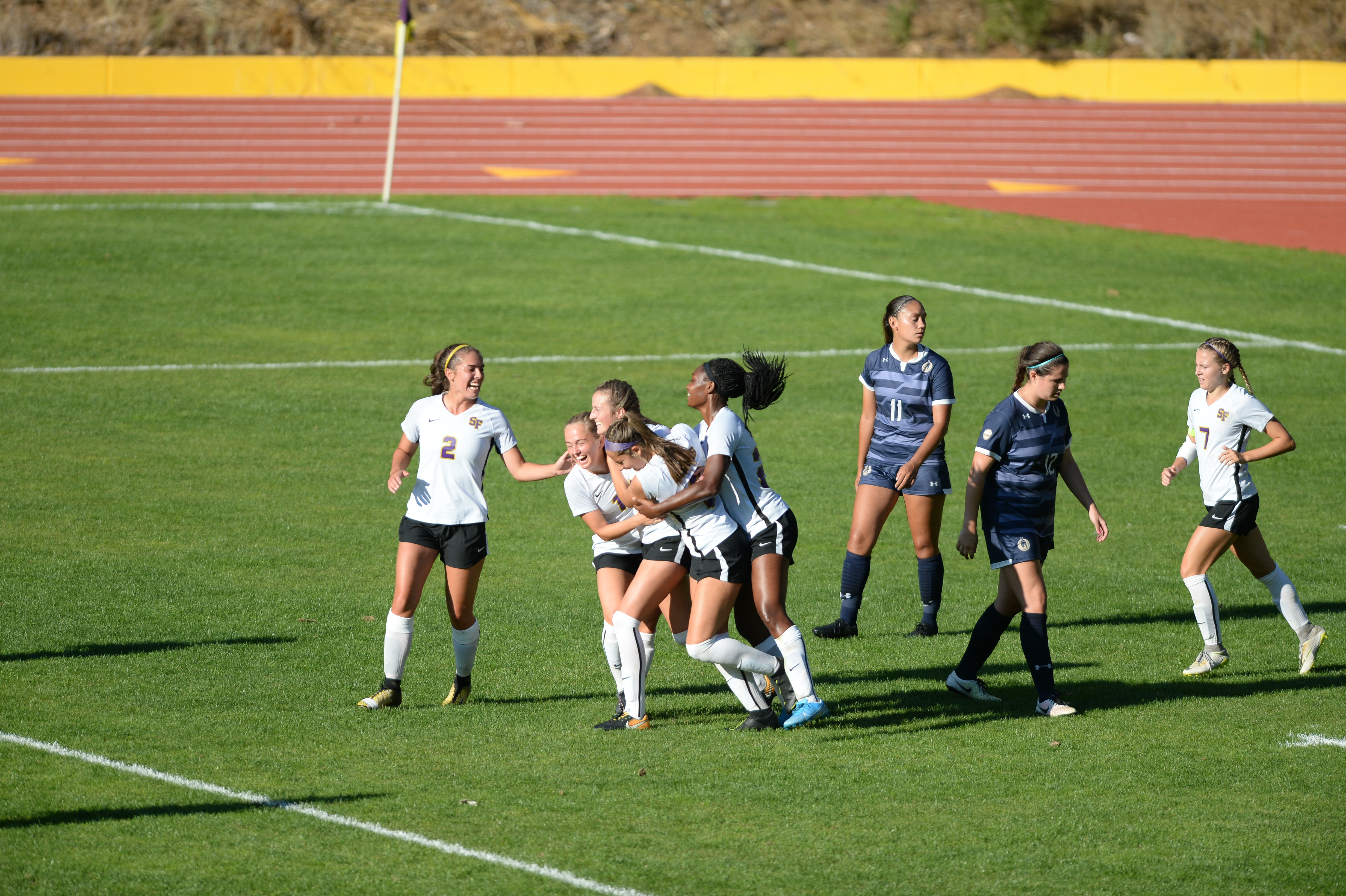 Moving into the second half, the Gators came alive and started clicking on all cylinders — from the starters to the role players, everyone contributed to this concentrated, fine-tuned victory. In the 59th minute, Patterson scored her second goal of the game with a header toward the middle of the goal, taken on the right side on a tremendous cross from freshman defender and midfielder Sydney Yuen, who gained the assist on the play.

As the game progressed the Gators did an unbelievable job of ball passion, along with imposing ball and clock management. Freshman defender Carly Ortega added to the scoring by posting up a goal of her own in the 62nd minute. Due in part to some miscommunication by the defense, Ortega was left all alone on the outside and pinned one past the goalkeeper.

The Gators finalized an all-out assault on the Argonauts by not letting them gain any type of momentum or ground movement in the game. To round out the scoring, Schneider made great decisions with the ball alongside some surreal plays on both offense and defense, and was finally rewarded with two hard-fought goals. Schneider broke free from Argonaut defender Caballero and unloaded a sniper-like shot right past senior goalkeeper Alexandra Valdivia.

With the victory, the women’s soccer team will post a record of 2-1-1 and will look to continue its two-game winning streak.