War powers are for Congress not President 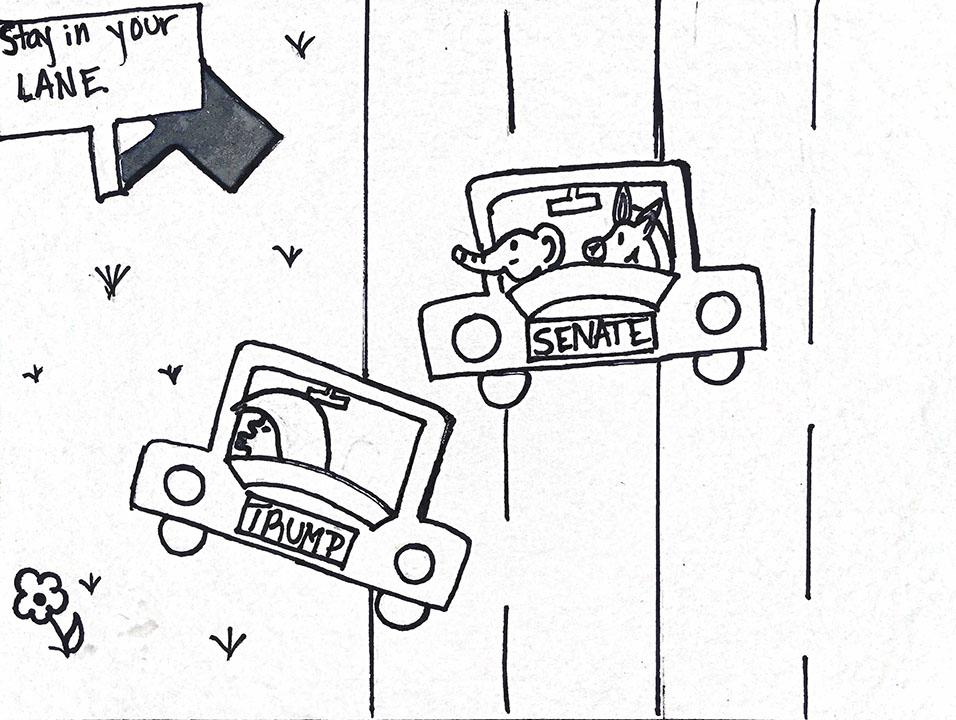 U.S. air forces are deploying to Saudi Arabia days after Iran allegedly carried out an attack on their oil fields, Secretary of Defense Mark Esper said on Friday.

Esper said the military response, “will be defensive in nature.”

The Saudi oil ordeal first raised concerns about whether or not President Trump would start a military conflict against Iran due to the U.S.-Saudi Arabia relationship which has been in place since WWII.

A military response in Iran from Trump would be wrong.

Congress, look at the last 18 years of conflict in the Middle East and do not let the president make Saudi Arabia’s problem an American one. Rein in the war powers you’ve been delegating to the executive branch before more another unnecessary conflict happens.

Article 1 Section 8 of the Constitution gives Congress the power “to declare war” and “provide for the common defense” by collecting taxes.

So how could President Trump and former executives order military forces abroad without congressional approval?

And since the Constitution’s adoption, there have been times when the two branches have steered away from the scope of their war powers, primarily after WWII, which was the last time Congress declared war.

The next fifty years of military conflicts, including the invasions of Iraq and Afghanistan, left Congress delegating their war powers to presidents.

The U.S. involved itself, without a congressional declaration, in the Vietnam War among others in the 20th century.

In response to the Vietnam War, Congress passed the War Powers Act of 1973, which was a check on the executive branch requiring 48-hour notice of military use and 60 days to remove armed forces due to lack of approval by the legislative branch.

But Congress then delegated its war powers to President Bush through the authorization of the use of military force (AUMF) for Afghanistan in Sept. 2001 and Iraq in Oct. 2002 .

“That Iraq war AUMF, its mission and this is not a direct quote from it, but its mission was to fight a war on terrorism,” Eissler said. “It has been used by presidents in a very broad application in pursuit of that stated original mission.”

So the Iraq AUMF has been the blank check given to presidents to keep the U.S. in the region for almost 20 years with no end in sight.

Additional U.S. involvement in the Middle East will exacerbate an already persistent 18-year conflict in the region.