From service to school: A Veteran’s perspective

A large majority of service members join at a very young age, and for many, it’s our first time away from home. We leave a room covered in posters and a family dog behind for a squad bay full of confusion and a drill instructor who scares the hell out of us. A few months later and we have transitioned into this new life, one which contradicts itself. 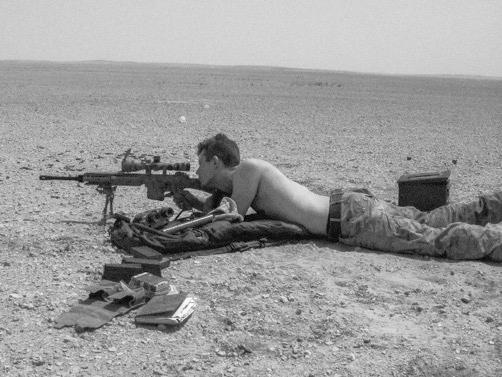 Photo of Will Wendelman in Al Ambar, Iraq 2007.

A life with a bunch of hyped up, crazy as hell kids who are subject to some of the most stringent structure and discipline one could imagine. Monday through Friday was my typical work week, with morning physical training that starts before the sun comes up. The day doesn’t end until those in charge had run out of ideas on ways to make us miserably efficient at our jobs, oh, and our weapons had to be clean. At least this was my experience for the seven years I was enlisted.

Joining with the intent of spending twenty years enlisted, I figured my life was pretty well planned out. Well, life doesn’t always go according to plan. In 2008 I was injured while deployed in the Al Anbar province of Iraq, resulting in a medical retirement and the end of my military career. I left the United States Marine Corps at 23 years old, with no plan or idea what I wanted to do outside the military. Like many veterans I went home, which for me was Kansas City, Missouri. Within a few months my life was a disaster!

Getting out of the military and entering what is commonly known as CIV-DIV, civilian division, you are left sort of lost. From being a high school kid with parents or teachers giving you direction in your life, to having Uncle Sam telling you what to do every second of everyday. All of a sudden you have complete control of your life. Which is a strange element to gain in your mid to late 20’s.

Some people struggle with this new found freedom — I definitely did. With my new freedom I decided to use my education benefits and go to college. It took me a few years after exiting the Marine Corps to figure out how to even barely function on my own. Still, it wasn’t until I started school at Santa Monica College that I finally settled back into a routine, and created a structure for myself for the first time. The second I started school I loved it, I had somewhere to go and something to do.

In a lot of ways my life as a college student is very similar to military life. I am a photojournalism major, and intend to go on to graduate school. I mean, I shoot everyday, its just now I use a Canon instead of a colt. I still have gear to maintain, but its camera gear instead of combat gear. I’m given assignments instead of missions, but they still have to be completed. Being in school gives me the same structure, or at least something close to what I had while on active duty.