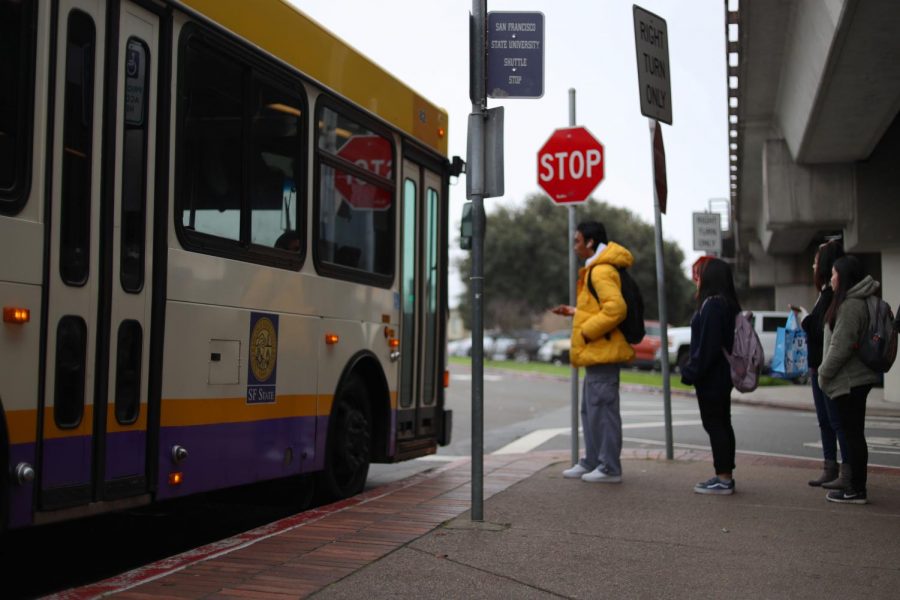 During the Dec. 6 Student Fee Advisory Committee meeting, the committee heard a proposal to spend a portion of the over $3 million GatorPass reserve fund on increased shuttles between campus and Daly City BART, among other options

The committee, consisting of members of the ASI Board of Directors and university faculty, discussed the topic for nearly an hour and ultimately decided to table the subject for the next meeting, which is scheduled for Feb. 28.

Although the shuttle service is funded by Parking and Transportation, a university office, this increase in service will be paid by the funds collected from students for the GatorPass.

All students pay $180 for the pass every semester, $124 go to MUNI for four months of  unlimited rides, $8 go to the University for administrative expenses and the remaining $48 are intended to pay for a discount on all BART rides going to or from Daly City BART station. Due to the fact that not enough students are using BART, the university is taking in more money than it is spending, creating this surplus.

For the first two school years of the GatorPass, 2017 and 2018, the pass had a surplus of over $1 million per year. However, the surplus this year is estimated to be around $600,000 after the BART discount increased from 25 percent to 50 percent.

The university currently pays TransMetro to run four shuttles back and forth Monday through Friday. The proposal was presented by John Gates, Interim Associate Vice President of Fiscal Affairs  and Nick Kordesch, an administrative analyst from Sustainability and Energy. This plan would add one additional shuttle to transport students all day and one more that would run from 9 a.m. to 1 p.m. These extra busses would cost roughly $7,500 per week, totaling approximately $240,000 per year.