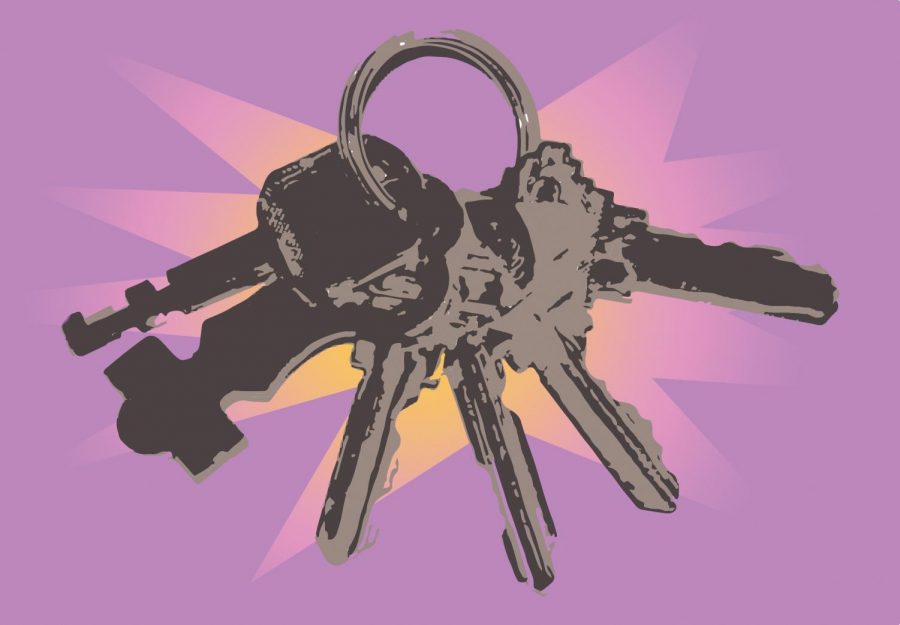 SF State residential halls, University Park North and South and apartments on central campus were compromised for over 30 days after a set of “unmarked master keys” to the residences had been reported lost. Students, employees, staff and faculty who live in university housing were impacted. The incident is expected to cost at least a million dollars in materials, labor, and safety measures according to Director of Residential Life, David Rourke.

According to an email sent by Rourke on Dec. 18, 2019,  a “university vendor” reported the keys missing to campus Facilities the previous night.

“My understanding was, is [it was] a pest control vendor,” Rourke said. “They were doing their work and then somehow misplaced the keys, reported that to the university and that started the whole process.”

Residents of Mary Ward, Mary Park Halls, Towers Jr. Suites must vacate their housing during winter break. Residents in the student apartments may stay if they choose. Rourke said they had originally underestimated how many students remained in housing during winter break. They discovered during the process, Rourke said, that the number was three-fold what they estimated. He said around 20-25% of students stayed in housing.

This means some students may have lived a month with compromised locks in an area frequented by robberies and break-ins. There have been at least 10 residential burglaries reported on UPD’s crime log since August of 2019.

Students do pay for renters insurance through student housing fees. They are covered by Markel American Insurance Company’s GradGuard policy which protects up to $100,000 in theft or damage of personal property.

Rourke’s initial email to residents listed three immediate actions taken by the university including: 24-hour security service with a security officer available at affected buildings, increased patrols by UPD and new keys and locks were issued for every building – a process which Rourke wrote could take two to three weeks.

Leon Jensen and ChunChen Lai are both SF State Seniors studying international relations and live in housing impacted by the lock changes. Jensen said he did not feel safe knowing that the master keys were lost.

Lai agreed it did not feel safe, but said he took precautions to protect his valuable belongings.

“If they have [the master keys], I mean they can go in, but it’s like, I’ve got nothing important to store except from [my] passport, but I already locked [it] somewhere safe.”

They both felt that the university took sufficient measures to protect students.

“I see a lot of them [private security] before the lock changes,” Lai said.

Studio Art Major and Junior William Hunter is also a resident of an impacted building. He said he felt safe and that his experience was mostly an inconvenience.

“It was annoying. Tedious,” Hunter said.

“I’m not familiar with what circumstances required such a change [in locks], but I had to make an extra stop before I was able to go home. I had just flown in, which means I had to lug around bags that were incredibly heavy for even longer than I thought I would need to.”
Jensen had a similar experience when he returned home from Denmark, he said.

Residents, residential staff and faculty were not the only people impacted though. Several campus departments were involved in the efforts including UPD, facilities, housing administration and budget and finance.

Rourke said “We [residential] submitted $12,000 worth of overtime,” Rourke said.

A full aggregated total cost is still being determined by the University.

“But I think I heard at one point our security measures cost at least a half a million dollars. So that in and of itself brought us up to that point. I’m sure all of the materials and then the labor to cut about 12,000 keys probably took us the rest of the way.”

Students were able to pick up their new keys by Jan. 25, though it took a few more days to finish replacing all of the locks.

“Yeah, there was [a lock change in] 2013 because I was around when that happened to be honest with you,” he said. “That was a partial though it didn’t affect our entire housing operation. The access level was limited, but we were also concerned about that and did the same thing [security and lock changes.]”

Rourke was unable to comment on the key keeping practices or policies of the Facilities department.

When residential life utilizes a master key they have a different process, Rourke said.

“To the extent of a policy, again, keys are under the purview of facilities. So I couldn’t respond,” Rourke said. “I know that in residential life, whenever we need broad access, like a master key, we don’t give to an individual. We put that in a sequence lock, with an access key … So we always know who has it and then if it doesn’t return, we can follow up with whoever’s key code is on there. But in terms of university vendors, that’s probably going to be a question for facilities.”