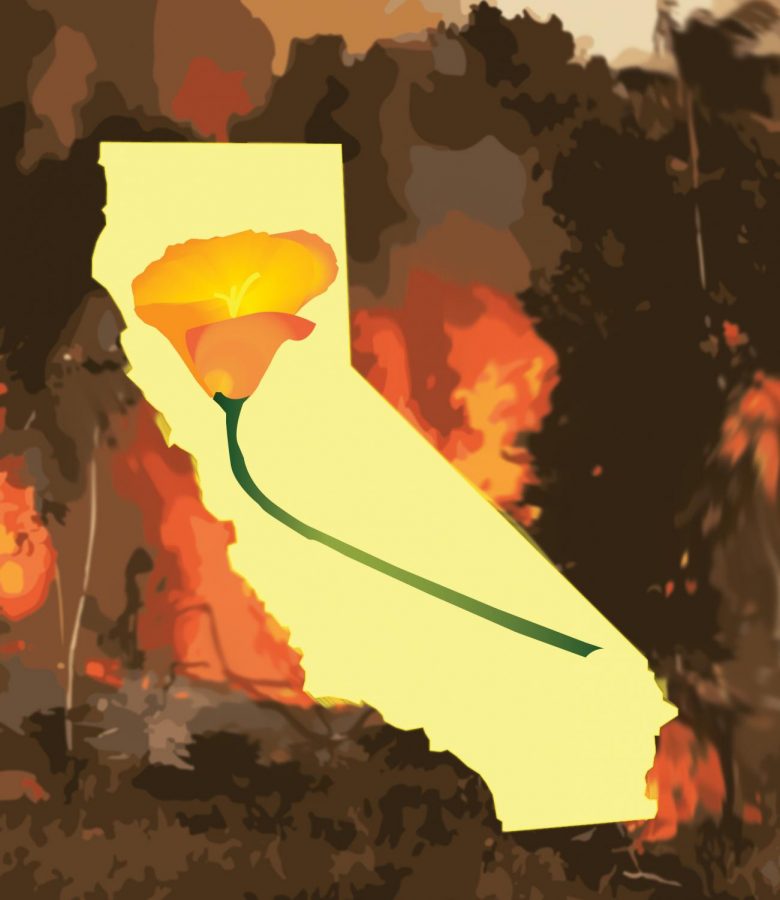 Across the ocean, a thick fog-like cloud of smoke has invaded the surrounding air space in Australia. Snow-like ash blankets everything in its path, much like we have seen here in California. While CA rests from the fire season, Australia continues to burn.

“One day we saw it was like red and orange in the sky and it’s initially really grey and cloudy, so you can’t see much of the view,” said Claire Sa, a resident in Sydney, Australia. “You can definitely really smell the fires, it just smells so bad. So, everyone has to have masks on to protect yourself.”

Since October, Australian skies have been marked by the same dark smoke that California knows too well. The world has been shocked by the damage to wildlife and the horror of its continuous rampage of destruction.

Though there is no fire currently raging in CA, SF State students are still at risk.

“It’s important to pay attention to any natural disaster, anywhere it is. You never know if it is gonna happen to you,” said Amanda Daulton, prospective transfer student touring SF State campus. “And even if it’s not happening to you it’s still happening on your planet.”

The fire has killed over 500 million animals and has caused over $1 billion in damages according to CREATE. Ecosystems are built by mother nature to work a certain way and if tampered with, can cause an imbalance.

Each animal on this planet serves a purpose despite their size. If an animal’s environment no longer exists, the animal eventually dies off. When other animals depend on the deceased animal, they also die off resulting in multiple species’ extinction.

Recently, scientists identified the deaths of the common murre as part of the change in temperature of the ocean water. Fish that normally ate in cold water found themselves migrating in order to survive. The change of location of the fish left the common murre with nothing to feed on.

Though this type of extinction isn’t happening here in California, both locations share one commonality—hot climates.

Apart from the harsh environmental changes, fires have the ability to change the weather.The first step is smoke plume created by fire. At this first stage we can see something similar to the red and orange Sa mentions in her observation of the Australian sky during the bush fire.

The layers of the fire and the impact it has on the world is not understood in all its dimensions by each student on campus but if the conversation begins maybe we can all care enough to gain knowledge and maybe create some positive change.

“The way I grew up. It was really instilled in me that everything we do leaves a footprint on the earth,” said Annette Loynaz, a first year grad student. “And it doesn’t matter if something is happening in a different country or in our own it’s all that we are doing to contribute to the world.”