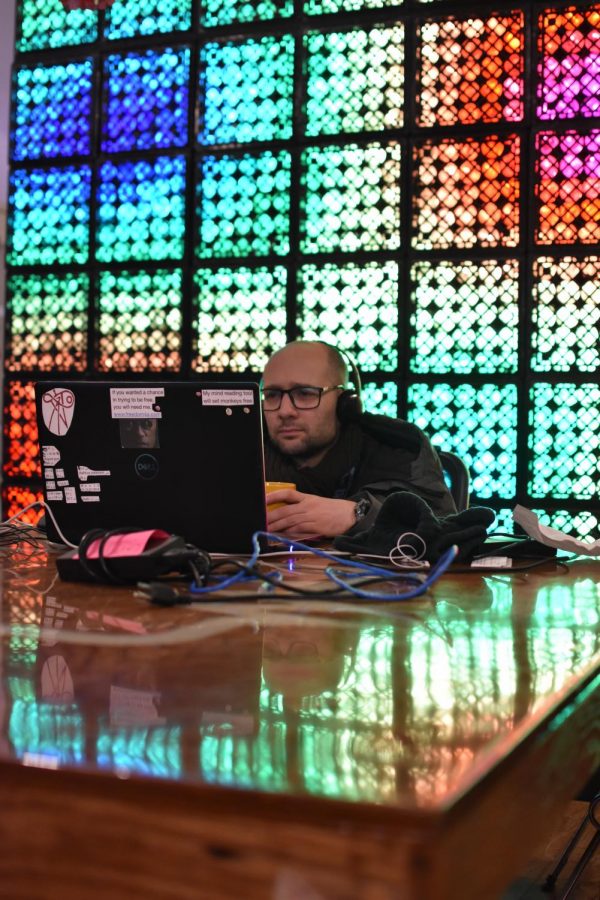 Within the Mission District lies Noisebridge, a community run, nonprofit hackerspace open to anyone interested in the creative space and all it has to offer. This includes not only the space itself and all its resources, but weekly classes on programming, game design, art, music and laser cutting.

The hackerspace has been open for 12 years and is seen as the home for underground computer culture within San Francisco. The entrance to the space is a silver gate right next to the Mi Ranchito grocery store.

If you didn’t know about the space, it would look just like a normal gate.

The Noisebridge hackerspace runs entirely on donations and remains open during reasonable hours as long as someone is there who is willing and able to answer the doorbell. You just have to follow their one rule and you’re golden: “Be excellent to each other.”

Once someone lets you in, you go up several flights of rainbow stairs and find yourself in the 5,200 square feet hackerspace. Inside the space no one goes by their real names, and many shared that it’s common to not learn anyone’s real name for years. Instead, many go by a self-chosen alias.

Wheezy, a hacker at Noisebridge who chooses to work mostly with music, picked his alias from when he used to be ridiculed for constantly wheezing because he was overweight.

Splice is another hacker within Noisebridge. A game creator by trade, he has just recently begun visiting Noisebridge regularly. He said his favorite aspect of the Noisebridge space is the freedom.

“Even when I’m out in like a normal social setting I always feel like there’s some sort of like security,” said Splice as he was splitting open a display cable for his laptop. There was a huge hole, it looked burnt through. Splice had little experience, but was enjoying tinkering with the tech and trying to learn from it.

The space includes 3D printing stations, digital audio stations and a woodworking station. The word anarchy is repeated often within the space; to this community it represents the idea that there is no hierarchy. 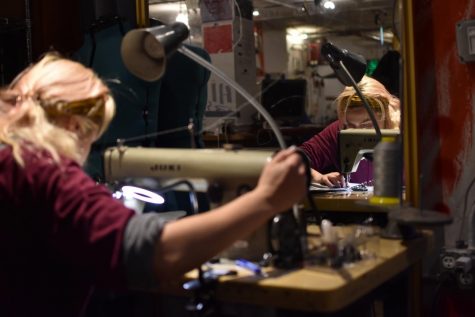 “Anarchy is fun,” said Tim, a regular user of the space who works in information technology. “This is one of the few spaces you can show up and whatever it’s free.”

Even the identity president of the space is kept secret to help promote the space’s value of having no one in charge.

Any one can come take a class, teach a class, take things apart and put things together or organize an event. Events held at the Noisebridge hackerspace often reflect their value of arts, technology, creative expression and anarchy such as “¡Wepa!”

Recently the community event “¡Wepa!” was held at the Noisebridge hackerspace, focusing on decolonization and the climate crisis. The event featured art shows, speakers and many live performances from a variety of artists, even some from out of state. Proceeds went towards earth justice.