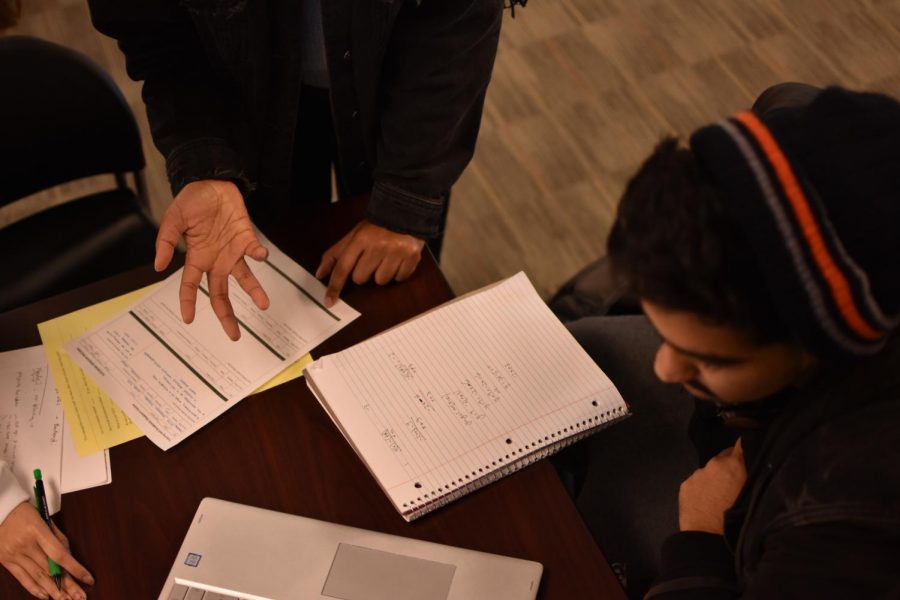 Gina Matteo first received on-campus tutoring from a student placed in her history GWAR class as part of the Campus Academic Resource Program, which assigned tutors to specific classes for individualized assistance, along with other types of help.

After acquainting herself with CARP, Matteo began contemplating the possibility of becoming a tutor.

“I was really nervous that I wouldn’t be able to tutor,” Matteo said, “because you can get straight As and not be a great tutor.”

Eventually, she became a CARP fellow for a History GWAR class taught by Sherry Katz, the same professor that taught her. Like her predecessor, Matteo attended class and assisted students.

In December, the Division of Undergraduate Education and Academic Planning closed CARP and the Learning Accessibility Center to make way for the new Tutoring and Academic Support Center. Matteo said her bosses assured her that she, like many other student employees, would have a spot available to them in the new space.

Today, Matteo is a project leader for TASC, which is located in Library 220 and opened on Feb. 10. Matteo recently helped a fellow tutor, Dani Poortinga, become the GWAR fellow for Katz, the class where Matteo got her start.

Coincidentally, Poortinga also initially got involved in tutoring after positive interactions with a GWAR fellow while taking Katz’s class.

The closures of CARP and LAC originated in a campus-wide operational review of all tutoring services. That review included three external reviewers, tutoring center employees from other CSUs, coming to SF State to assess the tutoring facilities.

The reviewers took issue with the fact that CARP and LAC were located within, “A single hallway connecting a handful of rooms. By design, the space is not conducive to having a centralized, easy-to-find reception desk – a significant barrier in welcoming students into the space,” according to the external review report provided by Kimberley Altura, the associate dean for undergraduate admissions.

“There’s always been a perception that two tutoring centers was confusing for students and faculty,” said Karen Wiederholt, the previous Interim director of the LAC.

Wiederholt, like Matteo, is a transplant from the defunct tutoring programs. She now serves as co-director of the upper division writing unit where she oversees approximately 45 tutors specializing in reading, writing and study skills, many of whom came with her from LAC.

The rest of the roughly 80 tutors currently employed by TASC specialize in math, science and business, according to Michelle Montoya, the new executive director for TASC.

“TASC offers both weekly appointments and drop-in sessions, depending on need and scheduling. Tutoring is available in most subjects. TASC also offers support via a variety of workshops, and even online tutoring in certain circumstances,” according to the DUEAP website.

Montoya recently relocated from Reno, Nevada, where she worked as a tutoring coordinator at Truckee Meadows Community College.

The new director expressed excitement over being able to “grow and be a part of something monumental.”

“I was at an institution that was not well funded or well supported with people… So to be here and have seven people at the table is the greatest gift,” Montoya said, referring to TASC’s professional staff.

Montoya also estimated that SF State has about three times as many students, and the campus is about ten times larger.

Due to the fact that the tutoring center is very new, it is difficult to know what to expect, or how much it will resemble the centers it replaced. For example, CARPs writing program alone operated approximately 900 tutoring sessions per semester, according to Matteo. However, there are no current quota goals for TASC, according to Montoya.

“We want to use this semester as a benchmark and grow from there,” Montoya said.

Above all, Montoya lists increased visibility as one of her priorities.

“We want to promote our services, let them know we’re here and the work we do,” Montoya said.