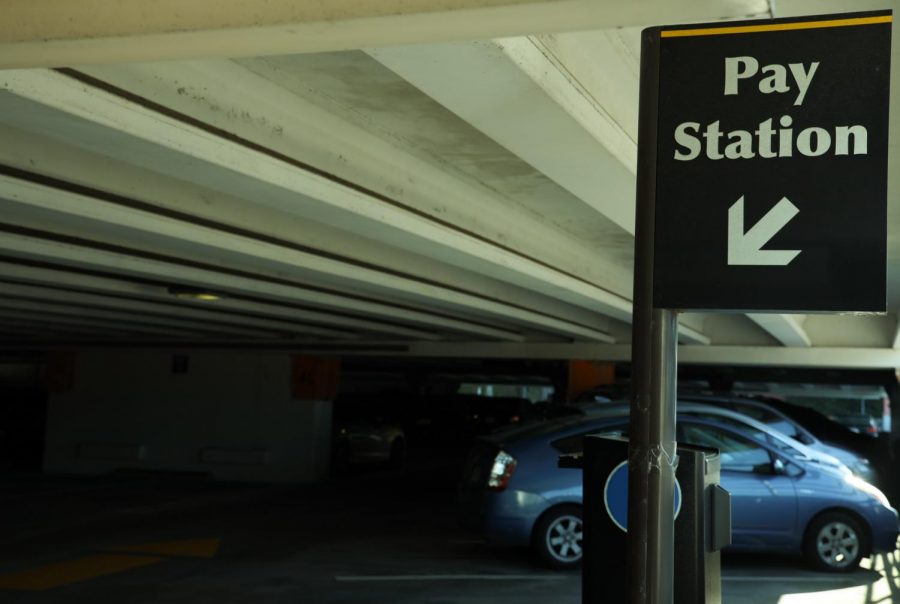 Associated Students have spoken in opposition to a 25% parking tax to be implemented on California university campuses later this year.

Parking at SF State has long been a gripe of the roughly 6,900 students that drive to school daily.

The cost of a daily parking permit is currently $8, or $640 for a Monday through Friday permit- the highest semester rate of any CSU campus.

AS took a stand against the tax, noting in a resolution letter directed towards the city and county that 17.7% of students already face housing insecurity and 48.6% experience food insecurity, according to an SF State study conducted in 2019.

“50 percent of the students at SF State receive the Pell Grant. They are struggling to even afford to get an education, so this is nothing but an added hardship. What if a student has to cut down their meals from maybe two meals a day to just one meal? There’s a lot of sacrifices that students are already making,” said Alondra García, vice president of external affairs for Associated Students.

After the tax is put into place, the cost of a daily permit could rise to $10, or $800 per semester for a 5-day-pass if the university passes the entirety of the cost onto students.

“In June of 2019, the California Supreme Court ruled that drivers who park in state university parking lots owe parking tax just like anyone else who pays to park in San Francisco, and that the state universities must collect the parking tax,” said Molly Cohen, acting policy director for the Office of the Treasurer and Tax Collector, representing the City and County of San Francisco. Cohen also shared that money collected from the tax will be deposited into the General Fund of the city.

SF State, UC Hastings School of Law, and UCSF had all seen success in early rulings against the tax increase. However, in June 2019, the state Supreme court ruled against the universities.

Voted in to place in fall 2017, the Gator Pass allows students unlimited rides on Muni, as well as a 50% discount on BART from Daly City Station. This fee is included in every student’s tuition, whether the pass is used or not. SF State pays nearly $3.7 million to SFMTA each semester to fund the pass.

The SF State Office of the President addressed the office of Mayor London Breed on Dec. 4. The letter written by Chief of Staff Noriko Lim-Tepper and Jason Porth, V.P. of university enterprises, details a plan to mitigate the 25% tax on students contingent on the continuation and expansion of the TDM/Gator Pass program. The university also encourages the city to participate in growing public transportation initiatives, stating the need to pay for food, housing and school supplies as a need that eclipses transportation costs. SF State invited the city to meet with student leaders to discuss and hear first-hand experiences.

San Francisco State is working under guidance from the CSU system to respond to the court rulings. Proceedings will be announced to the student body in the coming weeks.