Diversity should move from the classroom to workspace 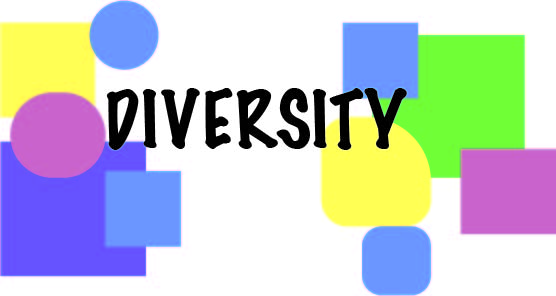 Every year around the summer, universities across the country congratulate students for having success completed their needed requirements by awarding them with a degree that will set them up for success.

According to the Office of Institutional Research, 57% of first-time full-time freshmen students who began their education at SF State in 2013 graduated the year of 2019.

The last day to file graduation applications was Feb. 21 and as graduation is slowly approaching, I wonder how much of the diversity concept we learn in the classroom really follows us into the real world.

In the classroom the diversity concept pertains to gender, race, and social and economic background. Our education has allowed us to understand how every identity intersects and is important since it creates a variety of different backgrounds to people’s lives and identities.

One of the basic social constructs within the diversity struggle in the workplace is gender. Many workspaces are not gender inclusive and at times lack the knowledge to be inclusive. The hiring process alone can be challenging when someone is asked to identify their gender. Even more progressive times personal bias can influence the hiring process.

Simarjit Singh, a senior at SF State majoring in business with a concentration in accounting, does not think the Bay Area faces diversity challenges in the workplace. His interviews for potential jobs/internships have been with just as many females as males.

“At that same time I would also say there have been times where I have seen some bias on the part of professional towards one gender over the other. I guess more than a few times I would say it’s been more favorable towards being a male than being a female. But that has been on an individual level not an organization.”

As a social construct, gender has been the selection on job applications between two boxes labeled female or male. Now some locations provide an additional box reading “other” which undermines the existence of everyone else by bunching them up in one category.

Gender is complex because not everyone identifies as either male or female and the word “other” disregards the person’s identity. From someone who is still learning and dismantling the social construct that has been outlined over the years, I find it crucial that we open the conversation in the workplace. Something brought to my attention in the matter is, “why bother asking?” personal identity is irrelevant to the job.

As a social construct, gender has been the selection on job applications between two boxes labeled female or male. Now some locations provide an additional box reading “other” which undermines the existence of everyone else by bunching them up in one category. [/pullquote]Some may wonder how gender alone can create any change in business. Having a more diverse working environment will allow for more connections with those who interact with said diverse businesses.

For example, if a therapist can better understand the struggles and cultural norms of gender, race, culture and social economic background then there will be more success behind the therapy session. Hiring diverse employees would also allow for the therapist who doesn’t connect with you immediately to learn how to connect with your struggles and cultural backgrounds from their colleagues who do.

“Taking my own personal experience. I had Asian, specifically Chinese students along with me in this one class, along with African Americans, and some of my Indian friends. So when it would come to an activity or problem solving assignment sometimes you think in a certain way and then a different group will think in a different way,” said Siddhi Rote a junior at SF State majoring in computer science. “The approach of Chinese students was different and was very unique I would say. So that’s how I came to know because they have been taught in different ways the mathematical expressions. So we get to learn and explore other solutions. So that is how it helped me to educate myself in other ways. That’s how I feel like its good to have diversity around you- you get to grow.”

As we move into the world with degrees in hand, we should really open up that conversation within the workplace about how we should be much more inclusive and diverse.

“Diversity is something that is so important but its so rarely mentioned. I feel like at my previous work place, PF Chang, which I worked there for so long and saw so many people go through I wish that would have been something we should have talked about,” said Alexandria Lalama a senior at SF State majoring in philosophy.“I feel like its underlined in everything we do but in a job setting it is not always talked about because it is assumed.”