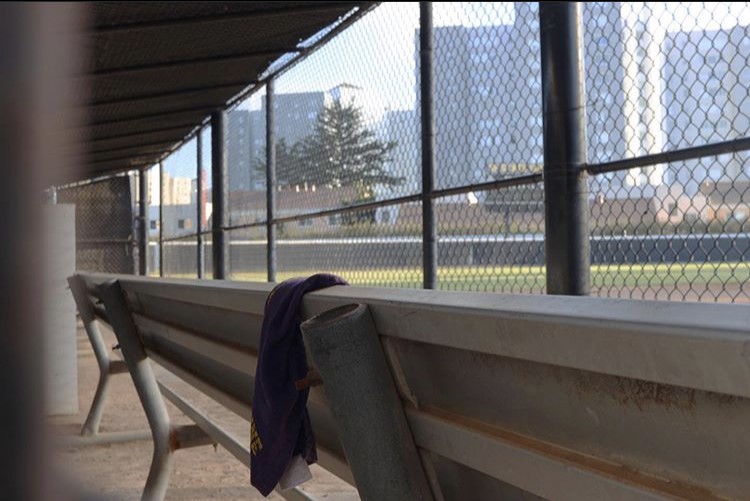 UPDATE: Since publication, the National Collegiate Athletic Association has taken more action to combat the COVID-19. On Thursday afternoon, the NCAA released this statement:

NCAA President Mark Emmert and the Board of Governors canceled the Division I men’s and women’s 2020 basketball tournaments, as well as all remaining winter and spring NCAA championships. This decision is based on the evolving COVID-19 public health threat, our ability to ensure the events do not contribute to spread of the pandemic, and the impracticality of hosting such events at any time during this academic year given ongoing decisions by other entities.

The same goes for California Collegiate Athletic Association, the Division II association that SF State’s teams play under. That means SF State Track and Field athletes, Alexis Henry and Justin Pichedwatana, will head home and not participate in the NCAA Division II Track and Field Championships in Alabama this weekend. SF state has suspended all athletic activities, including baseball and softball, and will move forward “day by day.”

The NBA’s commissioner Adam Silver announced the NBA will take a 30 day hiatus and they expect to resume the season, “if and when it becomes safe for all concerned.”

As the COVID-19 has swept the globe, it has officially crept its way into the sports world – including SF State’s athletics. On Monday night, SF State’s President Mahoney emailed members of the SFSU community to inform them that all face-to-face classes will be suspended until April 5. As for the athletic teams, it is a fluid situation that is dependent on when their season takes place, according to Senior Associate Director of Athletics Brandon Davis.

“Athletics is working with the University and conference to implement best practices, and monitoring what other NCAA programs around the country, and particularly on CSU campuses, are doing in response to the COVID-19 outbreak,” Davis said. “As of Monday, SF State student-athletes who are currently in their championship segment season are continuing their training and will travel to their scheduled events this weekend.

All athletics-sponsored activities for fall and winter sport student-athletes who are no longer in their championship season have been halted to coincide with the April 5 date set forth by the University. We will continue to evaluate the safety of our student-athletes and make adjustments as necessary.”

Therefore, sports such as basketball, soccer and volleyball are among those that are to immediately stop their offseason programs until school resumes on April 5. At the moment of publication, sports like baseball, softball and track and field will continue their normal schedule until otherwise noted. All three sports are on the road this upcoming weekend. Baseball will travel to Southern California as they take on Cal State Dominguez Hills, softball will also head south to play Cal State Monterey Bay and Track and Field will travel to Alabama as they take part in the NCAA Division II Championships.

The SF State Athletic Department isn’t the only one taking precautionary measures. The NCAA has also released a statement stating that only selected officials and parents will be allowed to attend the upcoming March Madness tournament basketball games. However, conferences like the SEC, PAC-12, Big East and Big 12 are among that many that have canceled their conference tournaments. The NCAA March Madness tournament could be next.

Professional sports have taken their own precautions. Utah Jazz Center Rudy Gobert tested positive for the coronavirus on Wednesday evening right before the Jazz tipped off against the Oklahoma City Thunder. The league swiftly responded by canceling the game and proceeded to suspend the current season until further notice.

Both teams, including some media members, were immediately tested for the virus. Congress has been expressing frustration as to why the United States has not been able to test individuals for COVID-19 as quickly as other countries have been able to, leaving some wondering how exactly the NBA got 58 tests in just a couple hours in order to test their players and personnel.

The NBA stated that they will “use this hiatus to determine the next steps for moving forward in regard to the coronavirus pandemic.” The MLS followed in similar footsteps and decided to put a halt to the current season for the next 30 days. The MLB and the NHL have also both decided to suspend all operations indefinitely.

It is also worth noting that the Summer Olympics are scheduled to take place in Tokyo, Japan, a country that has had over 1,000 COVID-19 cases reported. The Olympic committee is still awaiting a decision on whether or not to postpone the event that would include 206 countries. The sports world has taken serious steps to combat the coronavirus in the best way possible and it is clear that this global pandemic needs to be treated with severe action.