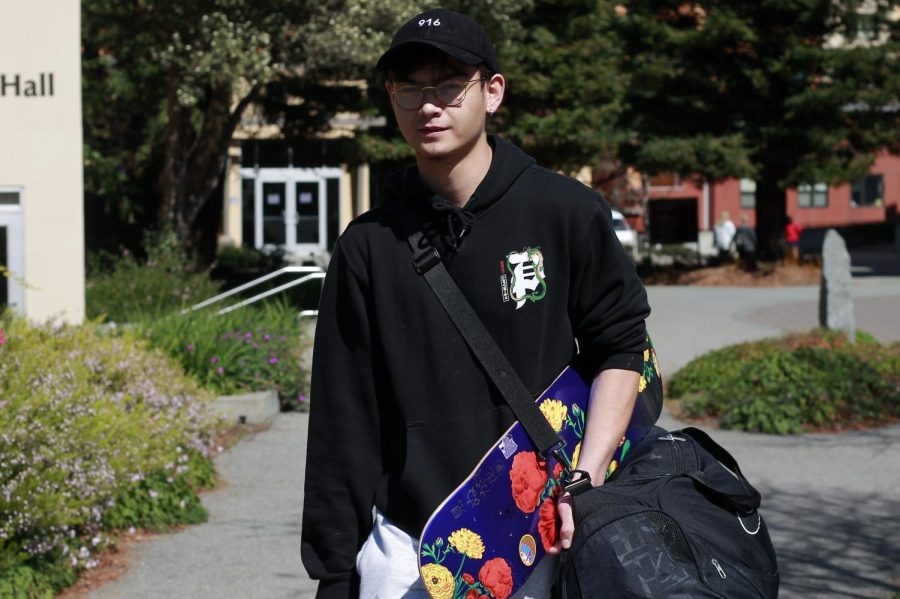 SF State’s Residential Life “strongly urged” campus residents to leave their housing by the end of the week in an email on Tuesday.

One day after SF State President Lynn Mahoney announced the suspension of face-to-face classes, Director of Residential Life David Rourke and Executive Director of Housing Dining and Conference Services Jeny Patino said they expected students to “make every effort and use resources to return home” and turn their keys in by Friday.

The pair instructed any students unable to leave to contact the housing office, but the phrasing of the message left some residents under the impression that evacuation was mandatory. Rourke and Patino did not return requests for interviews.

“We are international students, we don’t have a home in the United States,” Ohana said.

Melissa Lambert, the mother of a campus resident, also believed the recommendations were compulsory after she read the email from Residential Life. In response, she posted to Twitter attempting to open her home to a student in need.

“Just found out my daughter’s housing at SFState is essentially kicking them all out by Friday. We might be adding a student or 2 with no where else to go,” Lambert said in the tweet.

“It was just kind of shocking that they would just throw that out there and not expect people to be completely freaking out about it,” Lambert said. “I wouldn’t be surprised if there was a bunch of people protesting out there.”

In fact, a post circulated through social media on Tuesday night called on residents to protest in front of the University Housing office on Wednesday at 2.p.m.

Andrea Jimenez, a Mary Ward Hall resident, went to the protest due to fears that she might be forced out of her home.

“I actually did email to stay on campus… and also my roommate did too, but both of us haven’t heard anything back,” Jimenez said.

By 2:30 p.m., however, no discernable demonstration had developed and any prospective protesters merely meandered around the margins of the space before leaving.

The low attendance might be due to a follow-up email sent to residents on Wednesday morning, where the same two aforementioned administrators acknowledged the agitation created by the original announcement.

“We apologize if this caused any undue stress or anxiety and therefore, want to provide further clarification in this message to you. Let’s be clear. Housing remains open” the email read.

However, despite the efforts to create clarity, conflicting information remains.

Notably, Glassman did not rule out the possibility of relocation.

“I would say that every option available is being considered and would be considered if we need to adjust that in any way for health, safety, any of those kinds of concerns.”

Students who do remain on campus, whether out of choice or necessity, will discover a much less lively environment than they may be used to. In the days following Mahoney’s cancellation of events and classes, campus has become distinctly barren.

From Mashouf to the Depot, all but a few programs and departments have temporarily closed.

Some notable exceptions are Gator Groceries, which provides free food to students, will remain in operation, and the front desks at the Centennial Village and University Park North, which will remain open around the clock for now.