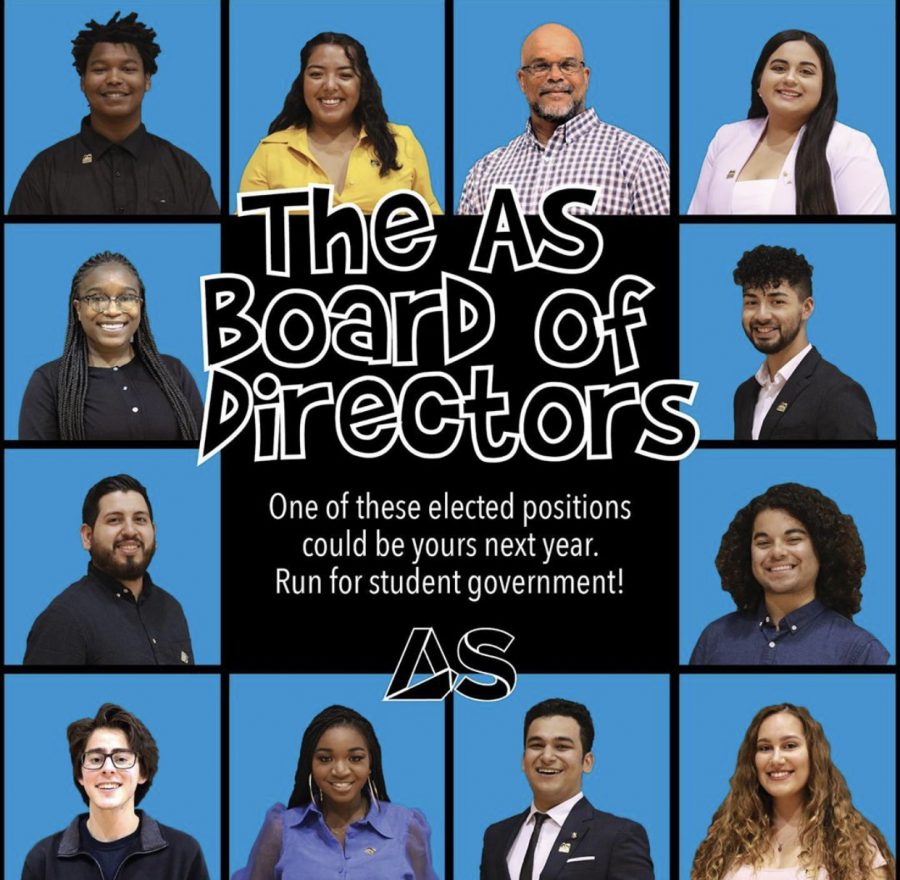 As the Associated Students Board of Directors elections approach, the spread of COVID-19 puts a strain on future student government plans and events at SF State.

The filing period for office elections was originally set from March 2-19 for any SF State student that would be interested in serving on the Board of Directors. However, the first AS board meeting concluded that the deadline would be extended until March 31.

Last year’s AS elections had a low voter turn-out for the presidential election, which could prove to be even more of an issue for this upcoming election amid the coronavirus outbreak.

Christine Amador, AS Leadership Development Coordinator, oversees the elections commissioner who runs the student elections and essentially helps the board of directors in learning their roles.

Associated Students elections were originally scheduled in April. However, due to the current status of the COVID-19 outbreak, Amador believes that the date will be subject to change within the near future.

“The board of directors are students, first and foremost,” Amador said. “We’re taking all of our leads from the university’s administration in terms of asking them to conduct meetings via Zoom versus in person.”

Amador noted that a detailed plan to increase student involvement in this year’s election was originally made, but is no longer viable. Despite this issue, Amador intends on creating a social platform presence for AS to encourage virtual engagement.

“I am personally working with a lot of administrators on campus in order to try and get mobile push notifications,” said Amador when discussing various digital outreach techniques for student voter participation.

Mayor London breed publicly announced that the shelter-in-place order has been extended to May 3, encouraging all residents to stay in doors in efforts to contain the spread of the coronavirus.

Tonee Sherrill, executive director of AS, said that the board is doing its best to support students during this fragile time.

“There is just a lot that we’re trying to consider in moving forward,” Sherrill said. “I think my highest priority as an executive director is to make sure that associated students feel supported. And then again, making sure that the business of the organization still moves forward as much as possible. But at this point, the main priority is survival right now.”

A public meeting via Zoom amongst all AS members discussed future plans and preparations that may need to be implemented or changed in support of remaining AS students on campus.

“The associate vision truly is trying to be the voice of the students and we’re sensitive to what is happening currently on our campus as well as in our community and worldwide,” Amador said. “Hopefully, at the end of this we will have a very robust election with a lot of student participation, because we really do want to make sure that the student voice is being represented on this campus.”

Jennifer Ramirez, vice president of internal affairs, was concerned with student participation, but is hopeful that AS will take advantage of digital outreach for election campaigns.

“I think it’s definitely a little bit harder to have campaigns where you can[‘t] be able to speak to people and actually connect with them and interact with them,” Ramirez said when discussing the effects of not having in-person outreach for upcoming elections.

“I think that [is] going to be the hardest part,” said Ramirez . “But now that everything’s online, I think [it] would be a little bit easier to have advertisements.“

“I highly encourage everybody to vote because a lot of people are not aware of Associated Students,” Ramirez said. “They’re aware of some services that they use, but don’t know who is behind them.”

Services such as Gator Groceries is partnered with AS, which provides two sources of food distributions to SF State students that may lack reliable access. Other services include election voting information, Project Rebound and funding for on-campus student organizations.