Photo of the day: Finding solitude 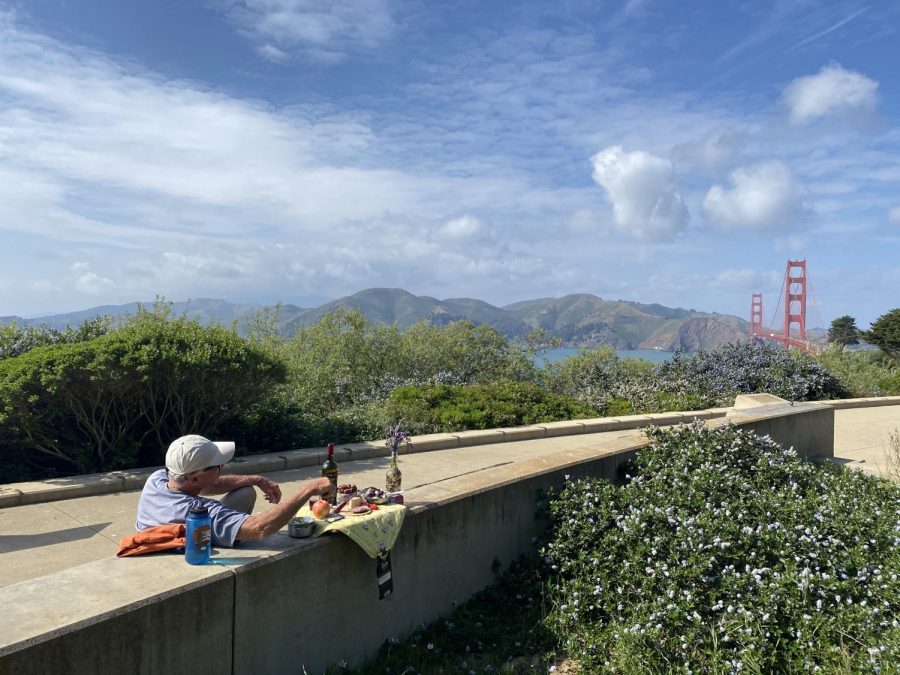 A man enjoys solitude with a side of vino while enjoying a nice view, despite park shutdowns in San Francisco. ​(Sandy Scarpa / Golden Gate Xpress)

I was driving through the Presidio when I noticed this man. I immediately pulled over the car to get out and capture this picturesque scene of what I define as bliss. There was a bicycle loaded with bags and this man sitting next to it, enjoying sliced cheese and wine while taking in the beauty of the Golden Gate Bridge. I asked for his name and the only thing that he told me was that the police refer to him as “the drunk wine and cheese guy” so I jotted that down and left so this man could continue enjoying his peace. When the shelter-in-place began I noticed that there was a surplus of people, more than usual, enjoying the plentiful parks and beaches San Francisco has to offer. This seemed counter-intuitive to the quarantine because people were still crossing paths, increasing the risk of the virus spreading. Since then, parks have been barricaded and entrances have been blocked to inhibit gathering in these public spaces. There are still safe ways to get exercise and a fresh breath of air, you just have to keep your distance and find your spot.