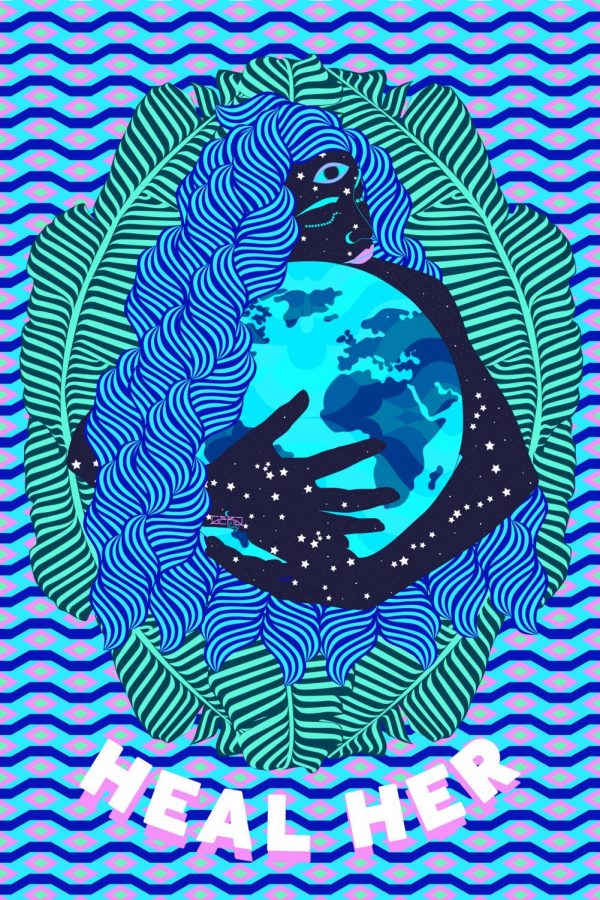 The 50th annual Earth Day may be spent with some of the cleanest air since before the celebration’s beginning. But the seeming improvement, as reported by journalists and shared across social media, doesn’t stem from climate activists’ decades-long struggle for climate reform. Rather, regulations to prevent the spread of COVID-19 have coincidently led to cleaner air worldwide.

In 1970, the first Earth Day “launched a wave of action” that resulted in landmark laws for the oceans and environment. American politics were forced to confront climate issues on a mass scale. The movement led to updates to the Clean Air Act, the creation of the Clean Water and Endangered Species Acts. The cascade of environmental protection legislation also gave rise to the United State government’s Environmental Protection Agency (EPA) the same year. The EPA has since slashed pollution from the six most common sources in half. Despite the country’s GDP tripling, vehicle and energy use doubling in the last 50 years, “the EPA eliminated the use of ozone-depleting chemicals and reduced air toxins from large industrial sources by almost 70%,” according to their guide on clean air.

But it wasn’t until the pandemic rocked the ecosystem that residents of car-dependent Los Angeles, California saw a clearer skyline for more consecutive days than ever recorded, according to the EPA.

A side effect of the pandemic is, literally, a breath of fresh air. But most of humanity can only observe the clear skies from behind windows or computer screens, due to stay-at-home orders and worldwide shutdowns.

The visible results of a paused economy are being interpreted by many as hope for a healing planet, but such hopes may misjudge the earth’s current health status, according to The Scripps Institute of Oceanography.

The final results on overall emissions are difficult to foresee, due to uncertainties in the duration and continued economic impact of the pandemic. However, climate scientists at Scripps predict that the current lull in greenhouse gas emissions is only temporary.

Data from past economic crises and China’s air pollution patterns since easing lock-down measures demonstrate that the current slash in pollutants globally may only drop carbon dioxide emissions  by 0.5- 2.2 percent for the year, if at all. That drop in the bucket may become futile if humans resume their previous lives as before COVID-19.

While humanity’s lockdowns and shut-ins have limited cars on the road contributing smog to the air, “fossil fuel use would have to decline by about 10%around the world, and would need to be sustained for a year to show up clearly in carbon dioxide levels,” according to The Scripps Institute of Oceanography.

The pandemic is also generating an increase in medical and hazardous waste.

According to The Breakthrough Institute, an environmental research center based in Oakland, the COVID-19 pandemic may be yet another challenge to an eco-friendly future. The economic shutdowns have slowed efforts to create, improve and promote the low-carbon technologies needed to bring balance to our ecosystem. This, combined with the possibility of restarting the economy on the same fossil fuel-dependent track, may negatively affect the global decarbonization trajectory.

Many may wish to believe that while humanity is suffering, at least Mother Earth is thriving. Desperate for a silver lining to COVID-19’s disruption to business-as-usual, many have fallen susceptible to consuming and sharing fake news stories regarding the state of the planet. These stories have misplaced the hope of thousands. Viral tweets about the Venice canals housing dolphins have been debunked, but only after achieving internet stardom. In addition, the swans that have reportedly “returned” to the canals are, in reality, frequent visitors of Italy’s tourist hot spot. The rumors of animals “taking back” a human-less world also spread quickly, but were only daydreams — accepted to subdue the nightmarish reality facing much of the world.

On this day of celebration, the earth deserves a truthful analysis of the virus’ effect on it.

Solace in the tragedies of COVID-19 are not to be found in the idea of a self-healing planet. This mentality would relieve us, the planet’s inhabitants and primary polluters, of responsibility to change our own systems and culture.

A Yale University analysis suggests that COVID-19’s drastic effect on millions of lives may serve to educate us on the value of mutual aid, and remind policymakers what disasters are in store for humanity should the economy continue to ignore climate experts precautions.

Not too long ago, it would’ve been absurd to suggest the entire world economy would shut down, global supply chains would break, and that within four weeks, 22 million Americans would apply for unemployment benefits. Nor, would anyone have guessed that most of the world’s population would be required to stay at home.

Everyone’s lives were suddenly upended in the face of a global disaster. A reality, experts say, that is not far off from what will happen if we continue to prioritize economic interests over the planet’s needs.

The Union of Concerned Scientists writes, “the direct impacts of climate change are devastating by themselves, but they also worsen existing inequalities and conflicts. For example: hotter temperatures and droughts will make corn, wheat, and other staple crop supplies less stable, leading to price spikes and foot shortages. The roughly 800 million people currently living in extreme poverty will be most affected.”

COVID-19 has already highlighted the way in which disaster situations have  exaggerated effects for disenfranchised communities. A Harvard University study has linked the consumption of poor-quality air to a higher COVID-19 mortality rate. This research demonstrated that people living in polluted environments are in greater danger of the virus. This threat will fall disproportionately on communities of color, as they are subject to the socio-economic factors and institutionalized racism that placed their communities in high-risk areas of unhealthy air-quality. In addition, this issue will become even more prominent as the planet warms.

“It’s important to think critically during this time about what ‘normal’ was,” Marsh said. “The path we were on wasn’t a sustainable one — or one that took our relationship to the earth into account. It was very much about taking what we wanted and needed without considering giving back or thinking of future generations.”

Fossil fuels have been used extensively since the Industrial Revolution, and they were long thought to be inexhaustible. However, the Environmental Literacy Council warns that, “we have already surpassed a peak for oil extraction and production, and that it is only a matter of time before natural gas and coal follow suit.”

The panic, destruction and loss of lives we’re experiencing due to COVID-19 could become societal norms when we begin experiencing the global disasters climate change promises.

Or the current clean air could be a taste of a carbon-free future.

Optimists, as cited in the Yale Article, hope that, through dealing with COVID-19, “society as a whole will recognize the power and ultimate duty of governments to act decisively in the common interest, whether enforcing lockdowns or moving aggressively toward zero emissions.”

However, the article also outlines a bleaker alternative, in which financial resources are drained in an attempt to prop up the economy and revert to business-as-usual. In this scenario, climate regulations may be ignored or abandoned all together.

“The virus has created an economic crisis, and people will be less willing to pay for saving future generations,” explained Dieter Helm, an energy economist at the University of Oxford, in the article.

Marsh, who grew up on a marine reserve in Carmel, remarked that it’s been interesting to observe governments “being more open to funding, accommodating, and providing things they’ve previously deemed impossible. For example, giving money to small businesses and supporting people with a universal income, which can make living a more sustainable lifestyle more accessible. The COVID-19 crisis has highlighted what has been possible this whole time.It’s just a matter of shifting priorities within the government and applying political pressure.”

According to a recent U.N. report, truly reducing the trajectory of the atmosphere’s CO2 levels can only be achieved with long-term, systematic shifts to our politics and lifestyles.

The pandemic crisis presents humanity the chance to revamp our infrastructure when designing economic stimulus packages. Right now, the U.N. states, “there is a real opportunity to meet that demand with green packages of renewable energy investments, smart buildings, green and public transport, etc.”

Ultimately, it is human action, during and post-COVID-19, that will dictate whether the pandemic was a saving grace or the nail-in-the-coffin for climate reform.

This Earth Day, Wednesday, April 22, is a chance for the public to participate in creating a vision for our future. EarthDay.org will be “flooding the digital landscape with live streamed discussions, a global digital surge, and 24 hours of actions” that are simple, accessible and possible to take from our home-bound state.

According to the website, “The urgency has never been greater, and the stakes have never been higher – we are now in an environmental emergency and a climate breakdown. We have two crises: One is the COVID-19 coronavirus pandemic. The other is a slowly building disaster for our climate.”

The Environmental Protection Agency is tasked with researching and preventing these impending climate disasters by regulating industries within the US and its territories. But the division of government has been on the chopping block since President Trump announced sweeping rollbacks of the very environmental legislation Earth Day helped create. However, the organization is still, under the Federal Pesticide law, registering and ensuring the efficacy of surface disinfectants. This makes the organization an active participant in the fight against COVID-19.

The EPA has been busy updating its website with answers to FAQs regarding the virus, both in relationship to the environment and public safety. They published a list of products useful in disinfecting SARS-CoV-2 and are taking actions to ensure clean water for drinking and hand-washing to Americans. Additionally, on April 17, aiming to help protect first responders and medical personnel, the EPA transferred 297 boot covers, 7,300 gloves, 232 protective suits, and 80 safety glasses to the Federal Emergency Management Agency.

EPA researchers are analyzing and developing large-scale disinfecting methods, such as electrostatic sprayers and foggers to use with EPA-approved disinfectants in order to kill the virus.

In the interest of accurately tracking public health, they are also pursuing an “an easy, non-invasive, and reliable antibody assay to help determine the true infection rate across the country.”

The COVID-19 pandemic has proven that people can do what had been previously thought unimaginable. In shutting down society, we may now transform it.

Marsh, a former Climate Justice teaching assistant and an Environmental Science student, now tries to consider what our future with the earth could look like. “I’ve seen a lot of posts with this narrative of ‘oh look at nature taking back the city,’ and ‘look what the world can do without us’… but that is based on this premise that humans’ relationship to the earth is inherently destructive. Does it have to be that way? Of course, the answer is no.”

Humanity’s health is dependent on that of the planet we inhabit. In other words, reform that prioritizes the earth will allow humans to continue living on it.

While dealing with COVID-19, the earth’s recovery from decades of abuse is not a silver lining, but a potential lifeline.