Hippie Hill remained closed due to the COVID-19 outbreak 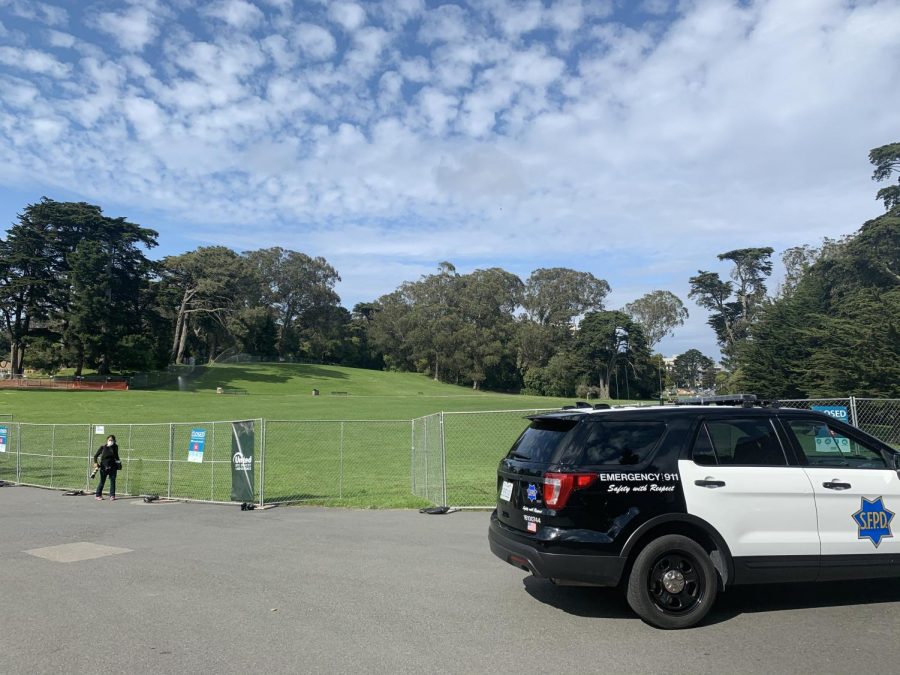 On April 20th, Hippie Hill was locked and barricaded due to the COVID-19 outbreak.

This new barricaded structure was to keep out anyone, who would ignore the announcement from our Mayor London Breed.

This hangout place for most individuals in Golden Gate Park, is a place of tradition and where they gather together to celebrate what we know as 420.

420 is a cannabis culture celebrated where individuals smoke and hangout in peace and friendship.

Hippie Hill was introduced during the era of “summer of love” in 1967.

“This west coast public park was originally inspired by the spacious Central Park in New York, but Golden Gate Park ended up bigger and with a lifestyle that showcases the local culture of San Francisco,” according to Green Rush.

Since the shelter-in-place took place earlier this March, many individuals celebrated this cannabis holiday either indoors or to themselves.

But yet, some were willing to take the risk and see if any other individuals joined in on this holiday.

Adriana Sparkuhl, took pictures of the barricaded field during 420.

Sparkuhl has lived in San Francisco, for over 17 years. She and her roommate were curious to witness if anyone else was coming to celebrate the holiday.

“I have definitely seen my share of big giant smokes of air, from this field for sure.” said Sparkuhl. “I’m actually surprised no one is here, there have been so many people at the Golden Gate park since the pandemic. I usually go hangout at Dolores, but it’s always a tradition to match 420 with people.”

Along with Sparkuhl was her roommate Marisa Naughton, who just recently moved to San Francisco. The event was her first Hippie Hill experience.

“I’ve lived in SF for only a year, and today would have been my first 420,” said Naughton. “It’s smart that they are taking these precautions during this pandemic. But also it would have been cool to witness or experience the day”.

Mayor London Breed took the initiative to take action on 420 for the safety of others, she commented “That anyone on Hippie Hill during 420 will not be tolerated.”

Following her statement, local Bay Area artist E-40 tweeted, “I really want you guys to stay in, we all love 420, but please don’t disobey the game, right now the game needs us.”

E-40 then went on to say in the tweet that he knows individuals personally who have been infected with COVID-19, and it’s real. A reminder to stay home and stay healthy.

Some Sacramento residents plans got canceled, when they heard of the announcement of the 420 events and activities.

Miranda Sanchez and Jose Mendoza, Sacramento State students are always looking forward to Hippie Hill to fill their attributions towards the cannabis culture.

“During the beginning of this year I had plans to attend Hippie Hill, to celebrate 420, but with all this going on I still plan on celebrating it, even if it’s not at Hippie Hill.” said Mendoza.”420 represents a celebration of the marijuana culture, from its variety of benefits from medical use, to how it helps people connect and meet new individuals.”

Sanchez has only visited San Francisco a couple of times, but never had the chance to signify the cannabis holiday.

“Hippie Hill is a trademark of people who come together for chill times, and love. I never got the chance to visit, either I’m working or things come up.” said Sanchez. “But the times I have seen it on social media, it looks like a good time.”

Governor Gavin Newsom, gave the order for the shelter-in-place on March 19, without a conclusion when he will allow California to open again.

On April 14th, he detailed a plan on a six step basis on when he’ll decide when we are ready or not. These steps include expanding testing, protecting vulnerable populations, making sure hospitals can handle a rise in cases, and for public spaces to continue to allow physical distancing

Things will not return to a new normal until these things are met.