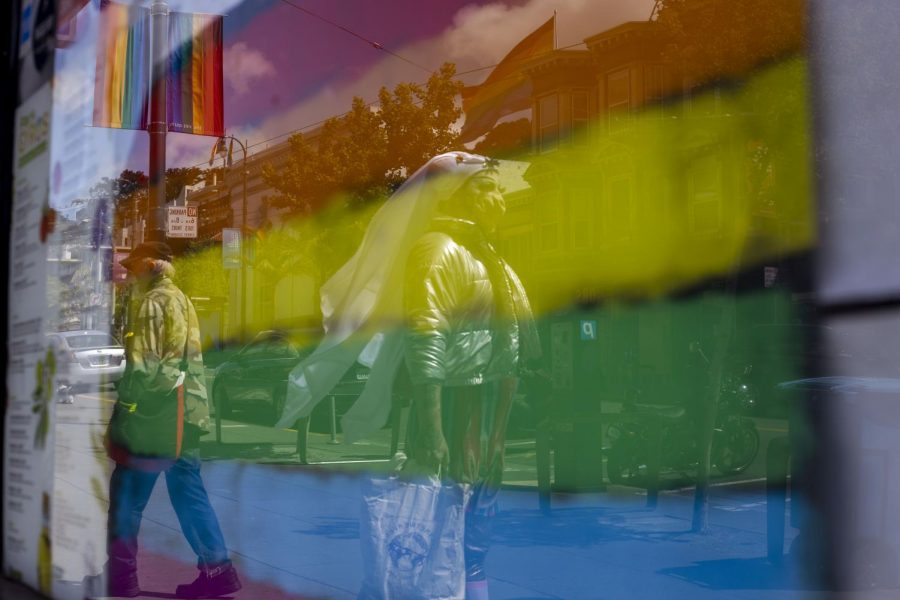 The San Francisco Pride committee canceled their 50th anniversary parade of physically showcasing in the streets and instead moved their celebration joining a constellation of Pride organizations worldwide in a “Virtual Global Pride” on Saturday June 27.

“This year’s annual S.F. City Pride Parade has been cancelled; however, SF State will continue to showcase our pride for the Month of June and contribute to the City’s virtual celebration,” said Memberships and Outreach Coordinator Ryan Samuels. “We welcome all Students, Faculty, Staff, Alumni to join our committee.”

In previous years, SF State students have walked along other LGBTQ+ individuals and allies in the parade with their own designed truck and T-shirts. This year students will not march in the streets but plan on creating their own parade virtually.

“I would hope SF State is included in the Virtual SF city pride parade,”  Samuels said.

The parade was scheduled to be on June 27 and 28, according to the board of directors of San Francisco Pride due to large-scale events precluding during the pandemic.

SF State’s planning committee has created a drop-in Zoom meeting for students and staff to decide on the alternative ideas to continue to show their pride while sheltering in place.

The committee welcomes all members to join the meeting on May 1 from 12 p.m. to 1 p.m. to have other LGBTQ+ students participate in planning the remote Pride Parade.

The committee discussed continuing to distribute T-shirts to those participating so individuals can create their own designs remotely.

“Love the idea about showing off T-shirts…we can maybe work out some of those details once we discuss the idea a bit more with our committee,” Administrative Support Coordinator for New Student Programs Sarah Pishny said.

The logistics of sending out fabric pens and materials to participate is still a work in progress, but committee members want to be able to connect with students in any way.

The planning has evolved into the committee spending their parade funds into coming up with ideas of having a DJ on Zoom while students shelter-in-place.The committee plans on having a DJ play live in order to add to the celebratory vibe of their pride with the excitement of hearing music being played in their own homes.

“Pride parade to me is a way to celebrate inclusivity and to show our presence for everyone to feel like they belong,” Samuels said.

Since this will be the 50th anniversary of the Pride Parade, the committee wants to bring a drag queen element into this year’s theme. Some ideas were having drag performances through Zoom and decorating stuffed bears in drag.

The Grand Marshals and Honorees of San Francisco Pride are paying tribute to lesbians, gay, bisexual and transgender community who have made contribution to the causes of this community.

“For me, the Pride Parade is a way to honor and celebrate the many generations of queer and trans people who have paved the way before me,” Pishny said. “It’s a time for me to remember the many sacrifices of those people that allow me to live my real and truest self and celebrate the joy in being queer.”