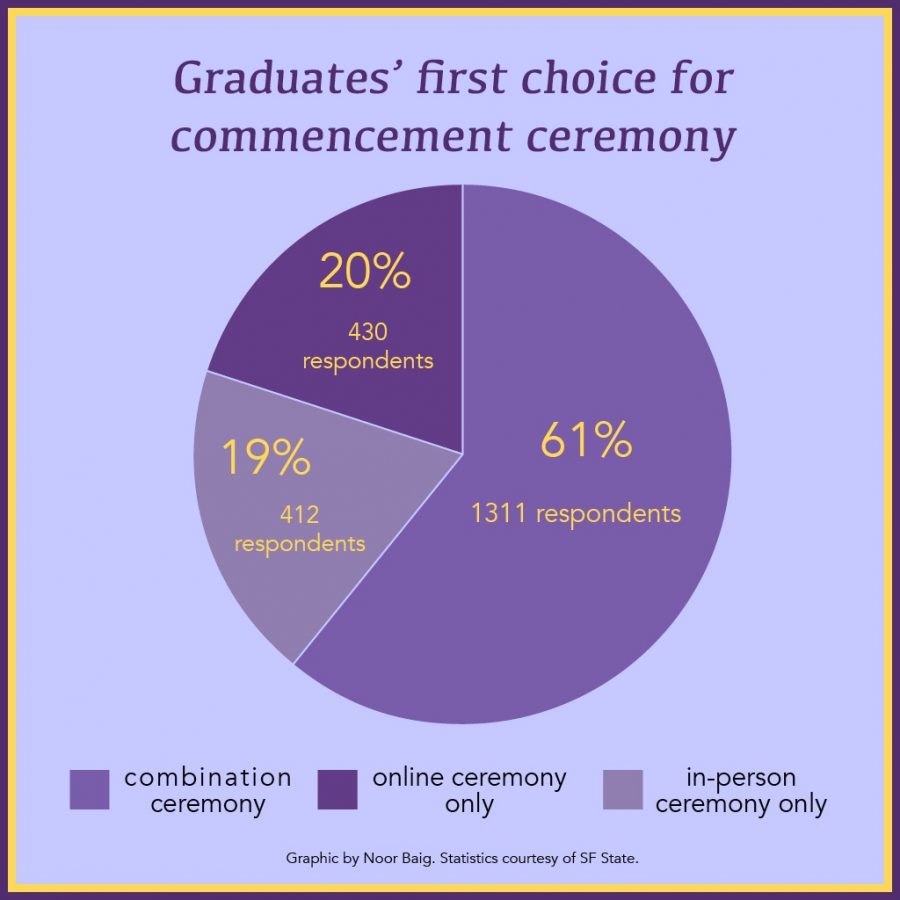 The combination ceremony was chosen following a survey sent to Fall 2019 graduates and Spring 2020 graduation applicants, who ranked the options of having an online recognition, an in-person ceremony, or a combination of both.

“We will work on a date for an in-person ceremony, hopefully in spring of 2021, and keep you informed as we learn when we are allowed to resume large events,” Mahoney wrote.

Spring graduate Evelyn Galtman said she voted to wait for an in-person ceremony, as participating in a virtual commencement would be more upsetting than celebratory.

“It’s hard for me to even concentrate on my classes and stay focused, it just doesn’t feel like I’m graduating, which is not the best feeling,” Galtman said. “I’m just trying to remind myself that I put in the work and technically I still did it. I’m still the first in my family to graduate from college.”

Most students who voted for some form of in-person ceremony also answered that they would prefer it to be as soon as possible in a smaller venue, as opposed to in 2021 at Oracle Park, despite the possibility that a sooner commencement ceremony held at a smaller venue could limit the number of tickets available to friends and family.

Of the 75% of respondents who said they would attend an in-person commencement, about 29% said they would not be living in the Bay Area in 2021, but would return for a ceremony.

Spring graduate Topanga Cooper said she wasn’t surprised that there may not be a commencement ceremony by the end of 2020, but is disappointed nonetheless.

“I’m really big on traditions, so even though I didn’t really want to, I was hoping to get my pictures taken at the bridge with my cap and gown, going to my friend’s major graduation and sitting with my friends at Oracle Park freezing our butts off,” Cooper said.

“I was even looking forward to having a graduation party, and I hate parties. But being able to celebrate this big change in my life with friends and family around me was something I looked forward to,” she said.

“It’s great that the university is working to have an in-person commencement once it is actually possible to gather in very large crowds,” Carrillo said.

Nearly 100 people have signed a change.org petition to hold commencement at Oracle Park by the end of 2020.

“You graduate at an unprecedented historical moment, but it is one that will pass,” Mahoney wrote, “and the degrees you earned here, the skills you developed and the friends you made will stand you well long into the future.”