Movies are out and streaming applications are in. So what’s the next move for movies? Could drive-ins become popular again? 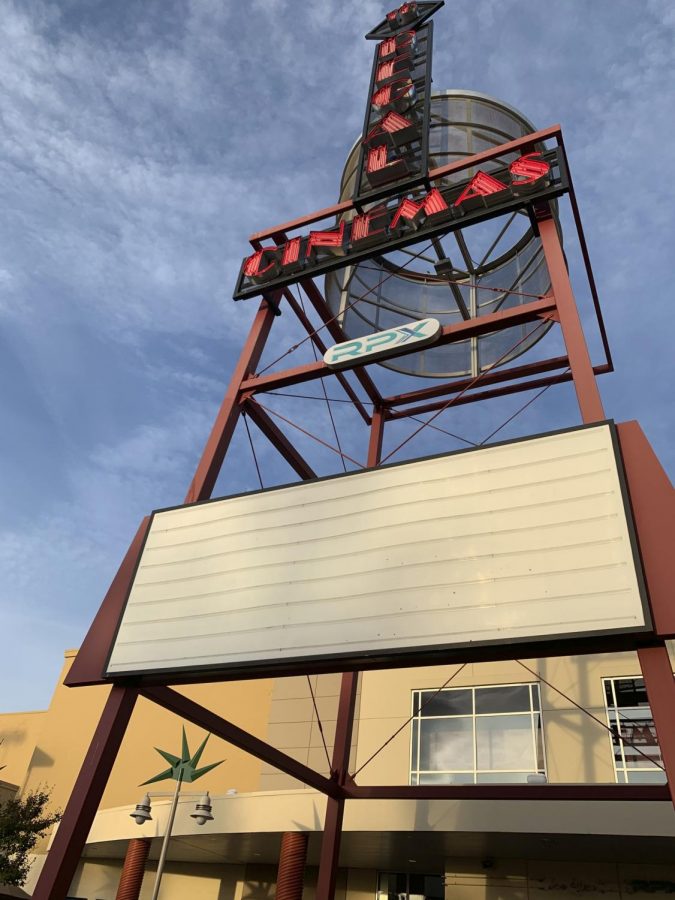 Sacramento Natomas, regal movie theater stripped of all upcoming new movie titles that were suppose to come out before the pandemic.

When the shelter-in-place order was made by Gov. Gavin Newsom and Mayor London Breed, COVID-19 became the game changer for everyday entertainment—including the movie industry and streaming services.

Over the past several months, Hollywood put a halt on new production. Streaming service advertisements show that films are starting to be released at a later date and new releases coming to your digital cable with a price tag

It makes you wonder what’s going to happen next for these movie lovers. Are things ever going to be the same when movie theaters open up?

Being in quarantine has let people relying on their own devices and streaming services such as Netflix and Hulu for entertainment. The popularity of these services almost makes them seem like necessities for most people.

A Google Chrome extension known as Netflix Party is making it possible for people to stream Netflix as if they were sitting next to each other in person. This extension synchronizes the playback of a selected movie or show, and adds the ability to live chat on the side of the player.

People are using the extension for viewing parties with their friends, while couples in long distance relationships are using the Chrome feature to replace physical movie dates.

Kimberly Diaz is in quarantine at home in the San Fernando Valley, while her boyfriend is in San Diego. The two watch movies in bed together almost every night, but through their computer screen.

“I’ve found Netflix Party as a convenient way to watch movies with my significant other,” Diaz said. “I like the chat feature, that way talking doesn’t interrupt the movie and pausing and playing controls both screens.”

SF State students are finding time between Zoom meetings and iLearn deadlines to watch some lesser-known movies and shows on various platforms.

One of these students is Miah Kang-Illescas, an SF State junior that had to return back to her hometown after her study abroad in France was cut short due to COVID-19. Still upset about her abrupt return, she turned to Netflix in search of staying entertained.

“Sitting in bed on my laptop is all I do now. I spend a lot of time on Netflix if I’m not watching travel videos on YouTube,” Illescas said. “I’m for sure going back abroad as soon as we’re allowed.”

Despite being given the opportunity to stream shows and movies with loved ones outside of your household, the nostalgia for buttery popcorn, cold ice sodas, and previews for upcoming movies are what individuals are missing the most.

When asked how she would feel about theaters opening up,  Sacramento State student Makayla Ruvalcaba said, “Six dollar Tuesdays and being able to see new movies coming out are what I miss the most.”

She also shares concerns she would have with her health if theaters were to open their doors again in the near future.

“I don’t know if I’ll even go when it opens back up, att least for a while. I’m gonna feel paranoid and uneasy about their sanitation procedures and whether they are taking extra precautions or not,”said Ruvalcaba.

She also shares that she’d rather stream or rent movies at home, but that might change if things settle down with coronavirus. Ruvalcaba is not the only one who feels uncertain about theaters.

Many others explained that they will feel different, and although they love the comfort of their homes, it’s sad that the local movie theaters are struggling.

Drive-ins are a part of the movie industry that will resurface as a result of Newsoms orders.

This week the West Wind Drive-Ins located in San Jose and Concord have opened back up with strict protocols in order to visit.

These rules include that cars must be parked 10 feet apart from other vehicles, you must stay in your car for the duration of the film, and only leave your car to visit the restroom.

There will be a limited number of people allowed in the restroom at any time (except adults with their own child). The snack bar is closed, wearing a face covering when leaving your car is mandatory.

West Wind Drive-Ins also stated on their Facebook page that “any of those who do not follow these rules will be asked to leave.”

They are taking these protocols for the safety of others.