Using quarantine as an excuse to change your hair 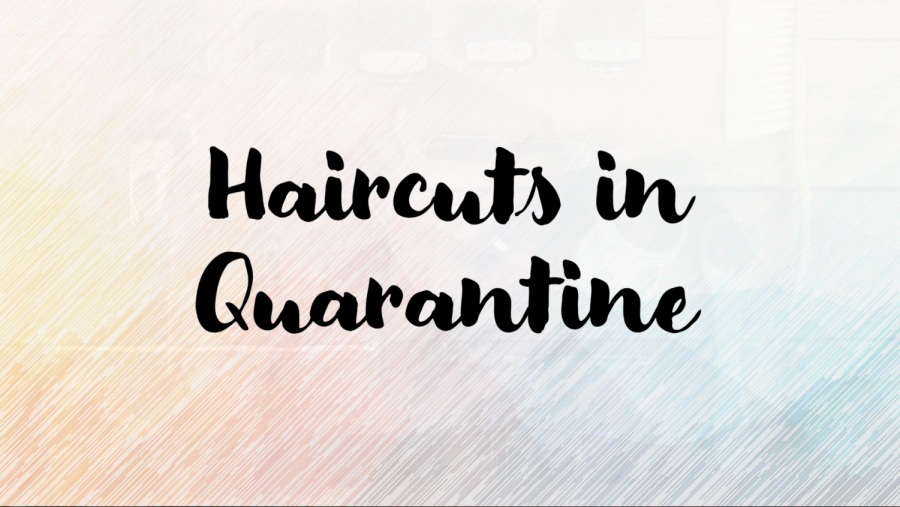 As we’re approaching the third month of stay-at-home orders people are starting to find other ways to keep themselves busy. From changing their hair color, to cutting off all of their hair or giving their hair a little trim, students are finding ways to get creative with their hair styles.

At-home haircuts and bathroom dye jobs are the solution for many people that want to touch up their appearance or just try something new with the way they look since no one is actually going to see them any time soon.

“It grew out to the point where just my ends were blonde,” said Destinee Santoyo, an SF State graduate. “I was just tired of it looking dead so one day after a shower I just brushed my hair and put it in pigtails to where I would want it cut.”

Not only has her hair become shorter with a healthier look, but the change has helped her curls form back into their natural form.

Like Santoyo others are deciding to transition their hair to a healthier look, but for some it’s not just about making their hair look healthier, it’s for their sense of control.

From long blond spiky hair to a buzzcut, Benjamin De Leon, decided to cut off his dyed blonde spiky hair to a black haired buzzcut during the middle of this pandemic. Growing uninterested in his hair, he felt it was time to start over and shave it off.  Starting over was not his only concern, he felt like he needed to take control of something while being stuck inside.

“I shaved my head for multiple reasons, one being that I just could not keep up with the blonde. Two, I chose a solid cut because we are in quarantine, and three it felt like this was the only thing I had control of during all of this,” said De Leon.

Samantha Wigglesworth decided to cut her hair to add bangs to her look and dye it pink over the weekend since she figured no one would see her. “I did this because I figured why not? Right now is the perfect time for me to do whatever I want since no one is going to see me,” said Wigglesworth. With the use of tint over regular hair dye, Wigglesworth was unsuccessful with dying her hair and decided to give it another go.

Similar to Wigglesworth’s hair experience, many others are dealing with the same results of not achieving the color they want. There are a number of ways for people to change their hair color and boxed dye is one of them. Unfortunately, using boxed hair dye can lead to getting a different color or not enough color.

Danielle Gonzales frequently dyes her own hair every few months. She waited six months before she decided to dye it again. But her aunt, a hairstylist, is how she managed Gonzales’s hair before quarantine took place. So she took matters in her own hands and cut it and dyed it on her own with an unsuccessful outcome.

“It has been five to six months since I last dyed my hair, and I really like the outcome, so I decided to try to touch it up myself with some boxed dye and did not get the results I wanted. My hair was nice and red before I dyed it,” she said after unsuccessfully touching up her red hair which led to it becoming brown.

Now with social media app, TikTok, that displays a variety of videos and trends, inspires people to follow along. Angela Lopez, who originally had brown curly hair, decided to follow a hair trend she saw on tiktok. “ I decided to trim my hair and I saw this hair trend on tiktok of someone giving themselves blonde highlights so I followed along,” said Lopez.

There is no definitive timeline for hair salons and barber shops to reopen. So, for now, people will have to continue managing their hair the best way they can.