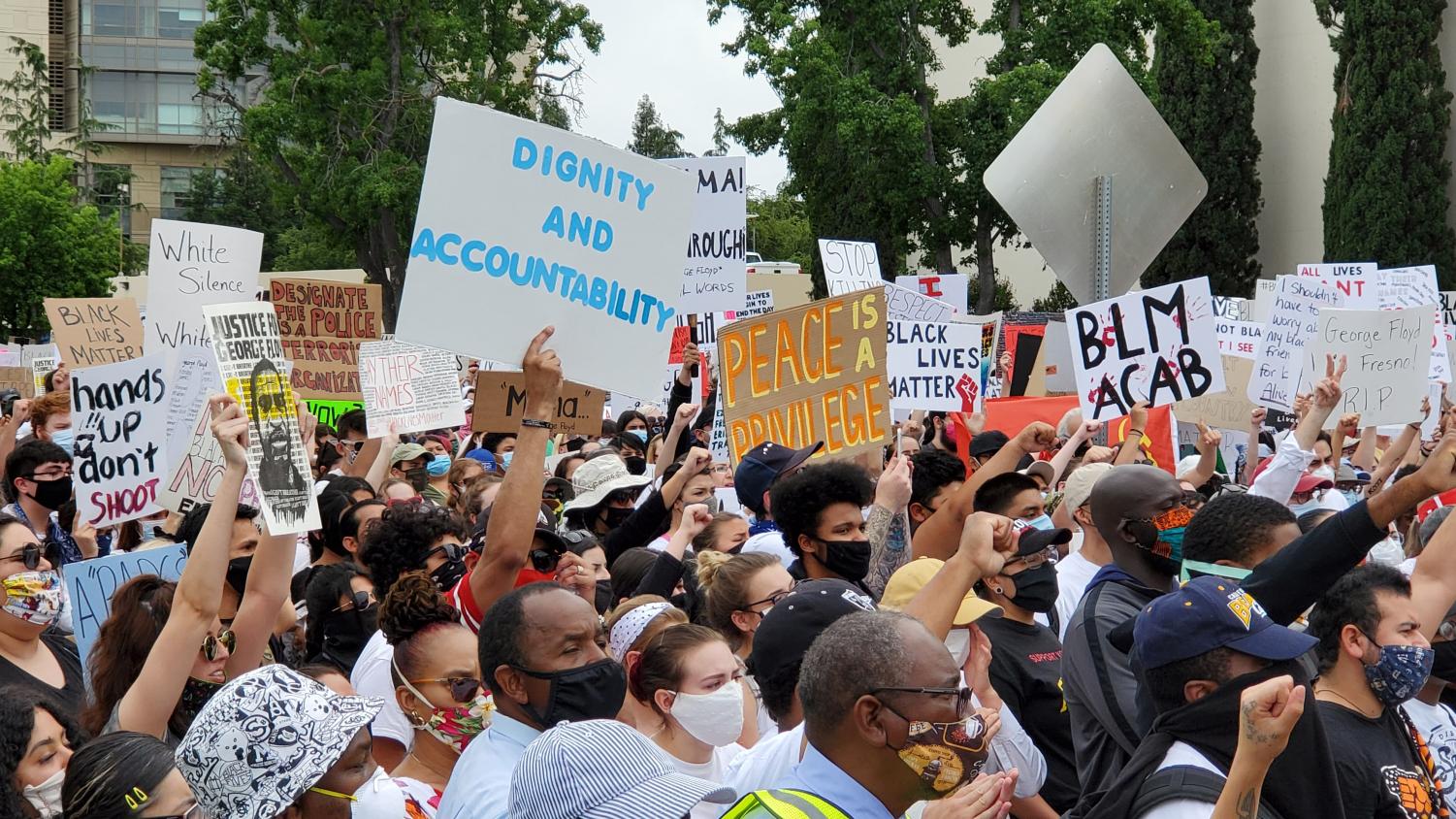 The Fresno, California State University Chapter of the NAACP led a peaceful protest at Fresno City Hall to honor George Floyd, a victim of police violence, and air grievances to government officials on May 31, 2020.

The protest was the first of its kind organized and led by Black people, according to D’Aungillique Jackson, president of the Fresno State UNiversity NAACP.

“This (protest) was originally organized by punk white kids who describe themselves to me just like that,” Jackson said.

It’s very important that it is not just black people out here because we can’t do it alone.”

Both the Fresno State NAACP and FPD acknowledge the significance of the event which led to no arrests or violence. 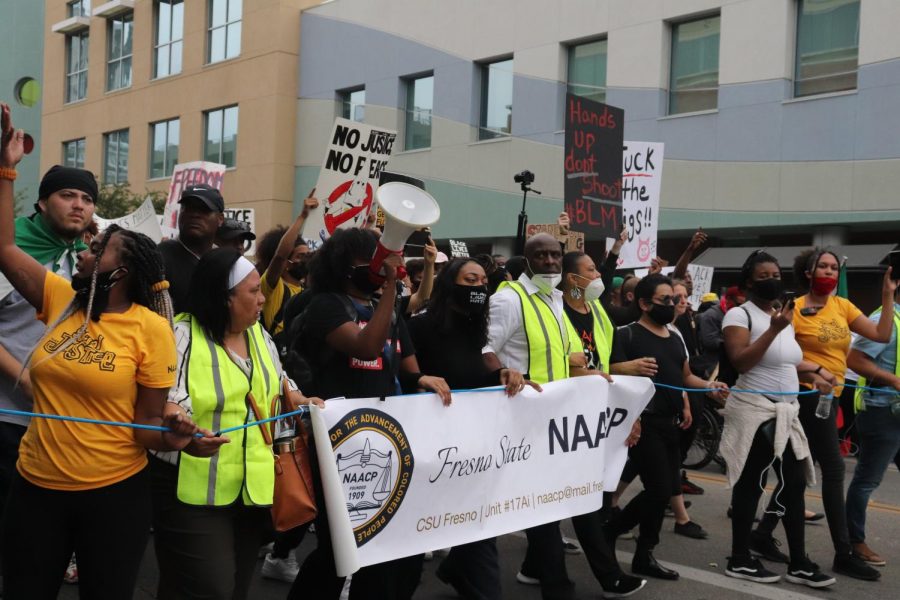