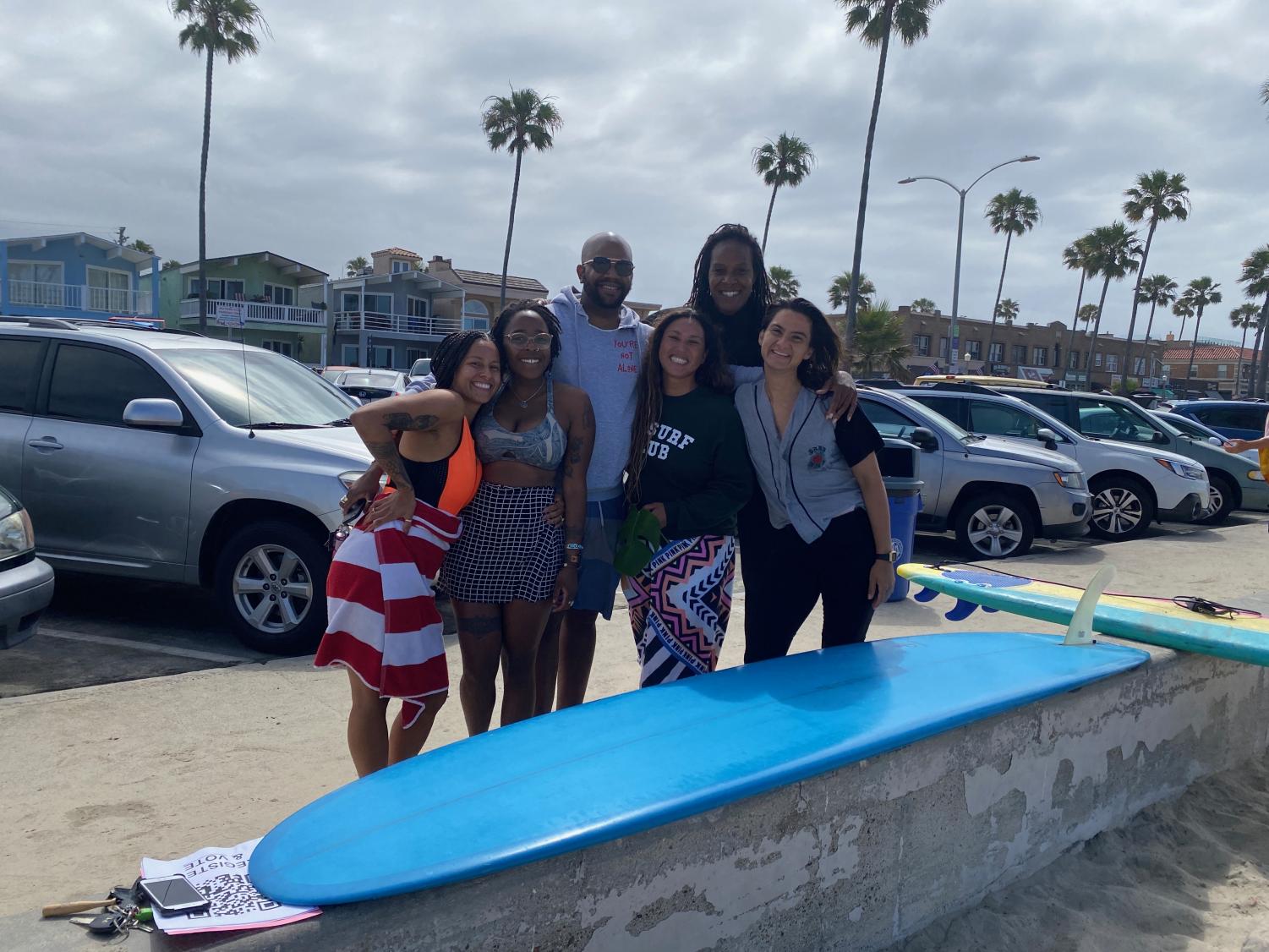 Surfers paddle out in honor of George Floyd

Surfing tradition refers to a “paddle out”, a memorial for a member of the community who has passed, as a ceremony in which a large group of surfers form a circle in the water. On Saturday morning in Newport Beach, California, hundreds of surfers paddled out in honor of George Floyd in a show of solidarity with the Black Lives Matter movement.

The ceremony organized in the days following Floyd’s death was part of a series of similar events held at beaches in Pacifica, Santa Monica and Encinitas.

Vanessa Yeager, one of the event’s organizers, says that the paddle out was inspired by similar events held recently in San Diego. Yeager reached out to other surfers in the community to see if they would be interested in doing something similar in Newport. Within an hour, a flyer for the event began circulating on social media. At the start-time of the event the flyer had received 1,003 likes on Instagram.

Though not expecting much, Yeager and the other organizers were happy with Saturday’s turnout.

“I’m super proud of Newport Beach for coming out and showing their support for Black Lives Matter,” Yeager said.

The demonstration began with a speech from Joi K. Madison, a 38-year-old black surfer who shared her story on the beach.

“I’m just honored to be present and to be asked to offer my voice to such a beautiful and powerful moment,” Madison said.

In her speech to a crowd of wetsuit-clad surfers, Madison attributed the shelter-in-place order as helping her and others to pay more attention to what was happening in the world around them.

In terms of her own cultural identity, Madison said she identifies as black first, a woman second and a surfer third.

“I cannot show up in the surf spaces and not acknowledge my blackness and my womanness,” said Madison. “I had to take a moment to be in the ocean and see everyone with their fists in the air honoring this opportunity to really come together and just take that in.”

After her speech, the crowd of surfers was handed flowers and made its way out past the break to form a circle. Toni Lynn Arzu, 24, gave a speech in the water about her experience as a black woman in surfing.

“When I first got into surfing, I got a lot of stares,” said Arzu, who has been surfing in Newport for almost four years. “It’s jarring to see, not only a woman but [as] a woman of color. I’ve maybe only seen one or two in my entire time out there.”

Arzu thinks her story can help discouraged girls to follow in her footsteps.

“I’ve had moms come up to me and be like, ‘Wow, my daughter wants to learn how to surf but is terrified’,” said Arzu. “I am so encouraging of that, but I have to warn the mom that it’s rough at first because it’s just a predominantly Caucasian-dominated space.”

At the conclusion of the speeches a moment of silence was symbolically held for 8 minutes and 46 seconds.

A second memorial, a paddle from the Newport to the Balboa Pier and back is scheduled for Sunday at 10 a.m.