Talking about race with your (non-Black) families 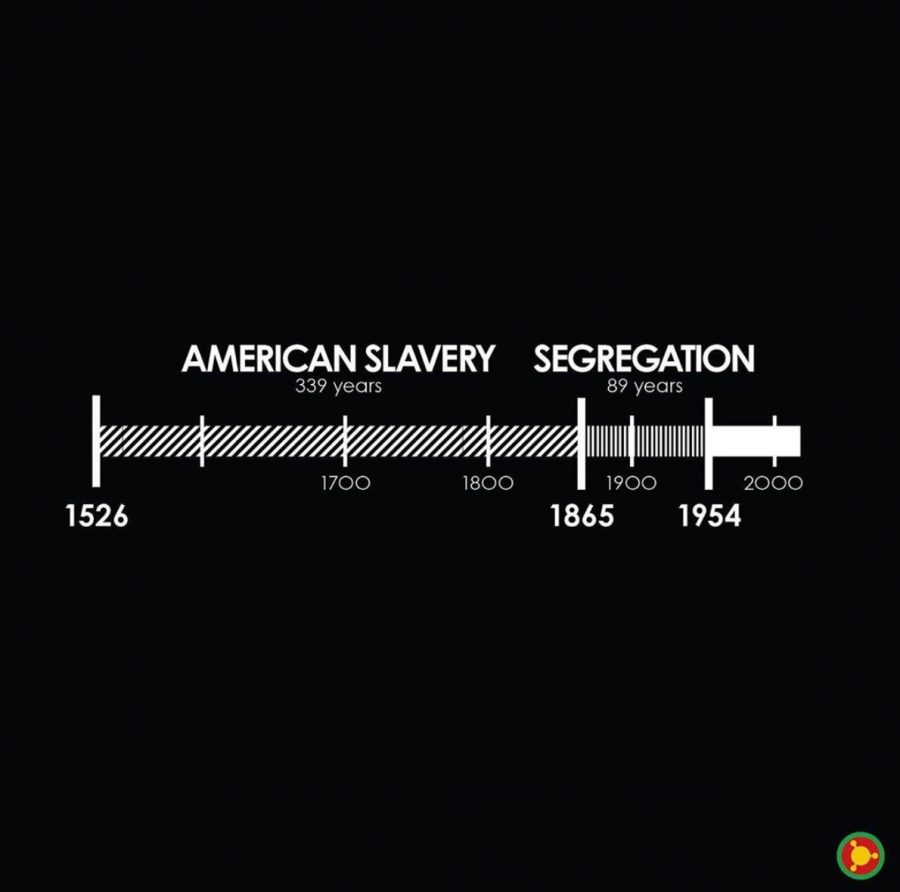 While many school districts include curriculum that describe slavery and segregation, the scope and impact of such events on today’s world is rarely addressed. Literature like Harper Lee’s To Kill A Mockingbird is many student’s only window into the injustices of the past. In some states, like Mississippi, the book has been banned from the 8th grade classrooms in which it is usually taught, due to making school board members “uncomfortable.” Illustration by: Benjamin Jancewicz, Zerflin, 2015

Activists, students and people of color are finding themselves serving as educators on the topic of race this week. The Black Lives Matter and other civil rights groups’ momentum was re-ignited following the killing of George Floyd on May 25, 2020. The video of his killing has sparked outrage as it went viral across social media.

Those who were previously uninvolved in the fight for social justice are asking themselves and others what they can do to better the lives of people of color.

SF State students may be in better shape to answer this and other questions about race and social justice than its fellow CSU counterparts. This advantage comes from having the oldest and longest running college of ethnic studies in the country.

Established in 1969, the College of Ethnic Studies is comprised of disciplines in Africana, American Indian, Arab and Muslim Ethnicities and Diasporas, Asian American, Latina/Latino and Race and Resistance studies. Each category offers courses that fulfill general education requirements, making them accessible to all students – not just those who have dedicated their college degrees to learning the complete history of the lived experiences of various ethnicities in America.

COVID-19 news coverage dominated headlines until last week, when protests calling for systemic change, re-education and empathy erupted in all 50 states and across the globe. The global response to the killing of George Floyd is presently impossible to ignore.

However, for many, the first steps toward change are due in the same place they’ve been quarantined: within their own homes and families.

Educating each other on matters as complex as race relations in this country can lead to frustration.

Amy Sueyoshi, dean of the College of Ethnic Studies, said that going into discussions about race with your loved ones requires patience for the process.

“You have to put on your teacher hat,” Sueyoshi said. “You have to pretend you’re talking to third graders. Then you can see it more as an opportunity for education.”

According to Sueyoshi, you can’t have the expectation of instantly changing people’s minds. You can only aim to offer another viewpoint.

“If you don’t think of them as family [while discussing racism], you’ll have more patience for them,” Sueyoshi said. “We know from research and literature on bias that it’s very difficult, almost impossible, to change someone’s mind about racism. Keep in mind that older generations may have grown up in a different cultural context. And if you can’t convince them, it doesn’t mean you’ve lost. It means you just have to keep at it.”

In order to understand today’s events, people will need to dig into the past.

The history of slavery, for example, has been taught and told from select perspectives for many years.

“The literature on slavery says that white slaveholders believed that they were creating a family with their slaves. There was a paternal argument and that could be the way that that white slave owner viewed his position. And that’s totally an accurate perception,” Sueyoshi said.

Sueyoshi explained the importance of rounding out the historical picture by including multiple perspectives.

“Folks who were enslaved did not feel like the slave holder was their father. And so it’s not that the slaveholder who believed he was the father of his slaves was wrong. It’s just that we also have to understand how people were enslaved felt about slavery as well,” Sueyoshi said.

If listeners are open to the idea of continuing their education about the history of racial injustice in the U.S., you may find a list of educational materials and resources to share with families and friends. The next step is requesting simple behavior changes that can make significant changes in the lives of people of color, such as suggesting TV shows and movies created by and starring people of color, the next time your family searches for entertainment. These changes can make a difference in how the white public receives and treats people of color, in addition to supporting Black and Brown filmmakers and artists.

Other important actions to take include what might seem like less obvious actions, like asking family and friends to stop making racist jokes. Although the tellers may not believe the punch-line themselves, these types of statements affirm existing negative bias’ to all parties involved. Remind them that if a truly hateful, racist person is listening, their thoughts and destructive actions will be validated.

People who say they “aren’t racist” already may not see the importance of adjusting their mentalities and actions in regard to people of color. This can make engaging with these individuals infuriating and difficult.

But Sueyoshi does think it’s especially important for white people to take up the challenge of these engagements.

Once a person is open to listening, expressing and encouraging support for the movement is the next step.

“When I say ‘support’ [the movement], it’s not just through demonstrations. While that’s fine and good, it’s also supporting black-owned businesses, black leadership, doing things that nurture and feed the African-American community. It’s giving opportunities to people of color when in the position to do so,” Sueyoshi said.

But it all begins in an understanding, which can only be facilitated by education.

The San Francisco Unified School District has been piloting ethnic studies programs in its high schools since 2010.

According to the district’s press release on 5 May 2020, “Researchers studied SFUSD students who enrolled in Ethnic Studies in high school and found students from all backgrounds showed increases in grades, high school graduation rates, college-going rates and a sense of belonging.”

For more advice on navigating these conversations:

Vanity Fair, How to Talk to Your Family About Racism on Thanksgiving, 2019

How To Talk to Your Family About Race, A Guide For White People, 2020

A Family Guide to Talking about Race, A Project of American Anthropological Association, 2007

How to talk to your non-black family members about race, according to therapists, BUSINESS INSIDER, 2019