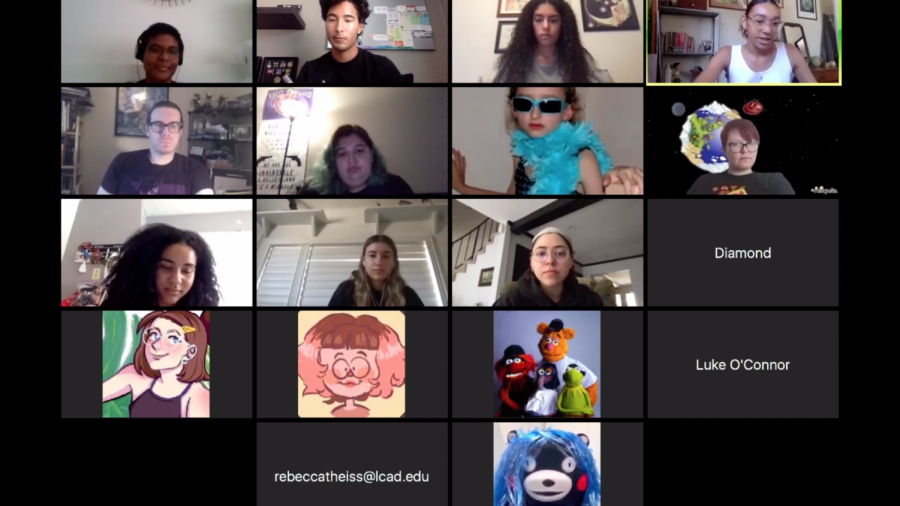 Students at the Laguna College of Art and Design have started a petition with alumni and the support of some faculty members. The petition demands for racial awareness and sensitivity training for faculty, administration and members of its board of trustees.

The student-made petition, which now has over 700 signatures, was created in response to a now-deleted Instagram post uploaded by LCAD. The post, which expressed the school’s cherishing of “fundamental human and civil rights” and declared a commitment toward “[standing] up for those values when they are threatened,” sparked backlash due to the use of #AllLivesMatter.

“This is only the first and most crucial step that needs to be taken in the direction of structural change at LCAD,” the petition states. “Both faculty and administration should participate in training as well, but the Board needs to take the suggested coursework.”

For both students and faculty members, the frustration stems from a lack of diversity among the student body and faculty on campus.

“I may be the only Black faculty currently at LCAD. In all, there are less than five Black people across faculty, admin and staff,” LCAD professor Larissa Marantz wrote in an Instagram direct message to the Xpress.

Following a faculty and administration Zoom meeting, the school began to address student and faculty concerns. It issued an apology for the use of the hashtag and committed to creating an equity and inclusiveness task force composed of faculty, alumni and students. LCAD has also pledged to instate need-based scholarships for students of color, with the school’s President Jonathan Burke pledging $1,000 to the funding of these scholarships.

“During that three-hour meeting, I spoke for roughly one hour, give or take,” Marantz wrote. “First explaining my experience as a black woman, trying to educate them to the [effects] of institutionalized and systemic racism on the lives of Black people and demanding several immediate actions that the school needed to take in order to begin reparations for the grievances that were so negligently addressed in the past by alumni.”

Marantz specifically named LCAD Provost Hélène Garrison and the board of trustees for creating “the toxic environment that has been so pervasive in the school.”

Ray Vargas backed Marantz’s statement, saying Garrison and the board may take longer to achieve the level of racial awareness and sensitivity LCAD’s students of color have. Vargas is an LCAD alumnus who has worked as an admissions counselor for the school since 2015 and was elected by administration to become the chair of LCAD’s diversity task force. He is currently working with the school to hear out and make the students’ demands a reality.

“Hélène Garrison is the third on the totem pole after Jonathan and the board, okay. So I know that’s kind of the line of power dynamic,” Vargas said. “I think Hélène and Jonathan and the board are for the most part– I don’t know every member of the board, so it’d be hard for me to say a hundred percent– but I think mostly it’s older white people, and older white people are probably the least prepared for the conversations that are taking place right now on a national scale,” Vargas said.

Alex Ferreiras, an illustration student, was raised in New Brunswick, New Jersey. Ferreiras said the neighborhood he grew up in was home to a diverse population, which differed from his experiences in California.

“Before I even moved to Laguna I lived in San Francisco. And that was a time, because you never saw people like me there either unless they were homeless,” Ferreiras said. “And then going to Orange County where it’s kind of worse– and I don’t know how it is– it’s like a culture shock. I feel so isolated in this community.”

“There’s just so many stories, as well of professors not respecting people’s pronouns, or just in general, not understanding people’s lifestyles. And so having that [through the demands] would be very important,” Ferreiras said. “And it’s another thing also that different cultures express their gender or sexuality in different ways than, you know, Americans. And so that’s also something that teachers and just people in general need to be more aware of, because a lot of things come out in ignorance.”

Responding to an email sent to LCAD President Jonathan Burke, Director of Marketing and Communications Marc Lyncheski wrote, “As you may already know, LCAD is in the midst of a very deep, comprehensive review of the institution’s efforts with regard to diversity, inclusion and support of the underserved members of the LCAD community. We are engaging in passionate, honest discussion with our students, staff and faculty that is helping us identify opportunities for systemic and cultural improvements we can make throughout the organization. We are looking at many initiatives, both short- and long-term, and look forward to sharing them with the public as we are able.”