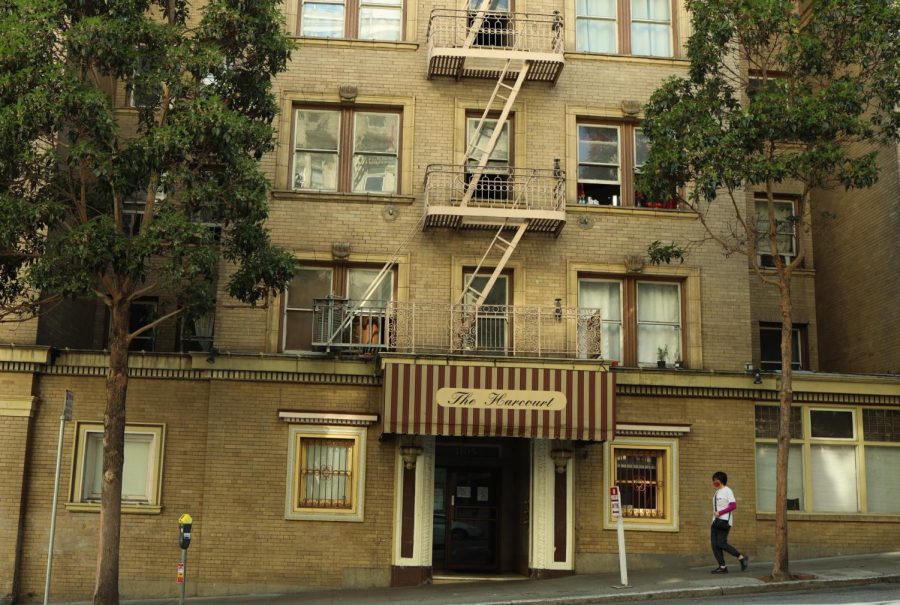 The Board of Supervisors voted unanimously on Tuesday to reenact an expired emergency ordinance laying out protections against COVID-19 for tenants of single-room occupancy hotels, also referred to as SROs, which are reserved for low-income residents.

Supervisors hope the reenactment, which lasts 60 days, will prevent potential COVID-19 outbreaks in SROs, such as the one that infected at least 24 people in April at Casa Quezada in the Mission neighborhood.

The vote came a day after the Land Use and Transportation Committee advanced the ordinance. At the meeting on Monday, the San Francisco Department of Public Health (SFDPH) voiced its concern that the ordinance is an ineffective use of resources.

“If we thought this particular testing strategy –– of testing all residents in a building after a single case […] –– would be effective at preventing outbreaks, we would be all for it,” said Stephanie Cohen, medical lead for SFDPH’s COVID-19 SRO response team. “Mass testing, at a single point in time, triggered by a single case, does not in and of itself prevent COVID-19.”

Cohen said the resources would be better spent toward preventative approaches such as promoting wearing masks, social distancing and hand-washing rather than the reactive ones focused on in the ordinance.

SROs are particularly prone to outbreaks because residents have private living quarters but share areas such as bathrooms and kitchens. An estimated 18,000 San Francisco residents live in around 500 SROs, according to a 2017 study by the SFPDH.

The reenactment outlines protections for SRO residents in regards to COVID-19, as well as the responsibilities of SFDPH following a positive test result from a resident or employee in an SRO hotel. SFDPH must inform the hotel’s operator in the event of a case, which is intended to expedite contact tracing, testing and cleaning. Meanwhile, the infected person must be kept in quarantine and provided amenities including three meals per day by the city.

To help prevent further spread, SFDPH must also supply protective equipment such as masks to SRO residents and workers who frequent areas of the hotel where a COVID-19 positive resident might have been. The ordinance also gives SFDPH a mandate to share SRO-related COVID-19 information, both with SRO residents and the general public. They are required to set up a phone hotline in affected hotels to facilitate services such as testing and referral to healthcare providers, while also publishing an SRO COVID-19 tracker.

While SROs saw a drop in new daily cases in June, case numbers saw a steady increase in July and fluctuating numbers in August. The second largest case increase in a single day occurred July 21 with 23 new cases, followed by Aug. 6, the third highest, with 21 new cases.

Supervisor Aaron Peskin, the ordinance’s primary sponsor, made clear his position on the issue while acknowledging resource constraints during the meeting on Monday.

“This really has been an admonition to SFDPH and the community to step up the game,” he said. “This is really trying to hold [the department] to the highest standards for our most vulnerable populations.”

Before the ordinance was voted on by the full Board of Supervisors on Tuesday, Peskin got a last-minute amendment passed requiring the SRO response team to provide face masks to SRO residents as soon as feasible and within 12 hours of a confirmed COVID-19 case in the relevant buildings.

Peskin also mentioned his concern with HIPAA, a federal law restricting the release of medical information, saying that its provisions need to be balanced for public health. The U.S. Department of Health and Human Services released a new set of guidelines detailing cases in which COVID-19 carriers could be exempt from HIPAA, allowing otherwise protected health information to be divulged, though there was no mention of SROs.

“We can be transparent with a building owner … but we cannot tell the rest of the tenants that one of their neighbors that they share a kitchen or a bathroom with has COVID,” he said.

Supervisors Ahsha Safaí and Dean Preston also urged SFDPH to err on the side of caution.

“Where we have really proactive and engaged communities and community groups representing some of the most vulnerable people in this city, I see this kind of legislation as really honoring their expertise around the community they’re serving,” Preston said.