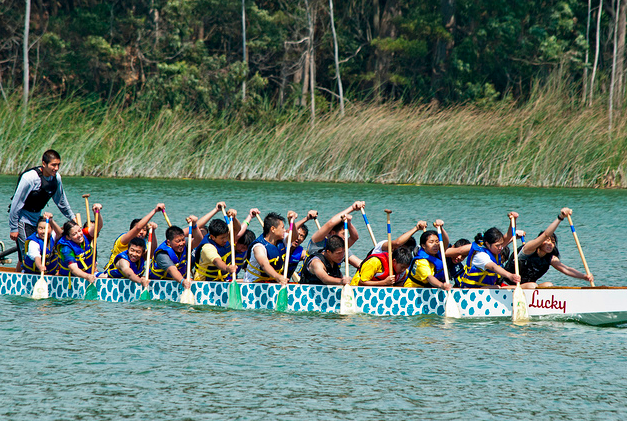 At one time, the Lake Merced boathousewas a social gathering spot. People could come and have a drink overlooking the lake or just make a quick pit stop to buy some bait and tackle before heading off to go fishing.

But now, the once-beautiful boathouse is an inhabitable train wreck and the fight over how to repair the fading activity hub has nearby residents up in arms.

“No one has looked into the question if it would be cheaper to completely tear the building down and start from scratch,” said Jerry Cadagan, co-founder of the Committee to Save Lake Merced. “We’re going to spend $940,000 doing renovations and when we’re finished spending that, the building will still not be up to code or standards.”

In 1958, the Lake Merced boathouse was constructed by the San Francisco Recreation and Parks Department as a sports center.  Over the years, the lack of maintenance and dedication to the building has caught up with it.

The last tenant vacated in 2003, leaving behind some food preparation equipment, bar furnishings and an electrical system that does not meet the current Pacific Gas and Electric code. However, several rowing clubs still use the lower levels for boat and equipment storage.

“None of the options have been fully evaluated but it has been discussed,” Gautier said.  “It’s not an option currently being considered.”

A full renovation has been proposed with a goal of immediate occupancy. The estimated construction cost is $1.9 million, well over the available budget of $940,000.

As for the reason for the sudden interest in the boathouse, Gautier said it’s just time.

“Starting in 1999 there was a group called the Lake Merced Task Force that worked on issues like water quality and services from 1999 to 2009,” Gautier said. “I think there is renewed interest in the boathouse because we have come to those points in the conversation.”

Despite its relatively close physical proximity to SF State students and student housing, many people are not aware there is a boathouse on the lake, and some aren’t sure about its revival.

“There’s a boathouse on the lake?” asked technical and professional writing major Chris Voxland, 24. “I think even if it was nice and they made a brand new one, no one would go. It accomplishes nothing.”

The SF State rowing clubs that use the lower levels of the boathouse for storage would be moved across the lake to a new temporary location if the boathouse is torn down or renovated.