A member of the Popular Front for the Liberation of Palestine, refugee and the first female plane hijacker was scheduled to give remarks at an event hosted by SF State professors. Zoom sided with protesters at its doorstep by rescinding its services for the event, citing “the speaker’s reported affiliation or membership in a U.S. designated foreign terrorist organization.” 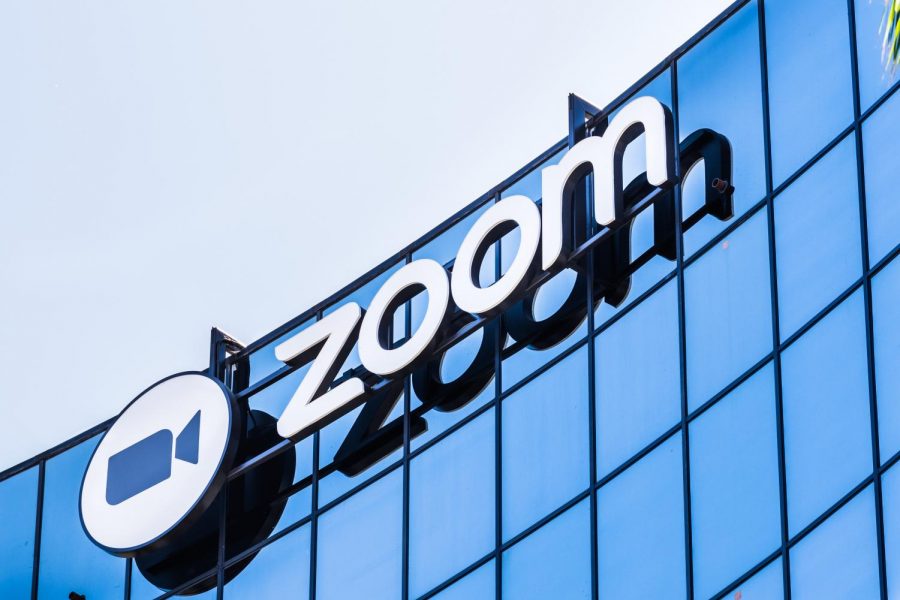 For Rabab Abdulhadi, director and senior scholar of SF State’s Arab and Muslim Ethnicities and Diasporas Studies program, Leila Khaled is a “militant and feminist icon” who subverts ideas of what women were expected to do. For others, she is defined by a different word: terrorist.

Khaled was set to speak on Wednesday — in a rare U.S. platform appearance — for an SF State course through a Zoom panel titled “Whose Narratives? Gender, Justice, & Resistance” hosted by AMED Studies and co-moderated by Abdulhadi and Tomomi Kinukawa, a professor from the Women and Gender Studies department. The event, which anticipated over 800 attendees and nearly 4,000 interested guests on Facebook, will no longer be hosted through Zoom.

The company announced a denial of its services on Tuesday following an in-person protest in front of Zoom headquarters. In attendance were multiple Jewish organizations led by End Jew Hatred, which calls itself “a grassroots movement centering on Jewish liberation.”

The decision was issued in a statement to the Lawfare Project, a New York-based nonprofit think tank advocating for Jewish and pro-Israel civil rights that previously filed a lawsuit on behalf of SF Hillel students and community members against the university. It sent a letter to Zoom last week, saying the event would “risk exposure to criminal liability” for providing resources to a foreign terrorist organization. The AMED-hosted event is still open for registration on Facebook.

“Zoom is committed to supporting the open exchange of ideas and conversations, subject to certain limitations contained in our Terms of Service, including those related to user compliance with applicable U.S. export control, sanctions, and anti-terrorism laws,” the statement reads. “In light of the speaker’s reported affiliation or membership in a U.S. designated foreign terrorist organization, and SFSU’s inability to confirm otherwise, we determined the meeting is in violation of Zoom’s Terms of Service and told SFSU they may not use Zoom for this particular event.”

Khaled, who resides in Jordan, is a member of the Popular Front for the Liberation of Palestine, a U.S. Secretary of State Department-labeled terrorist organization whose members are banned from entering the country. Khaled is most known for her hijacking of a flight bound for Tel Aviv in 1969, becoming the world’s first female hijacker.

No passengers were killed in the hijacking. Khaled blew up the plane after it landed in an effort to bring Palestinian plight to the forefront of the world’s attention. She attempted to hijack another flight headed for New York in 1970 and was arrested in London. She was later freed in a prisoner exchange.

The event sparked national attention and backlash from Jewish communities across the nation and globe who said Khaled is anti-Semitic, and called for heightened academic responsibility from the university. Family members of victims of the PFLP’s actions also wrote to President Lynn Mahoney, urging her to cancel the event.

Following the announcement from Zoom, SF Hillel issued a statement, taking to Instagram to express its support for Zoom’s decision.

“We are relieved that Zoom, who provides such a vital tool to our students, is equally concerned with their technology serving as a platform to amplify hate and violence.” SF Hillel said on its Instagram. “SF Hillel and partners will move forward with our vigil tomorrow evening as planned to affirm our values and vision for our campus.”

The virtual vigil is intended to remember victims of terror; the SF State’s Office of Diversity, Student Equity and Interfaith Programs and SF State’s Division of Equity and Community Inclusion are among the co-sponsors for the event. Student leadership from SF Hillel did not return requests for comment at press time regarding the AMED-hosted event.

The General Union of Palestine Students, a student-run organization at SF State, issued a statement to Xpress in response to the circumstances surrounding the event.

“This is a clear attempt to censor Palestinian voices, especially Leila Khaled. For Leila Khaled to speak and counter all the lies that zionists have spread counters the hegemonic colonial narrative. This action does not just infringe on the rights to academic freedom of speech, but the right for all SFSU students to attend the open classroom. We expect SFSU and CSU to stand in solidarity with their faculty, and right to academic freedom. Education on Palestine is not the exception,” the statement read. “All efforts put in to this webinar have been grassroots with student and faculty volunteers. We’re combatting an organized powerful well-connected movement, from Zionist donors to Representatives like Lamborn. These are attempts from top-down whether it be SFSU administration, the Zionist lobby or private companies to silence the Palestinian voice and retain the settler-colonial Zionist dominant narrative. We’re persevering and will move forward as planned.”

Abdulhadi also issued a statement to Xpress, saying that she will continue on with holding the event over Zoom. She added that she hopes the university will support her academic freedom in hosting open classrooms.

“Zoom has threatened to cancel this webinar and silence Palestinian narratives,” Abdulhadi said. “We expect SFSU/CSU to uphold our freedom of speech and academic freedom by providing an alternative venue to this open classroom. We will see you tomorrow at 12:30 pm (PST) at the Zoom webinar. For updates please refer to AMED studies and GUPS social media sites.”

In late August, Abdulhadi took to Facebook to announce the appearance of Khaled on the panel. She wrote that she “wanted to grow up to become another Leila Khaled.”

Abdulhadi recalled that during her elementary and preparatory school days of growing up in Nablus, a city in Palestine on the West Bank, she was subjected to sexual harassment from Israeli soldiers that would cuss and “say nasty words”; but unlike the similar harassment she received from Palestinian boys, she could not tell her parents, for she worried that they would be shot if they spoke out.

“We really idolize somebody like Leila Khaled, somebody who actually stands up for herself, speaks for herself, actually goes to a plane and hijacks it … It’s very interesting because in her film [“Leila Khaled: Hijacker”], she says that it was easier to hijack a plane than to teach a class,” Abdulhadi said. “And somebody, the film director, says to her, ‘Why is that?’ She says, ‘I go to a class and tell the students to be silent; they don’t listen to me. But when I’m on the plane, and I say [to] be silent, everybody listens.’ And to me, it was kind of like it rang a chord with me.”

However, for some student members of SF Hillel, the current dominant Jewish organization for SF State students, Khaled evokes pain and raises concern for their safety.

“Bringing an individual who committed acts of terror (…) when that was rooted in efforts to marginalize [Jewish people], to create instability or to erase the State of Israel, which does represent for the majority of American Jews a safe haven — that’s not a large leap [from anti-Semitism],” SF Hillel Executive Direction Rachel Nilson Ralston said.

These sentiments of concern were reiterated in an open letter written by SF Hillel student leaders from SF State, who also alluded to prior SF State promises made in connection to anti-Semitism and anti-Zionism on campus.

“We are saddened that so many in our campus community, and the broader Jewish world, are not surprised to see this happening at SF State. Our university made a commitment to address the systemic anti-Semitism and anti-Zionism on our campus; students should not expect these occurrences,” the open letter from the student leaders reads. “This endless cycle needs to stop, and we have the mechanisms in place to do so.”