A candidate on the cusp 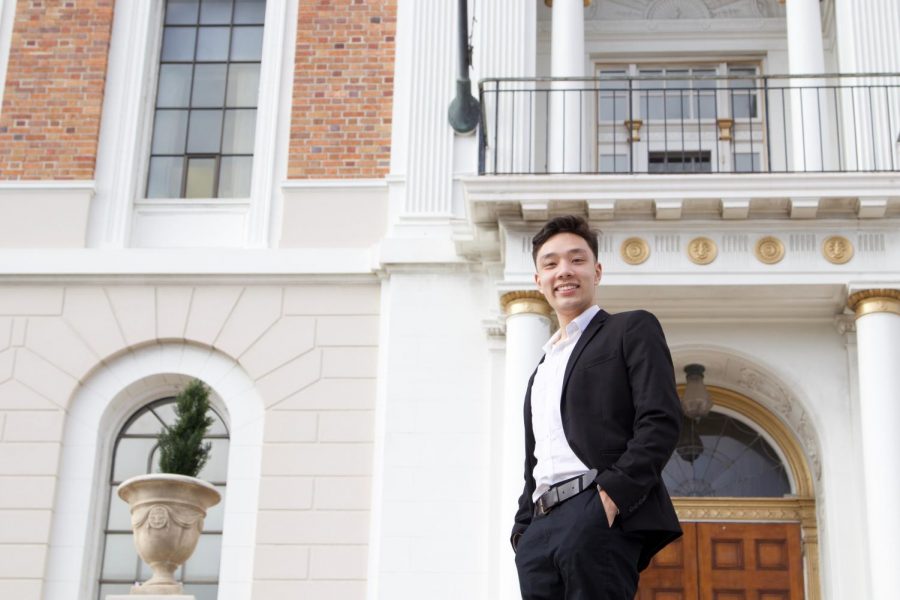 James Coleman, 21, the youngest and first openly LGBTQ+ candidate for South San Francisco City Council, spoke on the eve of Election Day about his hopes and expectations. His campaign to represent District 4 of South City against the incumbent of nearly 20 years, Mayor Richard Garbarino, is the only contested race for office taking place in the city.

Coleman’s campaign draws attention to some of the nation’s most pressing issues, such as affordable housing, public safety reform and climate change. It has also highlighted the generational political divide between the people and city council. At the time of publication, Coleman leads his opponent by 12 votes.

According to Coleman, who felt optimistic for his chances of success, South San Francisco had proved itself as being more progressive than perhaps people often give the city credit.

“Most people see [South] San Francisco as very apolitical, maybe even conservative — especially in District 4, which has a really large, white population,” Coleman said. “When we reached out to voters through social media, emails [and] phone calls … we saw that many of the progressive issues that I want to prioritize in our city — things like more affordable housing, universal pre-K and public safety reform — these were issues that other people really agreed with across the political spectrum.”

A point that Coleman felt highlighted the generational disconnect of his opponent, Garbarino, with the people of South City was how Garbarino was conducting his campaign against Coleman. Garbarino has focused his re-election efforts toward more traditional outreach methods; Coleman, in contrast, has focused his outreach efforts on both traditional methods as well as new tactics, such as his website, social media ads, phone banking and text banking.

Election night ended, according to the San Mateo County City Council election live updates, with Coleman currently leading the race with 2,273 votes (50.13%) giving him a 12-vote lead over Garbarino (2,261). The San Mateo County live updates stated that, “Vote by Mail ballots that were received on Thursday, October 29 to Election Day and the days following have not been counted yet.” The Assessor-County Clerk-Recorder and Chief Elections Officer expect to report an update on Thursday at 4:30 p.m.

Coleman went on to state that if he wins the election for District 4, he will be both excited and eager to work.

“A victorious election will also be very inspiring because if a progressive candidate like myself wins in District 4, which is the most conservative and the whitest district in our city, that means that other candidates who are progressive can also win in the other districts in South San Francisco — in districts one, three and five, which will be up for election in 2022,” Coleman said. “So that just shows that there’s a lot of potential when it comes to having a progressive city council.”