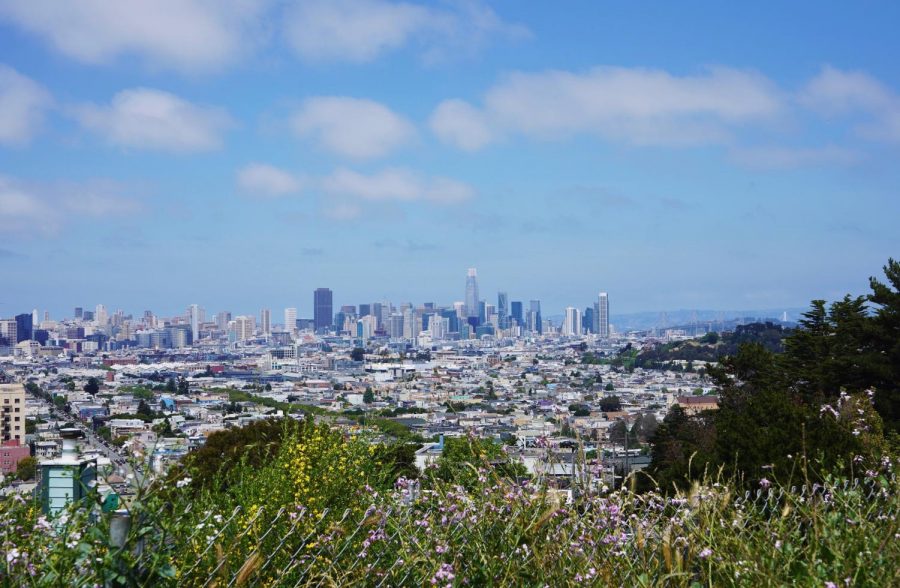 The stay at home order is set to end on Dec. 21 at 5:00 a.m, but it may be extended and revised if cases don’t improve. (Alex Drew / Golden Gate Xpress)

San Francisco is one of the few counties that will not be affected by a month-long stay at home order issued by Gov. Gavin Newsom on Thursday.

Newsom announced that the stay at home order is effective starting Saturday at 10 p.m. and will last until Dec. 21 at 5 a.m. for counties in the purple tier of the state’s color-coded watch system. The purple tier, which includes 94% of counties in the state, indicates a widespread of COVID-19 cases amounting to more than seven daily new cases per one-hundred thousand residents. San Francisco county is currently in the red tier.

“SF State won’t be affected by the newly instituted curfew because we’re currently in the red tier. I hope we can all work together to make progress and avoid the worsening situation that many Californians are facing,” SF State President Lyn Mahoney said in a statement to Xpress.

According to the California Department of Public Health, there has been a case rise of about 50% during the first week in November. This limited stay-at-home order will reduce opportunities for disease transmission, with the goal of decreasing the number of hours individuals are in the community and mixing with individuals outside of their household.

“The virus is spreading at a pace we haven’t seen since the start of this pandemic, and the next several days and weeks will be critical to stop the surge. We are sounding the alarm,” Gov. Newsom said in a press release.

Other from the restricted nighttime hours, this order will be similar to the statewide order that was issued in March. Counties in restricted tiers are still able to do essential tasks like pick up food, grocery shop, and visit doctors or healthcare providers. The CDPH states that activities conducted during 10:00 p.m. to 5:00 a.m. are often non-essential and more likely related to social activities and gatherings.

SF State senior Isabella Doumitt, who contracted COVID-19 in late August, said she is weary on how effective this new order will be.

“A lot of people seem to go out and not social distance in the daytime, but this curfew will probably help at least a little from preventing people from going to bars and nightlife,” Doumitt said. “I’m sure people will still continue to meet up with friends from other households past the curfew though.”

Newsom tweeted that the state’s daily test average is at 164,345 with an 8,198 case average. Hospitals have seen a 48% increase over the past two weeks and ICU’s an increase of 39%.

“If instituted for San Francisco, it would affect a small number of our staff members who work during those hours, and we’ve begun discussions about how to handle that,” Mahoney said.