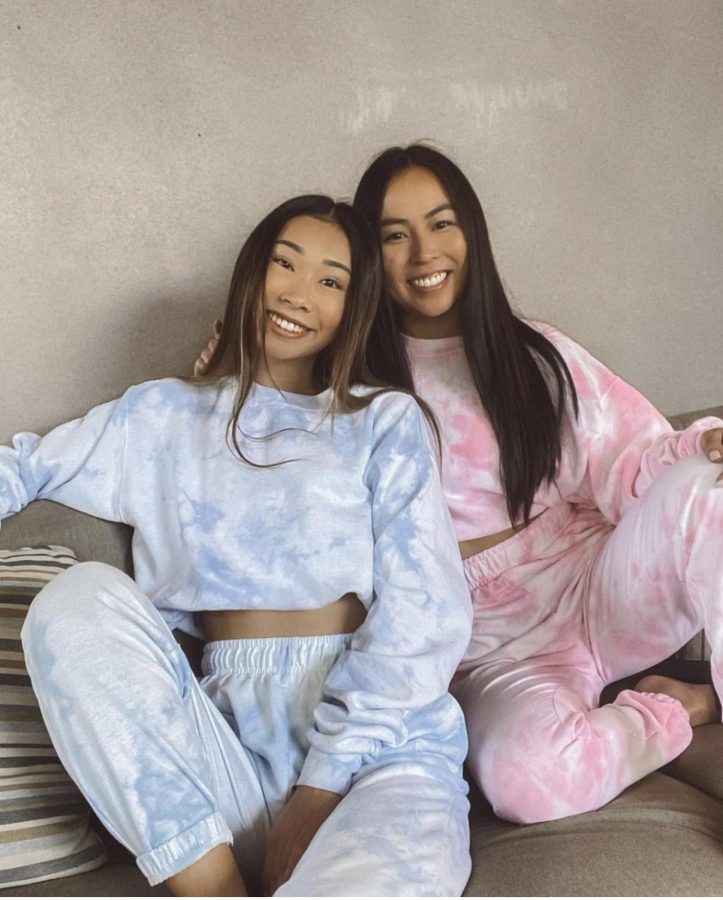 A conversation between childhood friends Kelsey Yamashiro and Leanne Duong was the unexpected catalyst for their tie-dye business endeavor, wherein Duong asked Yamashiro where she had gotten her tie-dyed loungewear; Yamashiro had done it herself, and soon after, the two would create these garments together.

Recent SF State and UC Riverside alumni Kelsey Yamashiro and Leanne Duong decided to start their loungewear tie-dye business in late July as a side hobby during the pandemic. Despite the uncertainty of how well their business would do, they continued their efforts and began Dreamy Dyes Co.

The clothing business started as an idea in June, when California was under COVID-19 lockdown, and has since been a means for the two postgraduates, who are located in Monterey Park, California, to enter the workforce with an idiosyncratic business endeavor.

With many large scale events and plans being cancelled, Yamashiro and Duong are doing what they can to make it work financially. Currently, they are a stand-alone shop selling through Instagram.

“It feels like you’re putting in a lot of work for not that much. We aren’t making a ton of money because we are starting out, but we try to encourage each other,” Duong said.

Yamashiro explained that their first few launches did not go as smoothly as expected. Issues from bulk ordering sweatsuits that were sold out almost everywhere, according to Yamashiro, to unrealized high-shipping costs forced the two to hold off from an official launch until the beginning of August.

The two originally offered all their garments with free shipping but later financially realized that it was too much coming from their end. Dreamy Dyes Co. now offers free shipping on all orders $75 and over.

“We did not take into consideration the shipping costs. It has taken a tremendous amount of money from our personal accounts and with the USPS situation happening … we don’t want to have to continue to raise our prices.”

Yamashiro brought up the perks of having her own company; having her own time schedule and not having a boss telling her when something is due has been the most beneficial part for her.

The success of the company has been shocking for the businesswomen. Expecting to sell nothing and be stuck with a bulk of stock, they were thankful to see the support of their family and friends. They currently make an average of 40 sweat suits a week.

“The perks are when we communicate with our customers … We have repeat customers and come back to buy two or three more times, which is so rewarding to me,” Duong said.

Dreamy Dyes Co. customer Kimmy Olmos first bought a set with the single intention of supporting her friend’s small businesses, but the new releases are what keeps her ordering again.

“I feel so much better supporting a small business where the owner is genuinely passionate about and loves to do what they are doing,” Olmos said.

Olmos said she believes  that the prices that owners set are what they should be, since they are the ones that know how much time, effort and money goes into their business. She recognizes the hard work that can go into tie-dying, something that makes her feel happily justified to pay the extra amount.

The procedure for creating a set of orders is a day long process. Usually beginning at 7 a.m., the preparation, alone takes approximately an hour. Then the clothes are wet, dyed and then allowed to sit for two to four hours, and are eventually ringed out roughly 10 times. After this, Yamashiro and Duong will wash the newly-dyed clothes and prepare them for shipment for the next day.

Duong stressed how much more physical labor and time the whole process took than she anticipated. The two have typically finished a day of work around 6 p.m.

“It’s a lot of manual labor, it’s definitely time consuming. We spend the entire day tie dying, so one of the disadvantages is feeling like you’re not getting that much out of it just yet,” Duong said.

Yamashiro said that they are able to cater to everyone because their tie-dye can be unisex. Their color selection and wash are not as bright compared to others on the market, making it versatile for all of their customers.

Now that they are a few months into the swing of their business, they have increased momentum of orders, customers and local enthusiasm. Now with a growing base of loyal habitué and new buyers, hearing about the brand primarily through word-of-mouth and social media, they hope to continue their rise.

“From little thank you cards to the sticker that they close the tissue paper with, all of that shows me that this small business isn’t just, ‘I want to make money.’ It’s something the founders want to reach everyone,” Olmos said.