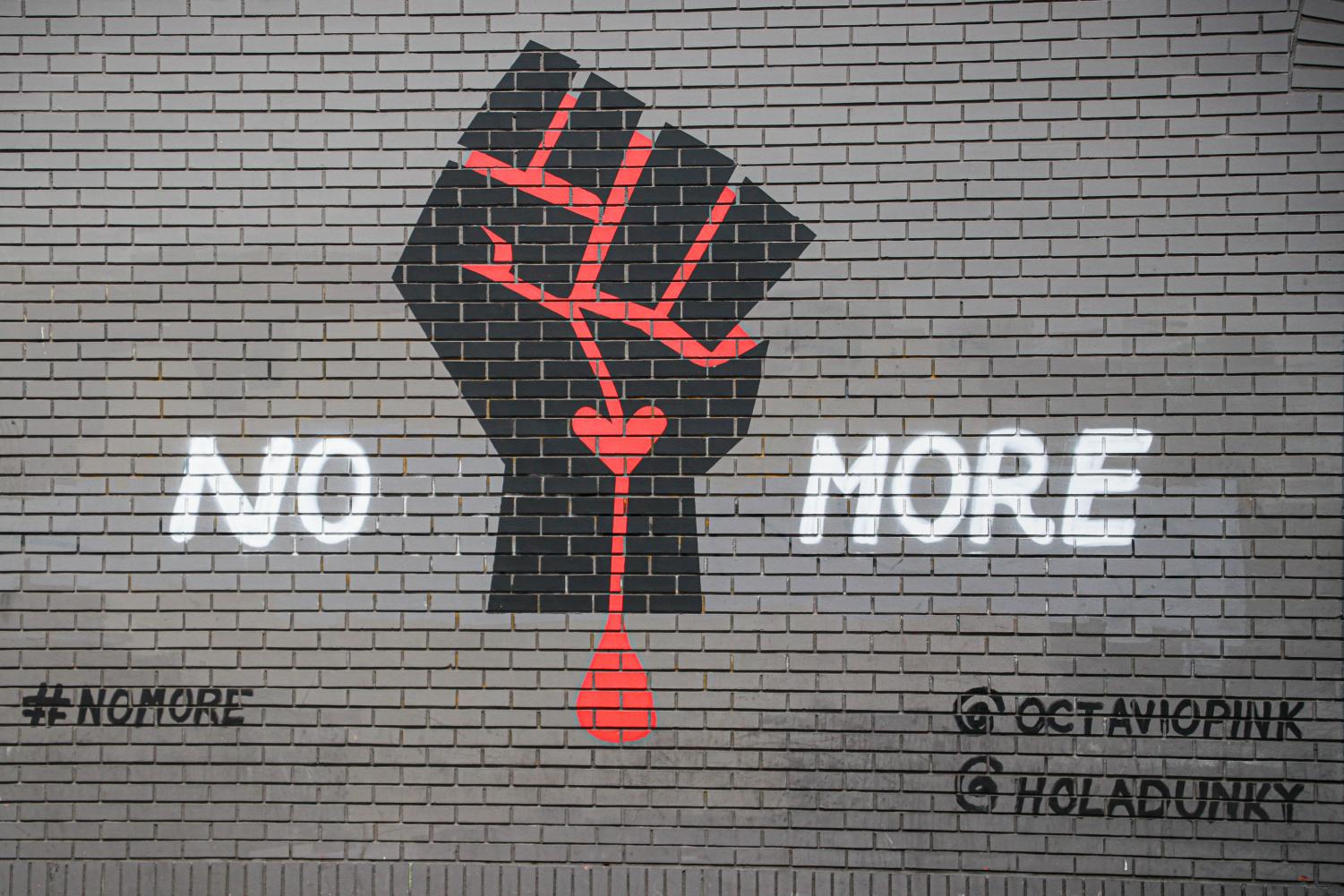 Between May and October, ACLED recorded more than 10,600 demonstration protests across the U.S. Over 10,100 of these — roughly 95% — involve peaceful protesters, while less than 570 — approximately 5% — involve demonstrators engaged in violence. (Harika Maddala / Golden Gate Xpress) (Harika Maddala)

Between May and October, ACLED recorded more than 10,600 demonstration protests across the U.S. Over 10,100 of these — roughly 95% — involve peaceful protesters, while less than 570 — approximately 5% — involve demonstrators engaged in violence. (Harika Maddala / Golden Gate Xpress)

The year 2020, for many Americans, can be characterized by the act of protest.

In May, George Floyd was killed by a policeman in Minneapolis, resulting in unprecedented numbers of protest turnout. A poll from Civis Analytics estimated between 15 million and 26 million people participated in the U.S., making these protests potentially the largest movement in the nation’s history. Activists groups in the nation also prepared to take to the streets in the event that Trump had won the election as well.

Between May and October, ACLED recorded more than 10,600 demonstration protests across the U.S. Over 10,100 of these — roughly 95% — involve peaceful protesters, while less than 570 — approximately 5% — involve demonstrators engaged in violence. Over 80% of all demonstrations reported during this period are connected to the Black Lives Matter movement or the COVID-19 pandemic.

Many protests in American society this year have severely disrupted social order and the safety of people’s lives.

Thomas Wright, a longtime democrat and employee at Target, recounted his protest experience. Wright became involved in community work through the proposed propositions P and U, which advocated – in 2008 and 2016, respectively – that the government would amend the housing regulations so that people can afford housing or buy a house. Both failed when they were on the ballots.

“A group of us protested to affect more people. I think people’s needs should be the first consideration for the government,” Wright said. “And then protests are also fighting for fairness and justice for those in need. It’s just my understanding of protest behavior.”

Prior to the election, Wright said that the justice he wanted most was to see Trump lose the election. He added that he was considering participating in protests against Trump’s re-election as president, had he won.

John Smith, an African American student at SF State, said that despite not participating in any protests himself, he encourages others to exercise their First Amendment rights while doing so in a safe way for all.

“We have seen many bad examples before, some of which used George Floyd’s death to protest, and doing illegal acts such as stealing stuff and attacking the police,” Smith said: “If the civil right movement is peaceful like Martin Luther King, we can definitely bring a positive impact to this society.”

Smith added that he believes a common factor among several significant protests in the U.S. are people’s dissatisfaction with the Trump administration. He said the administration is responsible for deaths such as George Floyd, adding that if they were to properly handle police violence, “There would not be so many people who would break out of dissatisfaction with the government and take to the streets to protest.”

“Police killing of George Floyd” caused the biggest protest in the country in 2020. The current U.S. President Trump responded to that: “If states don’t take action, I will deploy military and solve the problem for them.” On another side, many cities in the United States issued curfews, as police responded with rubber bullets, tear gas and arrests to disperse occasionally violent crowds.  Many American netizen comments online do not support President Trump’s response and believe that Trump’s response may have exacerbated American society’s unrest.

Martin D. Carcieri, professor of political science at SF State, specializing in Public Law and Political Theory said that the management of the ruling party and social injustice will lead people to protest. Carcieri has won four teaching awards, and his work has been cited in amicus curiae briefs to the U.S. Supreme Court in five landmark cases,

“This kind of event has two things in common. The first is that people use their limited citizen right to protest and hope to get the government’s attention,” Carcieri said. “The government can do something. People who protest have nothing to lose engaging their behavior.”

“Second, we can see that the protests this year are all directed at the Trump administration. So many social unrests in less than a year stemmed from people’s dissatisfaction with the Trump administration,” Carcieri said. “And Trump earlier used the national army to fight against citizen protesters. This is unacceptable to me because protest is the fundamental civil right of the American democratic society.”