Expecting obstacles in the planned return to classrooms, some propose a flexible hybrid class model for Fall 2021 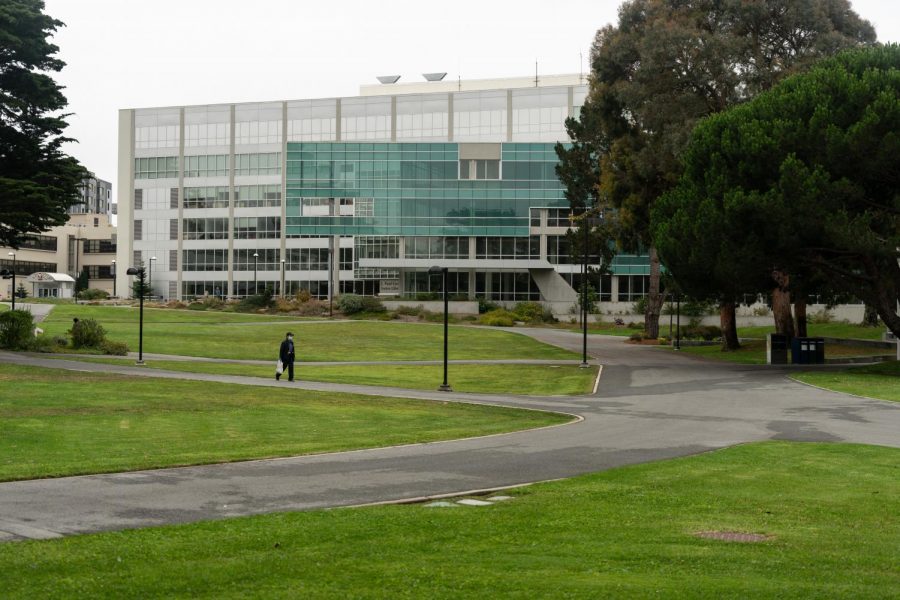 Last week’s announcement that most classes would return to campus next fall raised concerns among community members over what safety measures SF State would take and whether requiring students to return to the costly Bay Area would be unfair amid the economic crisis.

The California State University system, which comprises 23 public universities, including SF State, made the announcement on Dec. 9 without revealing any of the precautionary measures planned for campuses. Questions about these measures, sent to the CSU and SF State by Xpress, were mostly left unanswered, with their respective administrations referencing ongoing planning.

“The Fall 2021 semester is eight months away, and there are many variables and a great deal of planning that will happen between now and the beginning of the term,” CSU Public Affairs Manager Hazel Kelly wrote in an email to Xpress. “With that said, campuses will continue to work on their respective plans and share those plans with the campus community as we get closer to the term.”

CSU’s original announcement came as an enormous relief for many students and faculty who day-in, day-out experience the ramifications of virtual learning and the digital divide. The announcement’s relatively early timing also grants faculty additional months to prepare their teaching plans for Fall 2021, said James Martel, president of the SF State chapter of the teachers union, the California Faculty Association.

Martel and others interviewed stressed the need to enact new safety measures on campus next fall. Some students also showed support for a hybrid classroom model that allows them to decide whether to attend classes in person — an idea that Martel said he could see himself supporting as a temporary, transitional measure, even though he generally favors a full return to the classroom.

Beyond fears over the dangers of attending in-person courses, students have expressed that it would be unfair to require many of them to leave their homes for school as they and their families bear the brunt of the pandemic’s economic fallout. Rent has plummeted 25% in San Francisco, but the median rent for a one-bedroom apartment was still about $2,000 at the start of December.

CJ Trowbridge, a senior pursuing their bachelor’s in Urban Studies and Planning, noted that regardless of the pandemic, the U.S. is still expected to have some 10 million unemployed next fall.

“The idea that this school is telling everyone now to start planning for new jobs and apartments and move back to (one of) the most expensive cities in the world at the height of the worst times that we’ve ever seen just doesn’t make any sense,” Trowbridge said.

Transitioning to solely in-person classes would also disadvantage community members with comorbidity factors as well as people who are unemployed and can’t afford to move back to San Francisco, they said.

All the while, uncertainty surrounds the U.S. timeline for vaccinations.

Returning to a degree of normality by the fall semester would require vaccinating 70% to 85% of the population by August to reach herd immunity, Anthony Fauci, director of the National Institute of Allergy and Infectious Diseases, said on a livestream held Friday by the CSU, attended by SF State President Lynn Mahoney.

Fauci said he was “cautiously optimistic” about the U.S. meeting the goal by next fall. But the U.S. is running on a tight schedule.

President-elect Joe Biden’s 100-day plan intends to have 50 million U.S. residents, about 15% of the population, vaccinated by the beginning of May. It would leave the U.S. four months to vaccinate half of its population by the start of September.

A dilemma of inequities

With trends of inequities typically divided along race and class lines, in particular surrounding the digital divide and during the pandemic, USP senior Ann Chen contended that a return to campus could increase access to technology, school supplies, food and other resources for students who are low-income or Black, Indigenous and people of color.

Even so, Chen said they felt the announcement was premature. They pointed to how, despite projections about vaccinations, the U.S. hasn’t provided exact dates by which it expects the general public to receive vaccinations.

They also sympathized with students financially hard-pressed to return to campus and with international students, who may be unable to return due to their respective countries’ border policies.

Chen said that for these reasons, they could see in-person instruction working through a hybrid class model that enables students to make decisions based on their circumstances and creates safer classrooms by reducing the number of students in each room.

“I think that there are ways to do it potentially, where students can even choose the level of risk they’re willing to take,” Chen said. “For instance, if the reopening is partially in person and partially virtual, where the in-person classes are being filmed and maybe broadcast to some students, perhaps they would be able to assess the risks in their own life in a more flexible way.”

Also crucial, Chen added, is that SF State does all it can to stem the spread of the novel coronavirus during in-person classes.

Though the administration has repeatedly emailed the community reporting no widespread infections on campus, it also isn’t offering nor requiring novel coronavirus testing — something Fauci, at the Dec. 18 meeting, strongly advised doing both shortly before and regularly during the next Fall semester.

Bravo told Xpress that a lack of facilities which can safely collect COVID-19 samples prevents SF State from offering testing, but the school is exploring offering on-campus testing in the future. He added that the administration is working out details for the planned return to class and expecting to follow up with the campus community once they’re finalized.

“(The CSU’s) announcement provides current and future students and their families with assurances that the CSU is and will continue to work diligently on the health protocols needed for a safe return to campuses in fall and to allow all more time to plan,” SF State’s communications team posted on the school website. “As always, the health and safety of our campus community will be our top priority. “

In the first weeks of this semester, the faculty union was negotiating with the administration over a series of agreements to dictate the conditions faculty would work under as campus became fractionally repopulated.

The vast majority of the agreements were ratified, but the one actually addressing campus safety measures was put on the back-burner and never approved, Martel said.

“The one thing we never negotiated is the actual repopulation plan for the campus,” Martel said. “In a way, that was a really a mistake because it’s happening, and people’s health is concerned.”

The negotiation left off with the CFA offering a number of counter-proposals; that was when the administration became caught up with other issues, and the negotiation came to a halt, Martel said.

“They never really answered us, but I don’t think it’s out of malice or anything,” Martel said. “I think they just got overwhelmed by other issues. But we’re still trying to make it happen.”

Martel said he expects the union to finish its negotiation in time for Fall 2021.