After 15 years in the Westfield Mall, Downtown Campus looks to cost- and space-efficient alternatives 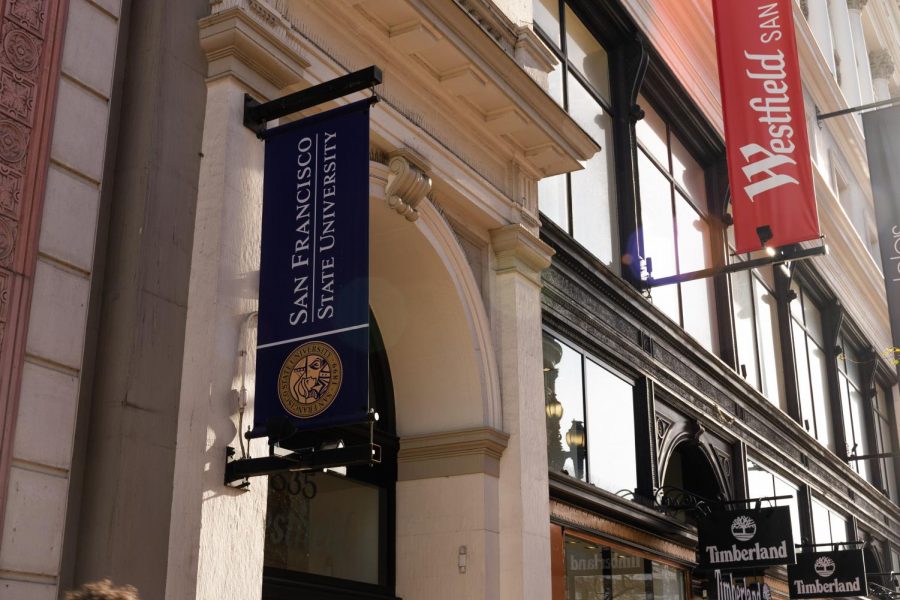 At the close of a 15-year lease, SF State is looking to relocate operations at its downtown campus from the Westfield Mall complex.

SF State’s Downtown Campus primarily serves students of the College of Extended Learning and graduate studies, many of whom are full-time workers. However, many students, even pre-pandemic, opted to take their classes either in the evenings or online, leaving a significant amount of classroom space underutilized, according to Alex Hwu, dean of SF State’s College of Extended Learning.

However, the convenience, aesthetics and proximity to Muni comes with a hefty price tag: renting the space costs the university about $1.8 to $2 million annually, according to Hwu.

Unlike SF State’s main campus, which is owned by the CSU system, space at the Downtown Campus is rented through Unibail-Rodamco-Westfield SE, a commercial real estate company. To generate revenue, Downtown Campus offers conference rentals, which Hwu estimated generates about $1.3 million of the $2 million spent annually on rent and utilities at the location.

“Whenever we sign a lease, we always spend time first evaluating whether or not we need the space,” Porth said. “And what’s become clear to us is that our current downtown campus is larger than what we actually need.”

Although rental prices in San Francisco have dropped in the pandemic, according to brokerage Cushman & Wakefield, reported on by the San Francisco Chronicle, commercial renting space in the central business district reached a record high of $81.25 per square foot in 2018, surpassing the previous record of $80 per square foot set in 2000, at the end of the last tech boom. Considering that SF State’s lease began in 2006, staying in the Westfield Mall would mean a steep rent hike.

“If we were to stay at Market Street pre-pandemic, we would have probably expected our rents to double, like literally double,” Porth said.

A recently-renovated 19-story office building located at 160 Spear St., less than two blocks from the Embarcadero station, is being seriously considered for the new Downtown Campus location, Hwu said.

Besides trimming down extra space and expenses, reevaluating campus operations and student accessibility are also major considerations going into the move.

“First and foremost [we consider] what programs do we need down there,” Mahoney said. “So we’ll be driven by academic need for a program that’s located downtown as opposed to up here.”

With the unveiling of the Science Building on SF State’s main campus, CEL plans to transfer its main operations there, while some of its lecture programs will shift to the new downtown location, Mahoney said.

“The money we utilize I want to reinvest back into students, and to support the San Francisco College of Extended Learning to grow, we serve the students, we create an accessible program with the most affordable and meaningful impact,” Hwu said.

According to Porth, the transition to a new downtown campus is planned to take place over the Summer of 2021.