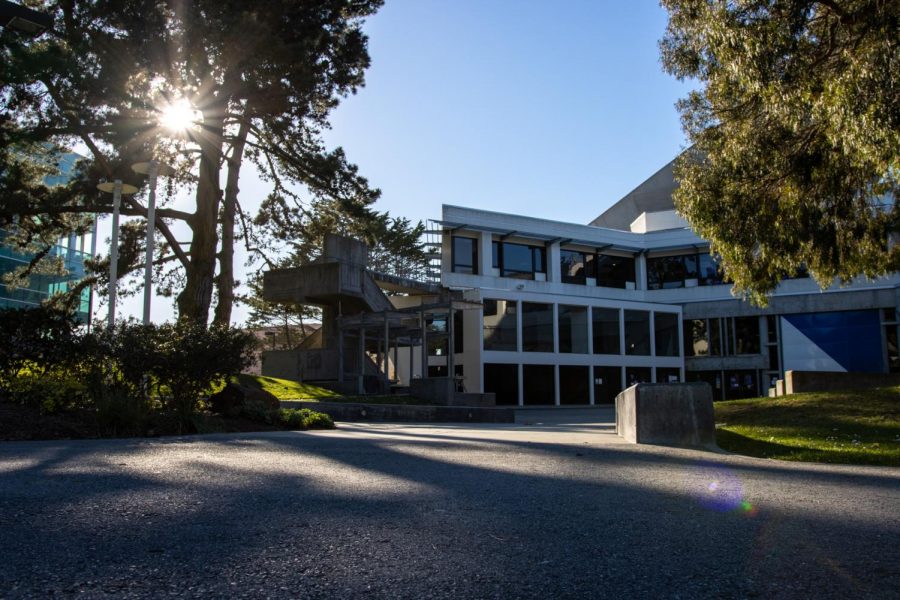 A picture of Cesar Chavez Student Center located at SF State’s main campus on February 26. The Dream Resource Center is one of the many clubs and organizations that can be found inside the center. (Amalia Diaz / Golden Gate Xpress)

When the Obama administration implemented the Deferred Action for Childhood Arrivals — also known as the DACA program — in 2012, a new pathway to citizenship opened up for undocumented immigrants who came to the United States as children.

After four years of former President Trump’s tenure in the White House, in part defined by its “zero-tolerance” toward undocumented immigrants, over 450,000 students remain undocumented. SF State’s Dream Resource Center was founded in January 2017 to be a resource for them.

The DRC works with all undocumented students, regardless of their eligibility for DACA, SB 68 or AB 540, which exempts nonresidential students from paying the nonresidential student tuition. On Feb. 23, the DRC held a workshop to guide students through the DACA application process and discuss updates to the program.

The event was hosted by Barabara Pinto, co-founder and managing attorney of Immigrant Legal Defense, a nonprofit agency partnered with SF State to provide immigration legal services to students, staff and faculty, as well as their family members.

In September 2017, the Trump administration announced its plan to phase out DACA, eventually limiting grants for the program’s recipients from two years to only one, including individuals with work permits.

“The Dream Research Center was created as a response to the Trump administration,” said Luis De Paz Fernandez, AB 540 dream coordinator of DRC. “We understood that the students were going to be attacked.”

In December 2020, a federal judge ordered the Trump administration to fully restore the DACA program back to its original 2012 state, enabling the U.S. Citizenship and Immigration Services to accept and renew DACA applications and request advance parole, allowing DACA recipients to travel outside of the U.S. and lawfully return.

On President Biden’s first day in office, his administration signed an executive order affirming its commitment to “preserving and fortifying” the DACA program. As a part of the program’s restoration, the USCIS re-extended all work permits back from one year to two years.

“Immigration is not something that I can just wake up one day and be like, you know what, I don’t want to be undocumented today,” Fernandez said. “It’s an identity, and it’s something that our students are dealing with every day on top of everything else.”

“We’re recommending individuals renew when they have around six months left, just to account for delays and other issues that may arise,” Pinto said. “Especially as we’re still in this pandemic, and seen a lot of closures and staff reduction with USCIS.”

The ILD’s services, which intend in part to lower statistics like that, are available for SF State students and faculty online at https://drc.sfsu.edu/legalservices.