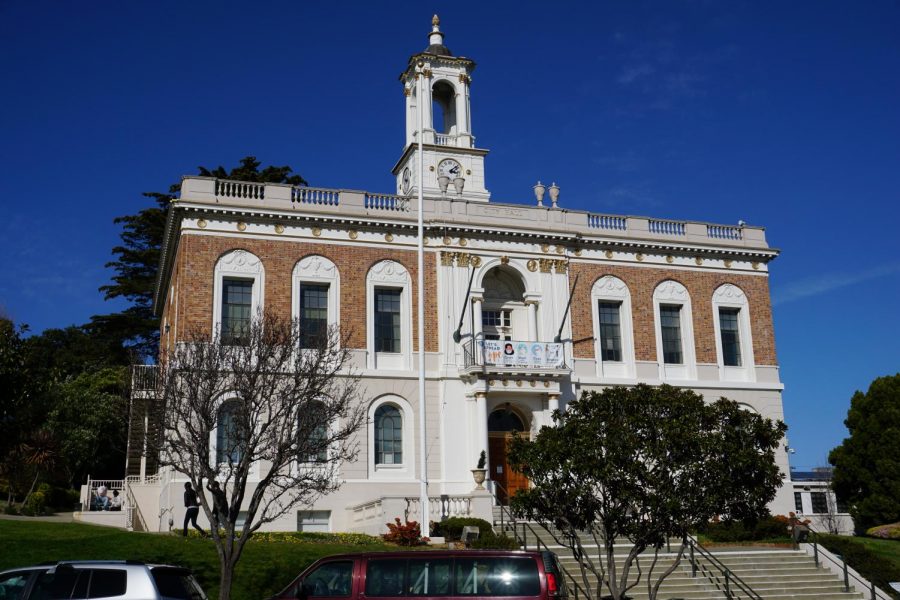 Working behind plexiglass and a mask for an eight-hour shift is strenuous and stressful but necessary, Cecilia Pleitez says, for her and her family. Pleitez, a Trader Joe’s employee of four years, is the only member of her family currently employed at a full-time capacity in the midst of the global pandemic

“My father, he had lost his job … and my mom, she only has a temporary job, so that was tough,” Pleitez said. “It was giving us that bonus [Trader Joe’s hazard pay], it was like extra, it was relief. And now with this, the city’s in more relief.”

The topic of hazard pay, or ‘hero pay,’ has brought up questions on the treatment of essential workers during a time when grocery store companies are experiencing record revenue increases. According to a report by Brookings Institute, retail and grocery companies have had revenues up an average of 14% over the last year, with profits rising 40%. It has also stirred up questions on the place of local or state governments to even impose such obligations.

These questions linger around the South San Francisco City Council’s unanimous approval on Feb. 24, of a new emergency pay ordinance, known as SB 343; it requires large grocery, drug and retail stores in the South City area to pay their essential workers an additional $5 per hour as hazard pay during the COVID-19 pandemic. According to the legislation’s text, the ordinance would not apply to stores with under 500 employees nationwide.

The pay ordinance is an emergency ordinance and took immediate effect on Feb. 24, and workers will also receive a retroactive hazard payment requirement to Feb. 11. The ordinance would specifically be applied to larger establishments such as Safeway, Costco, Trader Joe’s, Pacific Supermarket, Grocery Outlet and Smart & Final and the small businesses of La Tapatia, School House Grocery, Seafood City and Mike & Ken’s Grocery.

The CGA, a trade association that aims to represent food industry outlets, called the ordinance illegal, as they have for similar ordinances in other cities, and stated that such pay increases would amount to price hikes for customers. The CGA declined an interview request and did not reveal if they intended to take legal action against the city of South San Francisco.

“Unfortunately, the Grocery Worker Premium Pay ordinance would mandate grocery stores provide additional pay beyond what is economically feasible, which would severely impact store viability and result in increased prices for groceries, limited operating hours, reduced hours for workers, fewer workers per store, and most concerning, possible store closures,” the CGA declared in its statement.

District 4 Councilman James Colemen disagreed with this point and cited some of the huge financial gains grocery store companies have experienced during the pandemic. According to an AmTrust financial report, grocery store companies and supermarkets in most states were up 20% to 50%, with stores nationwide seeing a 100% revenue increase on March 16, 2020, when COVID-19 cases first surged past 3,000. The report also stated that stores such as Costco saw overall sales increased by double-digits for the fiscal 2020 second quarter.

“There really is no need to raise anything. There’s no need to raise prices or anything,” Coleman said. “It’s a common theme of the pandemic that the rich keep on getting rich and keep on profiting while the poor and the working people are the ones suffering. I think it’s time to change that.”

The decision comes on the heels of similar pay ordinances that have been enacted in various California cities, such as: San Francisco, Oakland, San Jose, San Leandro, Berkeley, Los Angeles, Long Beach and the entirety of Santa Clara County. The legislation’s text states that the ordinance would not be applied to smaller ‘brick and mortar’ or ‘mom and pop’ stores, it is set up in a manner that would exclude businesses with less than 500 employees nationwide. In essence, the ordinance would be applicable to approximately eight or nine establishments in the South City area.

“A lot of the wealth is being concentrated at the very top and not spread out to workers who are putting their lives on the line … the money is there,” Colemen said. “These grocery store companies, and drug store companies, are taking in record profit, but they’re not giving that to the workers that are ensuring that their grocery stores keep on running throughout the pandemic.”

According to Pleitez, the pandemic has proved a strange time to be a grocery store worker. She noted that at the start of the pandemic, she and her coworkers were treated with an unusual amount of respect and flattering behavior from customers, but she went on to say that this trend waned sometime after the end of the first lockdown.

“During this new phase of the pandemic. I feel like we all know that customers have definitely gone back to their old ways,” Pleitez said. “But that’s how customers are gonna be. You do get the nice ones [who say], ‘Thank you for your help. Thank you for being here.’ And I appreciate that too. But it just sucks because in the beginning they treated us very nicely and kind, but now it’s just like, OK, we’re just like, whatever.”

She also went on to cite some of the unprecedented behaviors she witnessed throughout the pandemic, such as “panic shopping.” As well as mentioning the general mood, during the start of the pandemic, was that of fear. Stemming from, at first, a lack of knowledge concerning what was going on and then to the opposite side of the gamut – being dreadfully aware.

“I will never forget, all of our transactions were for like more than $200 worth. And you would see people with two or three carts full of like, pastas, like all the shelf-stable foods, and it was scary…we never had to deal with that,” Pleitez said. “That was actually the first time that we’ve seen like, our shelves, so empty, like bare. And we’re like, ‘Whoa … this is really serious. Like, this is really happening.’”

City Attorney Sky Woodruff, who presented the details of the ordinance to the city council during the Feb. 24 regular meeting, said that the ordinance would have a 90-day “sunset period” – the set time period of the ordinance’s effect. Woodruff cited a pending court case in Long Beach, wherein the California Grocers Association filed a lawsuit against the city, as they have for other cities that have passed similar legislation, after passing a similar pay ordinance. This pending case has been a source of concern for several members of the South City council since the pay ordinance was first presented to the council during a Feb. 10 special meeting.

“Since there is not precedent on this … I can’t point to a case, or a set of cases, and say we are very clearly on the side that has prevailed in the past,” Woodruff said. “But I do think that the arguments the California Grocers Association have made against it [hazard pay ordinance] are not particularly strong.”

CHANGESSF, a multigenerational coalition in South City that advocates for “community empowerment,” has met the passed ordinance with general approval; however, the group also said in a written statement to Xpress that the council’s delayed action was a source of disappointment. They also stated that they were particularly disappointed with the manner Councilmembers Mark Addiego and Buenaflor Nicolas responded to the proposed ordinance.

“Councilwoman Nicolas echoed the threat from these corporate interest groups that a pay increase would increase the price of goods sold or lead to a loss of jobs,” the statement said. “These arguments show the way that corporations will insist that their business model requires that workers be underpaid for their ‘essential’ labor, a narrative which we reject.”

The United Food Commercial Workers, a union representing grocery workers, wrote in support of the pay ordinance with a public statement and echoed similar sentiments.

“They have continued to report to work and serve the community and are tasked with the additional responsibility of maintaining a safe environment for shoppers,” the UFCW5 wrote. “These essential workers are putting their lives on the line everyday that they walk into the store.”

For Pleitez, work is tough and she has noted that as news of vaccinations, reopenings and calm down continue, the attitude of customers has correspondingly grown more casual and less wary. And with her being the only member of her family working full time, there is an added stress.

“You have people losing their jobs and, you know, businesses closing, and it’s just been tough,” Pleitez said. “With the hazard pay, even with the bonus from Trader Joe’s, it’s definitely helped tremendously. I am feeling grateful because I don’t know what we would do sometimes without that, and it won’t be forever but I’m just very grateful.”