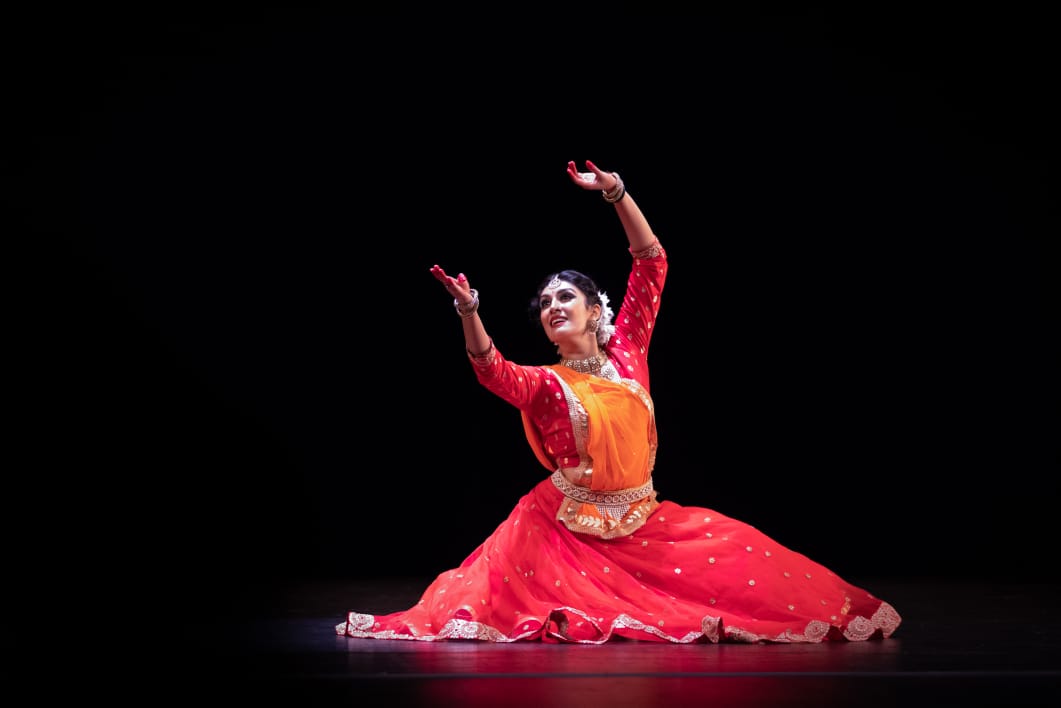 A woman dances Kathak, a Indian classical dance. The dance was one of the activities featured during the South Asian New Year festivities. (Shinjinikulkarni / Creative Commons)

A woman dances Kathak, a Indian classical dance. The dance was one of the activities featured during the South Asian New Year festivities. (Shinjinikulkarni / Creative Commons)

OACC is an organization established by a volunteer coalition in 1984 in Oakland’s chinatown to promote Asian culture around the Bay Area. The mission of OACC is to promote cultural exchanges, identity recognition, and social justice in the context of the multicultural and ethnic background of the United States.

Akemi Chan-Imai is the program manager of OACC. Chan-Imai expressed the original intention and purpose of hosting the event.

“OACC, our larger mission is really to build stronger, vibrant communities, these arts and cultural programs, particularly along intergenerational and cross cultural lines. This South Asian New Year celebration once again gathered many people and once again reflected our core idea.” Imai said.

Akemi Chan-Imai said that when the OACC was preparing for the Lunar New Year, it had already planned to prepare for some South Asian countries for their new year, and this event was part of their schedule.

“We wanted to do another New Year celebration with this particular regional focus. Really use this opportunity to bring and invite people to learn about other cultures, about other traditions,” Imai said

Rachall Lee is a program assistant of the OACC. Lee explained why some South Asian countries have a different new year time compared to other Asian countries.

“The western calendar follows the Gregorian calendar. And then a lot of East Asian countries follow the lunar calendar. But a lot of Southeast Asian and South Asian traditions follow the solar calendar. So this is actually their New Year,” Lee said. Lee expressed that their new year is related to their religious beliefs, but they usually use the same solar calendar, so now is the beginning of the new year.

“The Coronavirus has really taken a lot of joy out this past year, any chance to celebrate we should take it,” Lee said. “We’re all diaspora, we all came to the United States for one reason or another. One of the nice things about being in the Bay Area is that we have so many different cultures in this small space.”

Tommie Bunmi is a Thai student studying at the University of San Francisco. This year is Bunmi’s fourth year in the United States. Bunmi mentioned her expectations for this event.

“I was very happy to have the online events because the epidemic banned outside celebrations,” Bunmi said. “American Asian community is suffering Anti-Asian violence now, I hope this celebration can bring more positive energy to our community, not just bad news all the time.”