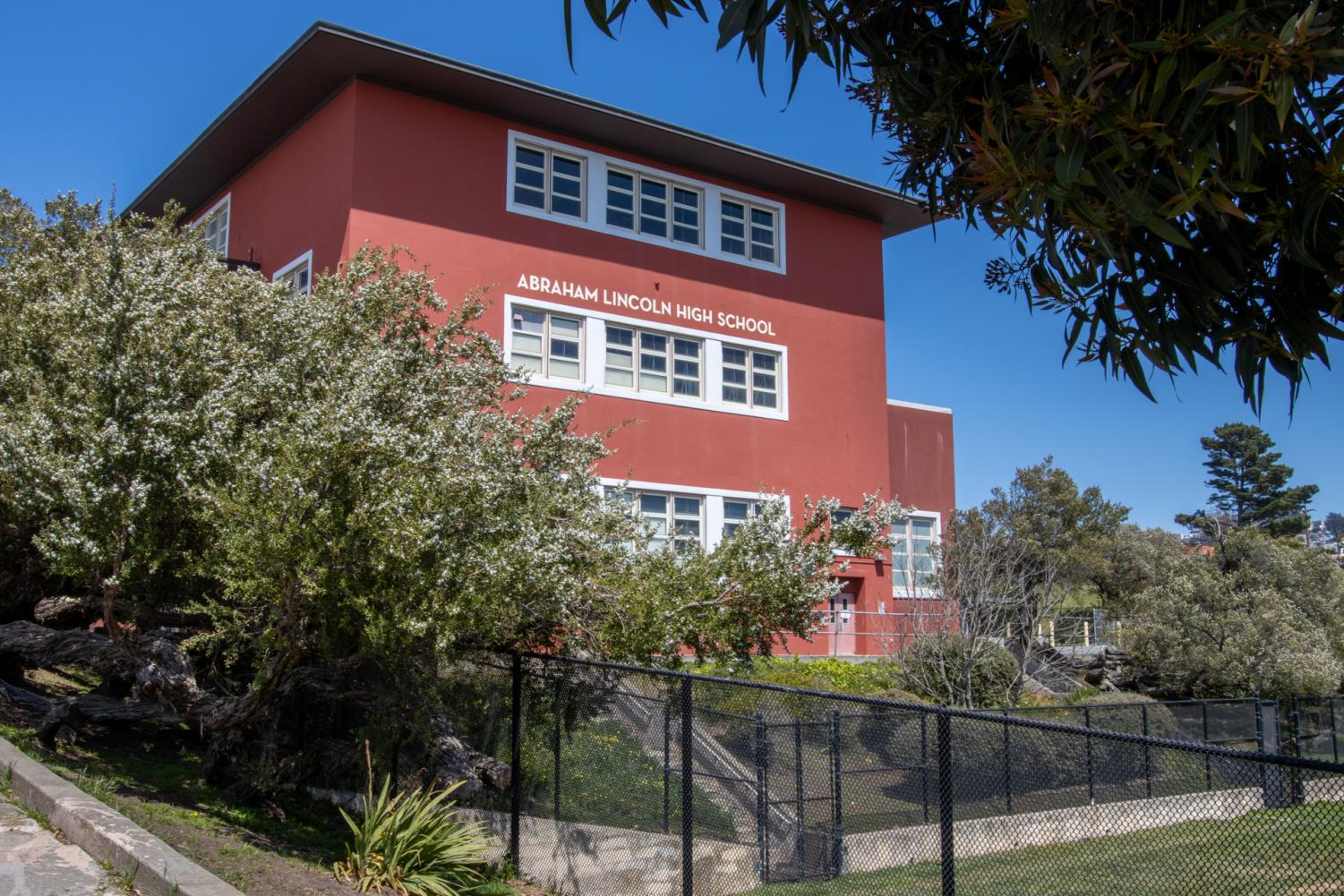 An image of one of the buildings within Abraham Lincoln High School. This high school, along with 43 others in San Francisco, was proposed to have its name changed due to these schools being named after specific people and their connection to enslavement and oppression. (Amalia Diaz / Golden Gate Xpress) (Amalia Diaz)

An image of one of the buildings within Abraham Lincoln High School. This high school, along with 43 others in San Francisco, was proposed to have its name changed due to these schools being named after specific people and their connection to enslavement and oppression. (Amalia Diaz / Golden Gate Xpress)

Jill Hendricks, music teacher at George Washington High School, is one of the teachers in the San Francisco Unified School District who believes that the district’s recent resolution to rename schools is part of the “cancel culture” age.

Washington had slaves and participated in the western expansion. However, she said that it is part of the nation’s history. Mayor London Breed and various teachers at these schools have come to an agreement that the school board should not prioritize renaming schools and try erasing our history.

The resolution that was proposed was built around the idea to rename up to 44 schools in the San Francisco Unified School District. The decision to rename the schools was widely criticized, becoming controversial as it was based on the fact they were named after historical figures that had relation to enslavement, oppression of women or prevented opportunities of freedom and liberty.

According to former George Washington High School history teacher David Goldman, the renaming process would cost money that could otherwise be used toward the students and their education.

However, the cost of this proposal is not the main concern, according to Mayor Breed. Changing the names of schools because the historical figure can be deemed offensive was what caused this to draw national attention. Mayor Breed expressed her priority in opening school’s back up. Current teachers at the selected schools expressed their frustration.

“Changing the name of a building doesn’t change the history — it happened,” said Hendricks. In the 44 schools that were listed to be renamed, George Washington High School was among them because of Washington’s affiliation with slavery.

According to Hendricks, teaching the history of those people can be approached differently in terms of showing the negative aspects of their actions. Hendricks said that many of these men and women were products of the time period in which they lived, and they were imperfect as we all are.

“I think we can do a better job of teaching our history as it really was and use these people as teachable moments for our students,” Hendricks said. “I don’t think renaming schools is going to address the problems with race in this country. It will cost money that the district most definitely doesn’t have.”

Based on other schools that have foregone name changes in Houston, Texas, it cost more than $1.2 million to rename just eight schools that were linked to the Confederacy. According to the SFUSD budget overview, the San Francisco school district is currently facing a budget deficit of nearly $75 million.

George Washington High School has gone through similar disputes in recent years. The 1936 mural called “Life of Washington” by Work Progress Administration Artist Victor Arnautoff was voted to be painted over in June 2019 because it showed slavery and white settlers walking over a deceased Native American.

Members of San Francisco’s George Washington High School Alumni Association pushed for an effort to keep the mural, arguing that it is a necessary part of history and is ideal to be in a place where students go to learn.

The resolution to rename schools in San Francisco became controversial and received national publicity for the effort to dispose of the names of schools that are named after those who violated human rights such as oppression and racism. Mayor Breed expressed her disdain for the resolution, issuing a statement stating that the school district should aim their focus toward reopening the schools and prioritizing getting students back into the classrooms, rather than spending the time, money and effort to rename.

Mayor Breed also said that the proposal to change names was “offensive” and a waste of time, energy and resources. During the pandemic, there are more important issues that should be prioritized, such as getting the students back into their pre-pandemic school environments.

SFUSD Public relations manager Laura Dudnick shared how the proposal originated and explained the motive behind it.

On May 22, 2018, the board of education adopted Resolution No. 184-10A1, in support of a formal process in renaming of SFUSD schools. “Committing the district to changing names of schools named for historical figures who engaged in the subjugation and enslavement of human beings; or who oppressed women, inhibiting societal progress; or whose actions led to genocide or who otherwise significantly diminished the opportunities of those amongst us to the right to life, liberty, and the pursuit of happiness,” Dudnick said.

San Francisco is not the first to suggest a name-changing resolution. City councils and school districts across the nation, such as Richmond, Virginia, have removed Confederate monuments and renamed buildings that were connected to Confederate leaders who supported slavery in America, such as Thomas Jefferson and George Washington.

Will this idea be supported enough to actually move forward once it is revisited? Michael Koehn, leadership team member of Brownie Mary Democratic Club, weighed in on the plan to rename schools.

“I think it’s a very ill-thought-out idea that is not going to hold up with most people,” Koehn said. “We’re standing in the year 2021 and 100 years from now … people are going to look back and say, ‘What were those people thinking in 2021? Where was their head?’ We also have to consider what things were like during the times of George Washington. I say use it as a learning experience.”

Both present and former teachers from the schools that were listed in the effort to rename have strong thoughts about the ethical standards and values in our current generation —sharing thoughts about comparing values of today to certain time periods in our history.

“They were looking for schools who had people’s names on it that were connected to slavery, Indian massacres, anything we look back on today as a terrible thing,” Goldman. “We are looking back and judging them based on today’s values. We teach you everything about them, the good, the bad and the ugly.”

Goldman explained how looking back on the flaws in previous generations can be easy to critique. Some people have more flaws than others, these political and historical figures are taught in history classes so kids can understand that time period. It should be important to learn the history of our country, even if that includes the flaws from previous generations.

There was widespread criticism that historians were not involved more in the conversation with name-change discussions. Gabriela Lopez, San Francisco school board president, made a statement promising to engage more with historians and universities in future communication in the process.

The resolution was formally rescinded on April 6, 2021. Priorities have been focused on shifting from online learning and getting students back to the classrooms. According to the official statement, it will be revisited once students have returned to in-person learning for the full five days a week.