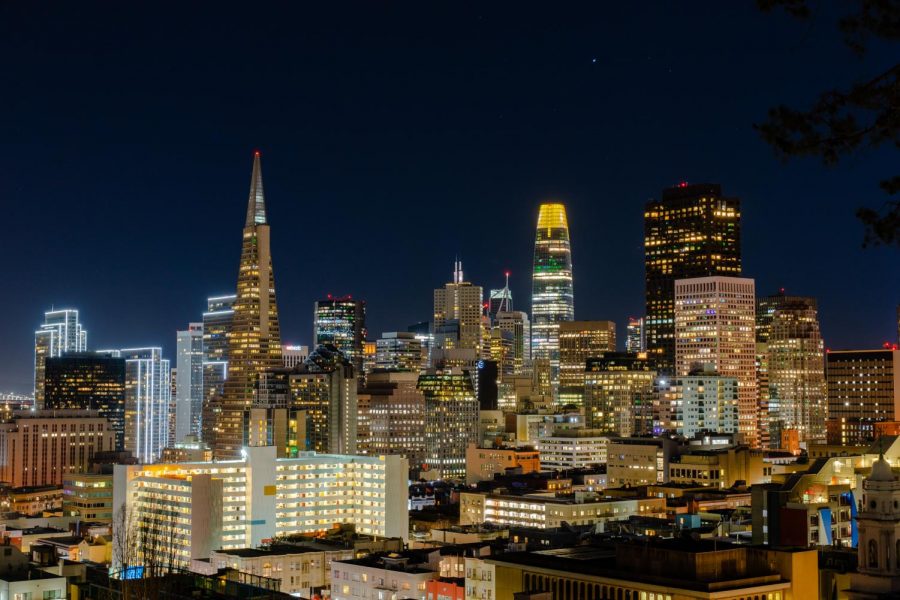 A fentanyl high starts like many others: extreme happiness, drowsiness, sedation. The comedown, however, is not as pleasant. During a fentanyl overdose, the user’s breathing can dramatically slow down or stop, decreasing the amount of oxygen that reaches the brain, which can lead to a coma, permanent brain damage or death.

And depending on how it is taken, it can kill in a matter of minutes.

A common medicine typically used to treat patients recovering from surgery, fentanyl can be anywhere from 50 to 100 times more potent than morphine. It is this potency that makes it so addictive.

People with fentanyl addictions who stop using can start to experience severe withdrawal symptoms within a few hours after last taking it, which can include intense cravings, trouble sleeping, diarrhea and vomiting and muscle and bone pain.

In San Francisco, according to a report from the office of the chief medical examiner, there were 697 accidental drug overdose deaths from January to December of 2020, with more than 400 of those caused by fentanyl.

Comparatively, by the end of December 2020, 260 people in San Francisco had died in association with COVID-19, from a population of approximately 880,000, according to the San Francisco Department of Public Health.

“We know what it looks like to respond to an epidemic,” District TK Supervisor Matt Haney said. “We just did it over the last year. And we need that similar level of litigation, strategy, tracking, to stop the epidemic of drug overdoses.”

So far, 2021 is progressing in much the same way as the year before. According to a preliminary report released April 16, the city has had 203 accidental overdoses, 141 of them from fentanyl.

“We keep getting worse. Right now, the urgency that our various city departments are bringing to this is brutally insufficient,” Haney said.

The current strategy from the city is overdose prevention sites, drug sobering centers, support for people to stay in treatment and outreach to those who are not, as well as community access to naloxone, according to Alison Hawkes, public relations officer for the San Francisco Department of Public Health

Naloxone is a nasal spray or injection used to treat people who show signs of an overdose or who have stopped breathing. San Francisco’s Drug Overdose Prevention and Education (DOPE) Project, the largest single-city naloxone distribution program in the country, doled out more than 50,000 doses in 2020.

Some people, like epidemiologist Alex Kral, say the drug crisis is inextricably linked with the city’s homelessness crisis. And according to Hawkes, “Overdose is the largest reason for death in people experiencing homelessness.”

She added that increased isolation due to COVID-19 shelter in place orders has also been a contributing factor of overdoses.

“Most people who die of fentanyl die in housing,” Haney said.

According to the report, 71% of those who died had a fixed address, the four most affected neighborhoods being the Tenderloin, SOMA, Nob Hill and Inner Mission, in that order.

College campuses are not immune to the dangers of fentanyl.

In November 2019, Ivan Aguirre, a 20-year-old Arizona State University student, died of a mixed drug overdose that included fentanyl and etizolam, the school’s first documented incident involving the opioid. University of Colorado senior Madeline Globe died after taking a $5 pill laced with the drug, thinking she was taking a Xanax. Tessa C. McCullough, a student at Rowan College of Burlington County, overdosed on fentanyl-laced cocaine.

But according to Allen Klemme, a lieutenant in the SF State Police Department Division of Campus Safety, there have not been any reported incidents involving fentanyl or opioid uses or overdoses since 2015.

And data from the 2018 College Prescription Drug Survey results for SF State found about .3% of SF State Students reporting using Fentanyl and .7% for Heroin, which only amounted to 6 people in the whole sample, according to an email from Karen Boyce, director of Health, Promotion and Wellness at SF State.

The problem with opioids like fentanyl is they are commonly accessible without the need for a prescription. Often, the victims of an overdose don’t even know they are consuming fentanyl.

Dealers have started mixing fentanyl and other drugs because it produces a high while using less product. The addition of the opioid is often more than the user’s body can handle, resulting in a greater likelihood of an overdose.

As a response to these issues, SF State is offering a variety of workshops and guides to help students experiencing addiction to alcohol, tobacco and other drugs.

Signs of an opioid overdose include pinpoint pupils, confusion/delirium, or “acting drunk”, sleepiness/inability to wake up, breathing problems, cold/clammy or bluish skin. A good tip is to look for discoloration around the lips or under the fingernails.

If someone is experiencing an opioid overdose, check for responsiveness from them, perform rescue breathing, administer naloxone and call 911.