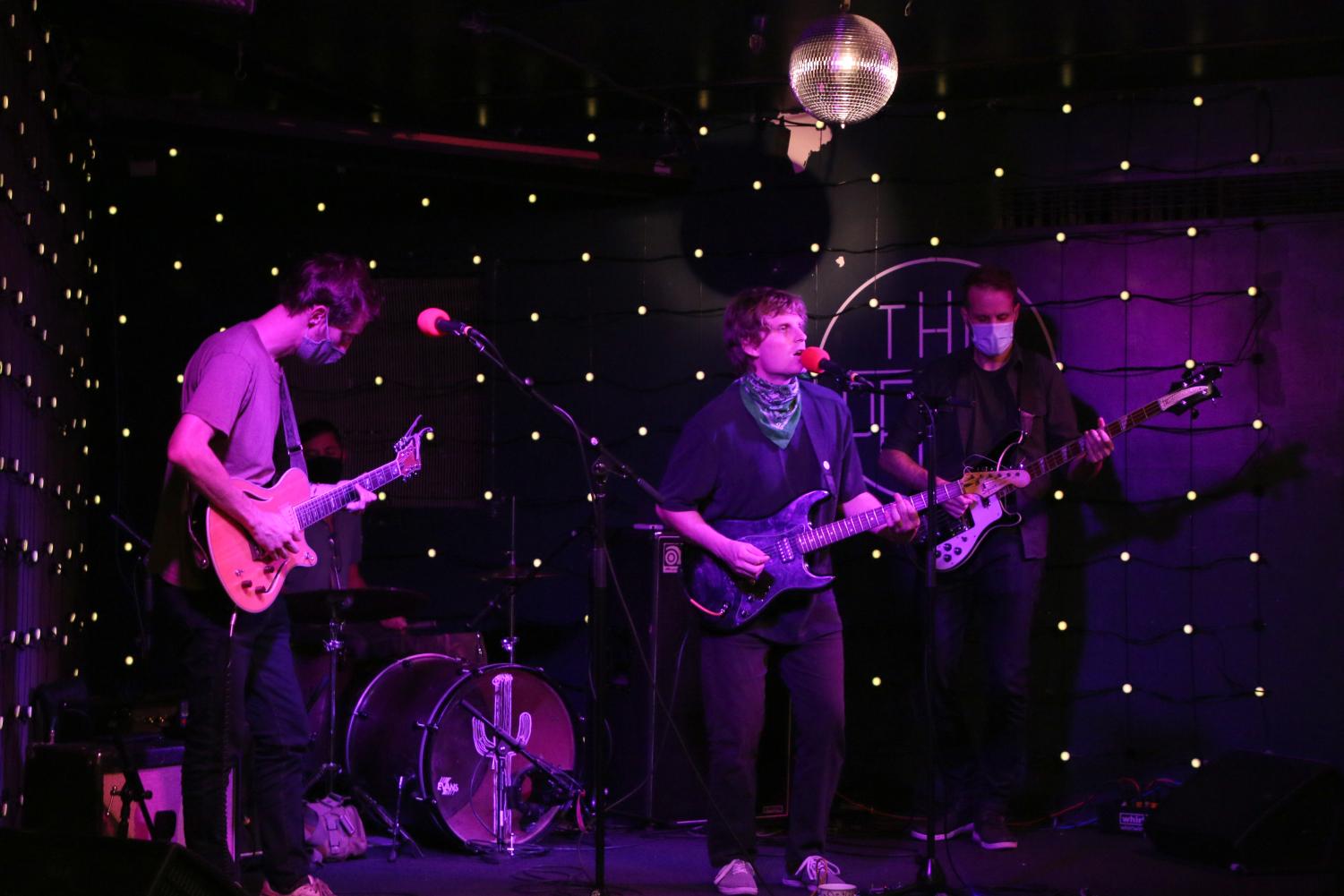 The Depot staff remain optimistic for what’s to come, despite continued low audience turn out

When The Depot manager and longtime music fan Chloe Little was hired at the beginning of the fall semester, she saw campus’s reopening as a fresh start for the on-campus concert venue, located under the Cesar Chavez Student Center.

Little’s vision was centered around her desire to create a space where students could bond over music while escaping the troubles that the pandemic left behind, as the campus returned to in-person learning.

“The pandemic stunted a lot of growth for people, so after such a stressful and lonely year, bringing people back to this sort of space could be a really positive change,” Little said.

So when she had the chance to spearhead her first concert series, Little jumped on the opportunity with The Depot Revival, a series of concerts Little is using to champion the venue’s reemergence from the pandemic.

The shows, in large part, feature new artists who had wanted to perform in the past and other local or returning artists.

While she was hopeful the series would help revive some of the hype from years prior, Thursday’s show had a mere tenth of the turnout of its pre pandemic audience where the venue was hosting for upwards of 60 people.

Part of the problem, Little said, is getting new students acquainted and excited for The Depot and it’s array of free shows.

“It just goes back to really focusing on what students want and what students actually find interesting and cool to go to and take the time out of their day to come find the events and stick through it,” Little said.

Although Emby Alexander, a psychedelic pop band from Arizona had frequently performed in the city, last Thursday was the first time they played at SF State according to singer and guitarist Michael Brian Alexander.

“College students are always attentive and creative people so we feel like we vibe well with them and we thought it would be a good match,” Alexander said.

The performance was the sixth of 12 concerts in The Depot Revival series.

“We’ve had communication with a lot of these artists for a while because there’s kind of a demand to perform here so it’s just a matter of finding a time in the schedule to book them,” Little said.

But even with the demand for its stage and above all other factors this semester, the usually packed Depot was left struggling after The Pub, just steps away, closed down and took the crowds with it.

“Usually people would come down to the pub or the restaurant and see that there’s a show going on and just gather,” Little said. “Most of my friends who are 21 and over are at the bars at night rather than at school.”

She added that The Depot has unsuccessfully tried to persuade the bar to reopen, meaning they may not be able to count on its clientele until the spring.

As a result the Depot shifted attention to their marketing efforts on its Instagram.

The aim was to make themselves more visible among a student community that either became unmotivated to visit the location after The Pub’s closure or are unaware of The Depot’s physical comeback.

“Surprisingly, a lot of people don’t know what The Depot is and don’t know that it exists because a lot of students have just joined SF State this year,” Little said.

This included some of the artists themselves who did not know whether The Depot was back to hosting events on campus, newly hired assistant manager and SF State senior Walter Isaac said.

Little and Isaac have conducted constant Instagram polls to gauge student interest on musical preferences, printing flyers to place them in areas where they believe these will attract the most attention and advertising events weeks before they happen.

For students like Johanne Buch, an exchange student from Denmark and Depot first timer, attending Thursday night’s event was enjoyable.

The sophomore, who is friends with Issac, said she didn’t know about The Depot until he mentioned that they were having an event.

“I thought it was exciting that something was happening. I think it’s really cool that events are happening on campus, it’s really good for student life,” said Buch.

Buch was one of six audience members at Thursday night’s event. This number was a few short from last week’s more robust turnout of approximately 20 students during a concert for the Loserlees, a band made up of current SF State students.

For Buch the event was more than a night of free music, it was an experience she had longed for.

“I think just the whole experience of being there because last semester there was stuff over Zoom but it wasn’t the same and you weren’t surrounded by people and just the whole atmosphere,” Buch added.

Both managers remain hopeful for The Depot’s future and have begun polls for Rhythms, the week-long music festival in April where artists like G-Eazy, Rico Nasty, Big Boi, Vince Staples, Kehlani, T-Pain and other big names have taken the stage.

The festival will take place at the Annex — the campus venue for large scale events — according to Isaac.

“I think the best part of this job is honestly being able to make students happy with whatever they want to listen to, what they want to see happen here and just give them an all around good time,” Isaac said.