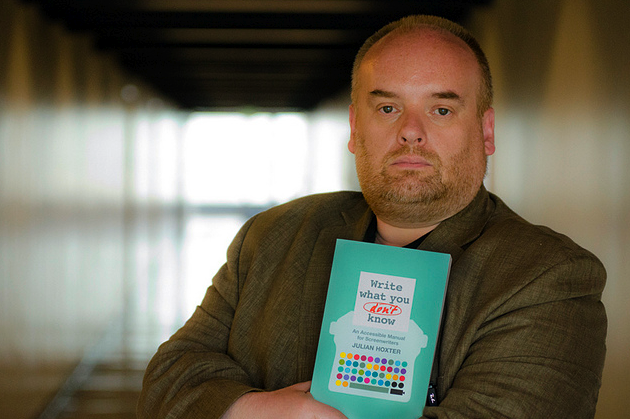 Screenwriting professor Julian Hoxter didn’t intend to begin writing a book immediately after starting his new job at SF State. He was expecting a little bit of time to get reacquainted with the United States.

However, the England native, who moved here in 2008, didn’t get that chance to settle in. Within a couple months Hoxter was contracted to start his first full book, “Write What You Don’t Know: An Accessible Manual for Screenwriters.” The book, which was published in August, is targeted towards helping students through difficulties with scriptwriting.

“The book is very much meant to be a way for students to grapple, which is one of, what I think, the hardest things to do while you’re in film school,” Hoxter said.

The book is written predominantly for students, and although it discusses obvious obstacles including the technical and creative aspects of screenwriting, it also covers specific topics that a film student may struggle with.

“Dialogue is not always my forte. I too have to make a conscious effort to write characters with their own voice,” said Amanda  Avanzino, 24, who graduated from the cinema department in 2009. “And writing outside my comfort zone. I struggled to write anything that wasn’t second nature to me but now I take liberties with my writing.”

The manual has a witty and sarcastic tone to it, much like Hoxter’s lectures. And although he wants to help students think outside the box, Joseph McBride, a cinema professor at SF State, thinks that it would be a great read for anyone looking for a new way to write scripts.

“He’s sort of paradoxical. It’s true to write what you know, but students should be made to look outside themselves. I’d recommend it for anyone looking for a good way to write scripts,” McBride said. “I’m not a big fan of most screenwriting manuals; they teach you how to write formulas and get rich, but his book tells you how to write a good story.”