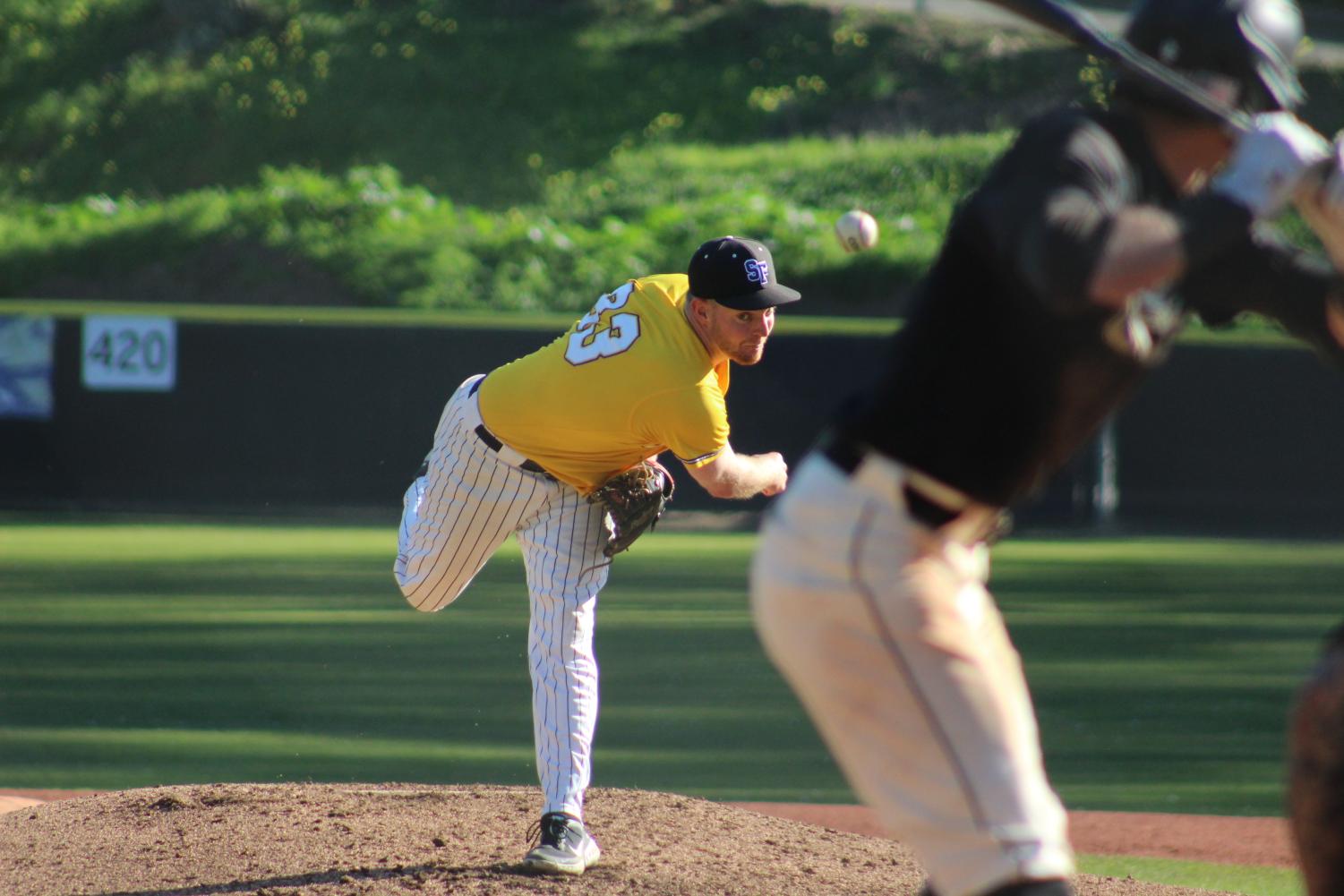 The SF State baseball team beat Colorado Springs 13-2 on Saturday in front of a crowd at Maloney Field — the team’s first game on campus since the university went online in March 2020.

The Gators, who were voted to finish fifth in the California Collegiate Athletic Association Preseason Poll, are now 3-1 in the young season, having finished the four-game season series vs. Colorado Springs.

After over a year away from the field due to COVID-19 restrictions, team members expressed excitement over being back.

“It was really emotional playing again,” SF State left fielder Nick Upstill said. “Feels great to be back on the field, we’re really excited and grateful to be back.”

Head coach Tony Schifano said not being able to play was tough on the players and coaches, but they stayed ready for the opportunity and are committed to the season.

“We had some guys that are seniors that extended their graduation,” Schifano said. “A lot of guys stayed committed. They basically gave a year of their lives to us and the athletic department, the university, so we’re extremely grateful.”

In what was a dominant team effort on Saturday, the Gators showed no signs of rust. SF State’s starting pitcher Tyler Franks started the game off with three strikeouts.

The Gators jumped out to a 10-2 lead after three innings and didn’t give up another run the rest of the way.

“It definitely helps a bit when the offense gets off to a start like that,” Franks said. “I started out hot and felt good.”

Pitcher Nathan Shinn came in to relieve Franks in the fifth inning and tossed four innings with just two hits and no runs..

Upstill finished the game 4-5 with two triples, two runs batted in, and three runs scored. Third baseman Richie Rios went 3-4 at the plate with a double, three RBIs and a walk. Santos was 2-3 with three RBIs.

While the season has only just begun, the Gators are off to an encouraging start and have their sight set on the championship game. Schifano said he is pleased with what he’s seen so far but knows there’s still areas that the team needs to improve on.

“When you don’t play for a while, the speed of the game is the part that you’re concerned about,” Schifano said. “You can scrimmage as much as you want, you can do all the drills you want, but the real game speed is different.”

Next up for the Gators is a four game series at Colorado State University Pueblo. They return home March 4 to play against Cal State San Bernardino.