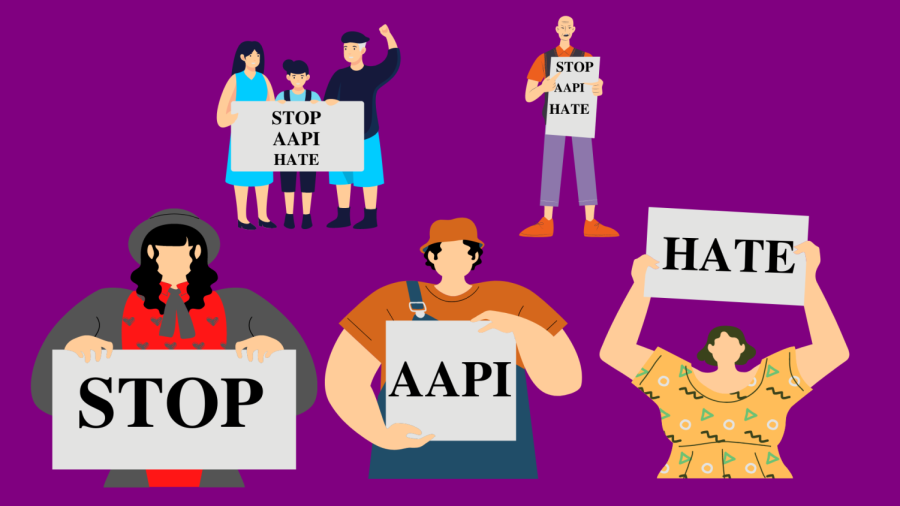 TRANSCRIPT:
Intro
Chris: Happy Friday, Gators! This is Chris Ramirez, Editor-in-Chief and your host for Gatortalk, the podcast where honestly, T-Pump Tuesdays are the only thing getting us through the week. With me today is Myron Caringal, Xpress’ Diversity Editor and today’s guest.

Chris: For more information/coverage, check out goldengatexpress.org OR @GGXnews on all social media platforms.
Preview of the show
Chris: Today’s main story focuses on two new California bills introduced last month that are intended to help prevent harassment and discrimination in public places. Myron sat down with the co-founder of Stop AAPI Hate and SF State’s very own, Dr. Russell Jeung.

So let’s get into it.
Main Story
Chris: Xpress featured Dr. Jeung on Gator Talk last semester when he was named one of TIME Magazine’s Top 100 most influential people of the year. Side note: If you haven’t listened to that episode, you probably should. But anyway, Myron, what has Dr. Jeung been up to since we last had him on the show?

Chris: Interesting. Tell me more about that report.

Myron: The report found that about one in five Asian Americans and Pacific Islanders experienced a hate incident from March 2020 to September 2021. That equates to almost five million AAPI folks experiencing racism nationwide.

Chris: Hm. And that only accounts for reported incidents, right?

Myron: Right. So it might not even be close to the actual number.

Myron: Most of the hate incidents were in the form of verbal harassment and shunning while physical harassment was the third most reported. A majority of these incidents happen in public places, like streets and businesses.

Chris: So Myron, how do these findings translate into legislation?

Jeung: So eight percent of the cases of incidents of racism occur on public transit, like Muni and BART, and we’re concerned about rider safety. Most transit systems think about rider safety in terms of physical safety, like avoiding accidents, but for us, rider safety includes being free from harassment and assault. And so this bill would ask the top 10 transit agencies to consider and study their riders’ safety and it’s being co-sponsored by the LA Metro system.

Myron: So, the bill would require the top 10 transit agencies to collect ridership data–data based on things like race, gender, gender identity, age and sexual orientation–and study the harassment experienced in relation to the data. The agencies would then have to create initiatives based on the data they’ve collected to help prevent harassment on public transit.

Chris: Since SF State is largely a commuter school, I’m curious: Are any San Francisco transit agencies a part of that study?

Myron: According to UCLA’s 2020 report, Transit Blues in the Golden State, it would include Muni, BART and CalTrain.

Chris: And what about the second bill?

Myron: The second bill, AB 2549, was co-authored by Asian, African American and Latino lawmakers — all people of color — and it aims to prevent street harassment by approaching it as a public health issue.

Chris: That’s interesting that it’s a public health issue. What’s the reasoning behind that?

Myron: Well, it can be complicated to criminalize verbal harassment — criminalizing it just isn’t feasible. So instead of trying to enforce and punish people for harassment, this bill would include street harassment in the state public health code and approach it as such.

Jeung: By doing so, by defining it in the public health code, and by encouraging department public health to raise awareness about it, I think that’s an effective way to educate the community about what our societal norms are in California. Yeah, so I think, again, it’s really innovative in that it takes a public health approach to racism, and that it defines harassment as wrong, and it seeks to change public norms around our treatment of women and other groups.

Myron: And if it’s passed, it would require starting next year that the California Department of Public Health conduct a five-year, statewide, public campaign to raise awareness of street harassment, and by extension, prevent and mitigate the issue.

— Chris: We’re going to take a quick break —
Break
Support the Golden Gate Xpress’ work by signing up for our online newsletter, following us on Instagram or Twitter @ GGXnews and visiting the website: https://goldengatexpress.org

[break ends]
Cont. Main Story
Chris: Myron, you told me earlier that the bills languages largely emphasize harassment toward women of color. Why was it important to include that in the legislation?

Dr. Jeung: There’s been a consistent trend that women report harassment twice as much as men, and we know that women and women of color are particularly vulnerable to this harassment. So we proposed all our legislation to address the gendered harassment.

Dr. Jeung: We see that Asian American women are disproportionately impacted, but we know that this issue relates to other women of color and women in general and other vulnerable populations. So we’re building coalitions by having it sponsored by women of color legislators and trying to promote the safety for everyone.

Chris: And what does the timeline look like for these bills to pass?

Myron: It could take long, but with the increase of awareness of anti-Asian racism, Dr. Jeung hopes all three pass this year.

Dr. Jeung: Basically, the idea is that customers face a lot of harassment in stores and–so do the workers. And so we’re seeking employers to protect their employees and customers from this type of harassment. And the idea is to do so by alerting the managers about how to address harassment and putting up signage.

But the general idea is that we want to hold large corporations to safeguard the again, the safety of their workers and employees from harassment and customers from harassment.

Myron: It should protect a lot of marginalized populations since they make up a big part of the working class. But, we’ll have to wait and see what the bill really entails when it’s officially introduced.

Dr Jeung: The racism that Asian Americans are experiencing aren’t all hate crimes, hate crimes for which you could be arrested, just make up a fraction of what’s happening.

And so what we’re trying to do is expand the civil rights of Asians and everyone, and then to proactively promote government protection of these rights. So I think this legislation is sort of innovative in that it expands civil rights, it acknowledges the gendered violence that women and other communities face and covers more of the racism that Asians have been experiencing during COVID-19 than just the crime.

Chris: In the meantime, what next for Stop AAPI Hate?

Dr Jeung: We’re gonna try to continue to expand our civil rights is one issue area we’re working on. Secondly, we really want to expand ethnic studies. And so we’re holding a National Summit in June. We’re going to come up with a toolkit for people wanting to organize for ethnic studies. Again, we really want to highlight the great legacy of San Francisco State and its focus the racial experiences of people of color. And so we’ll be promoting that. And then thirdly, we’ll continue to work on promoting community safety in ways that are non-incarceral, non-policing.

Myron: Dr. Jeung said that Stop AAPI Hate was rooted in the legacy of the Third World Liberation Front, and the Black Student Union strike of the 1960s, and he hopes to carry on that legacy through his work with the nonprofit, and with the help of SF State students.
News brief
Chris: Here’s some other things that happened this week:

The California Supreme Court denied a request from UC Berkeley on Thursday to freeze its enrollment, forcing it to cut 3,000 admissions slots for the next academic year. The move comes after a Berkeley neighborhood group filed a lawsuit against the university, claiming its enrollment expansion plan failed to consider environmental impact.

The CSU Board of Trustees announced Wednesday that it will hiring a third party law firm to lead an investigation into former Chancellor Joseph I. Castro and Fresno State University. The board also said it will be conducting a Title IX assessment and the assessment will begin this month.
End
And that’s all I got! This is Chris Ramirez, Editor-in-Chief and your host for GatorTalk.

New episodes will premiere every other weekend, so keep an eye out.