The certification program, introduced at SF State last fall, showed a 0% recidivism rate from 2016-2020 among other CSU’s 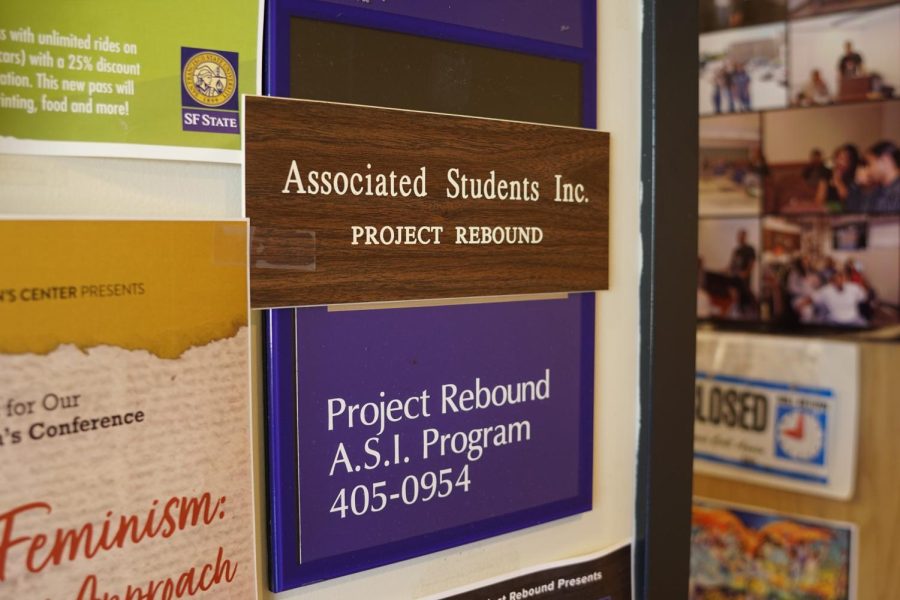 The certificate offers four courses – Critical thinking and the Ethnic Studies experience, All power to the people: comparative freedom movements of the “sixties,” Race, activism and climate justice and Race, gender and science fiction and is for students between 17 and 25 years old.

One of the students, who went by Kamryn M. for privacy, said he’s learned a lot from the program and has a deeper understanding of different races and cultures beyond his Black heritage.

“Ethnic Studies taught me to be more empathetic to other races,” he said. “I get to see the struggle of every race from when it started. After taking this class, I’ll learn to be more respectful in a way they’ll probably really appreciate. It allows us to have a better relationship.”

Project Rebound was created in 1967 by SF State Professor John Irwin to help formerly incarcerated people earn a higher education. However, the 12-unit undergraduate certificate for those currently incarcerated became available at SF State in fall 2021.

According to Ethnic Studies Dean Amy Sueyoshi, the project had been developing for about a year and a half. It was made possible by SF State’s College of Ethnic Studies’ partnership with the California Division of Juvenile Justice. The DJJ provides education and treatment to the youth of California’s juvenile justice system.

There were 35 students enrolled in the program last semester, while 53 have enrolled this semester, showing a sign of growth in the early stages of the program. Sueyoshi is happy to see the growth and impact that the program is having on its students.

“While it’s not 20,000 students, we still think this is something that we’re proud to be offering to the 53 students,” she said.

Another student, who went by Katerin M. for privacy, didn’t care much about school before being incarcerated, but now relishes the opportunity to learn about the history of different groups of people.

“Now I know more behind other people’s histories,” she said. “It changed my point of view and now I want to learn even more. When the teachers say it’s time to go, I want more time because I really like these classes.”

Race and resistance studies Professor Nate Tan said he believes that incarcerated people deserve to be empowered through education, particularly because of the disenfranchisement they face such as being denied job opportunities and voting rights.

In 2020, 70% of colleges asked applicants about their criminal history. Nearly two-thirds of those with a criminal history do not complete their application upon seeing this question, and are thus never considered for admission.

“When we think about Ethnic Studies as an education that’s supposed to be empowering for disenfranchised people, I think about the disenfranchisement of people who are incarcerated,” Tan said. “I think the certificate program through SF State is one step of many steps that need to be taken to be part of a rehabilitative process, a healing process for people in the carceral system.”