Voting will take place April 11 through April 15. A direct link will be added to iLearn 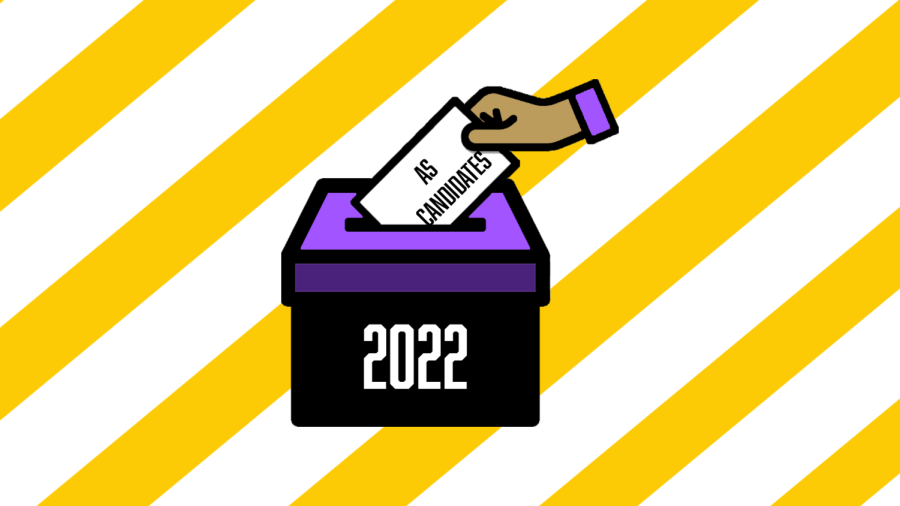 A graphic of a voting ballot. The official candidate list for the 2022 board of directors elections was released by Associated Students. The voting period begins the week of April 11 and finishes the week of April 15. (Rene Ramirez / Golden Gate Xpress)

Associated Students announced its official candidate list for the 2022 board of directors elections last Wednesday.

The campaigning period started on March 28 and goes through April 15.

There is only a single slate this election season: “The AdvoGators.” Slates are similar to political party affiliations with a group of candidates running with common ideologies. Last year, there were three.

According to The AdvoGators’ Instagram post, the slate is advocating for “students of all backgrounds and fights for student inclusion in all decision-making spaces, ensuring students are well informed on changes and discussions happening across campus and throughout the CSU system, bridging inequity gaps to ensure all students have fair and equal access to higher education and holding administration accountable to ensure all departments across campus are being transparent with students.”

Candidates on this year’s ballot include:

Voting begins the April 11 and ends April 15. Voting will take place online and a direct link will be added to iLearn.

According to AS’ Leadership Development Coordinator Christine Amador, they are still trying to coordinate a physical polling place in the Cesar Chavez Student Center where students can vote in-person with an iPad.

There will also be an opportunity at the end of the ballot for students to donate $1 to a recognized student organization of their choice.

Daily updates of election results will be posted on AS’’ social media platforms throughout the voting week.

Unofficial results are expected to be released April 19 at 10 a.m.