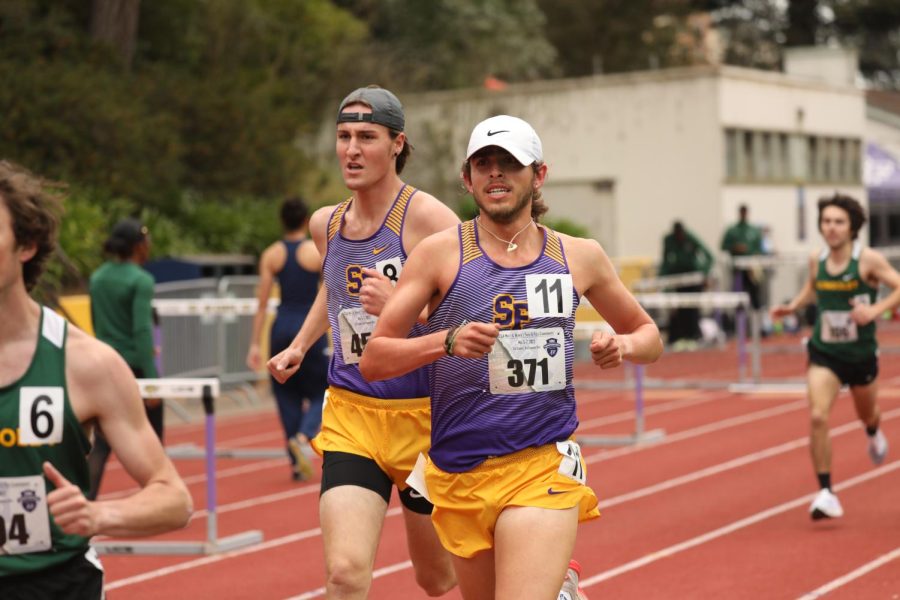 Parker Smith and Gary Valle (left to right) both competing in the men’s 1500 meter race at Cox Stadium on May 6. (Paris Galarza / Golden Gate Xpress)

SF State’s track and field team got outperformed in the California Collegiate Athletic Association championship. The Gators finished seventh place overall with 46 points, edging out of eighth place behind Humboldt State University by one point.

Cal Poly Pomona took home the championship by winning in both men’s and women’s events. Although it seemed like SF State was down for the count, they managed to put two athletes on the podium.

Their next meet is on May 14 in Turlock, California at Cal State Stanislaus’ Warrior Last Chance Meet.