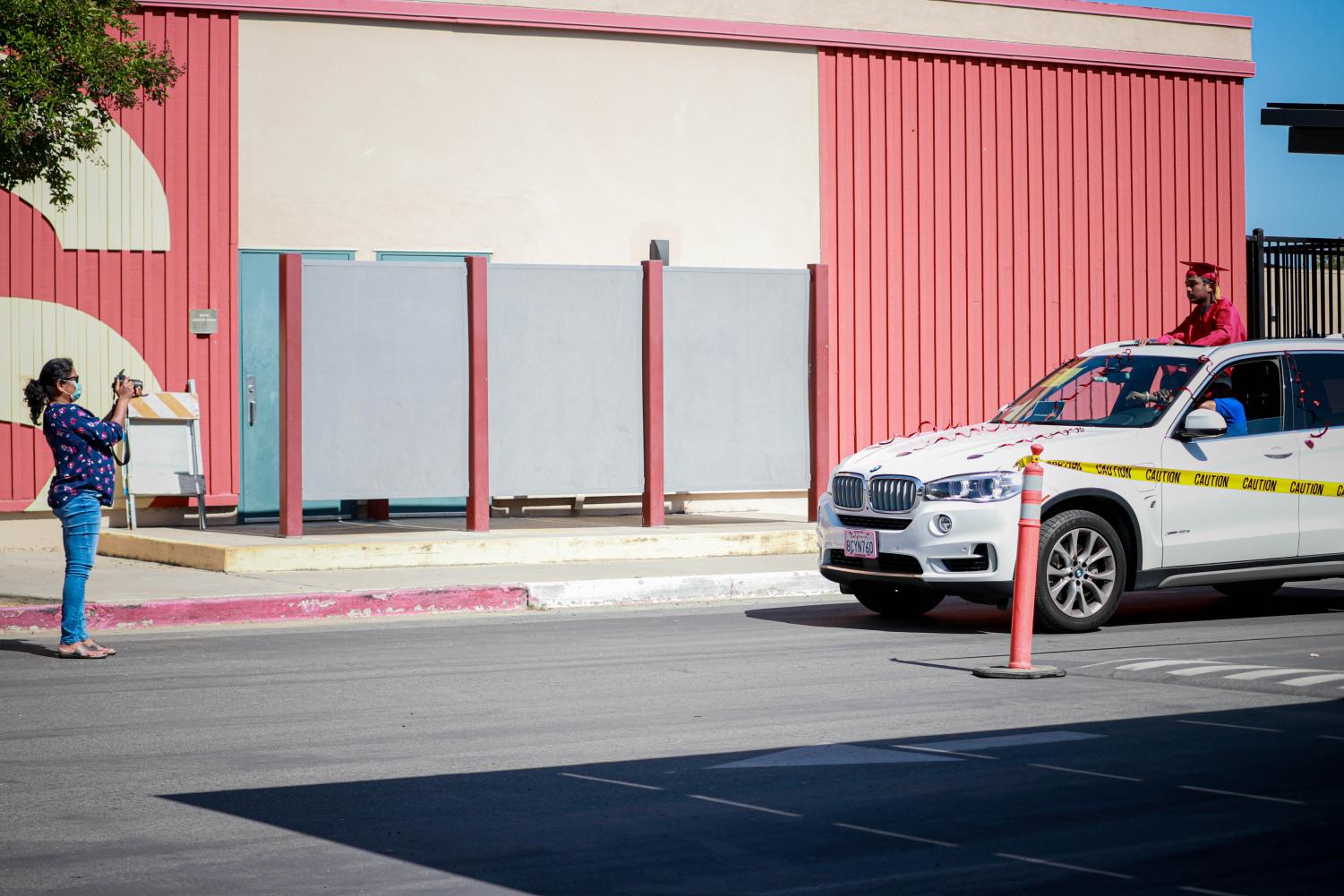 Cupertino High School organized a car parade on Thursday to celebrate the graduation of its senior year students in Cupertino, California.

Educational institutions across the country have canceled ceremonies for their graduating students this year due to COVID-19. Cupertino High School approached the county of Santa Clara for permission to organize a car parade for the students in the absence of a traditional ceremony.

“I think all of us were really devastated at losing graduation and basically all the good parts of the second semester in the senior year, at first. Originally, they told us that we could only have virtual graduation,” said Haritha Kumar, a graduating senior at Cupertino High School.

The students were originally set to attend virtual graduation which the school would stream on YouTube, at 6 p.m. the same day. The school informed the students about a week before that they obtained permission from the city to have a car parade two hours before their virtual ceremony.

Kami Tomberlain   , principal of Cupertino High School, said, “There were schools across the country doing different things in cars, so we really wanted to do a car parade. About a week and a half ago, we got permission from the county to allow a car parade, and we were ecstatic about that.” Tomberlain further added that the school coordinated with the county, the city and the sheriff’s department to put everything together.

The school reached out to the residents living in the proximity of the school using social media and Next Door while the city put up signs for residents about the parade. The sheriff’s department instructed the people attending the parade to wear masks and maintain physical distance.

About 500 graduating seniors took part in the car parade with their families as the residents in proximity of the school, along with their friends and families, supported them and cheered for them while standing on the sidewalk along the parade route. A volunteer announced each student’s name on a loudspeaker as they drove by the school’s entrance.

“Seeing everybody lined up on the side was really nice, because a lot of people from the community came, even if they didn’t have any students there,” said Jazmine Gregory, another graduating senior at Cupertino High School.

The school made flyers with a map for the parade route and passed it out to the residents along the parade, seeking their support for the graduating class.

“It was so much fun to have [the students] in their cars, with their parents,” Tomberlain said. “I saw grandparents, little brothers and sisters and dogs. To me, that was just amazing, for the whole family to get to be a part of a celebration.” 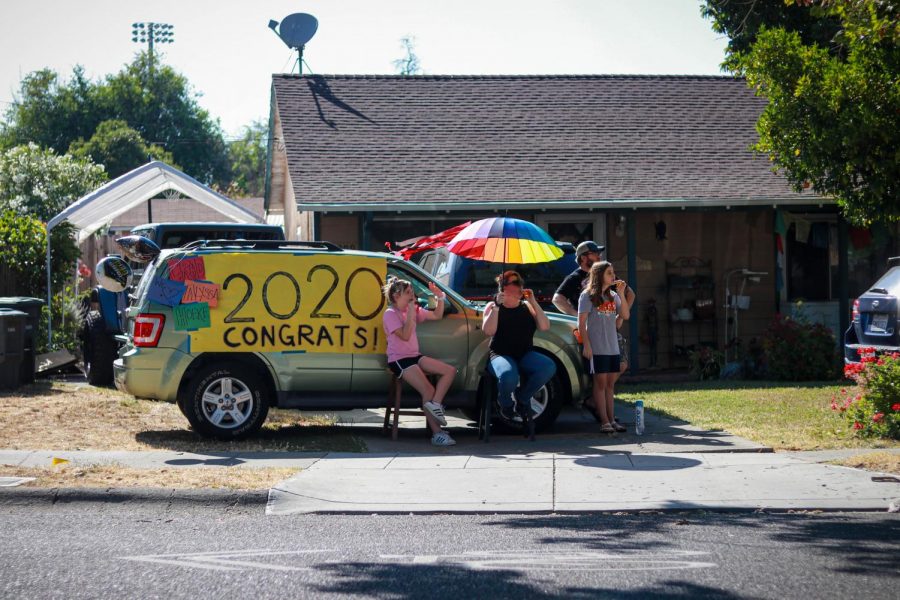 Gallery|7 Photos
Harika Maddala
Tanya Robertson and her family sit by their decorated car outside their residence, as they cheer for the students during the graduation parade Cupertino, Calif., on Thursday, Jun. 4, 2020. (Harika Maddala / Golden Gate Xpress)