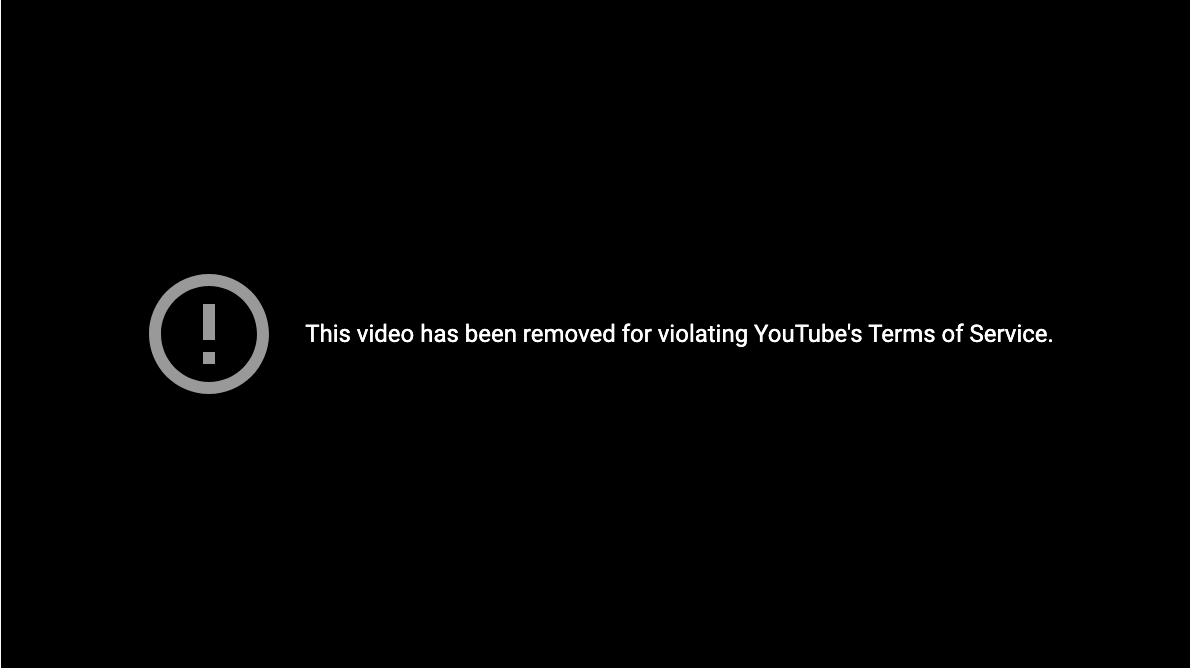 In an attempt to continue its scheduled event after Zoom announced it wouldn’t provide service to a “U.S.-designated foreign terrorist organization,” SF State’s Arab and Muslim Ethnicities and Diasporas Studies program took to Youtube to host its livestream featuring the controversial panelist Leila Khaled.

Less than 30 minutes into the livestream on Wednesday, YouTube also denied service to the “Whose Narratives? Gender, Justice, & Resistance” event. The livestream was stopped and removed from the platform, with the notice that it was “violating YouTube’s Terms of Service.”

Youtube’s removal of the livestream follows the decision made by Zoom on Tuesday to deny its services. Youtube’s decision followed Facebook’s removal of the event page from its platform, which occurred hours before the livestream and listed over 800 attendees and nearly 4,000 interested guests. Event co-moderator Rabab Abdulhadi, director and senior scholar of the AMED Studies program, said neither Facebook nor Zoom contacted her.

“[W]hen SFSU silences us[,] Zionist groups feel emboldened,” Abdulhadi told Xpress following Youtube’s removal of the video. Abdulhadi and Kinukawa attempted to continue on the National Student for Justice in Palestine YouTube channel. The video no longer exists on the channel.

According to a post on the student-run General Union for Palestinian Students organization, a recorded video of the webinar will be uploaded at later date.

Responding to Zoom’s refusal to provide service the day before the event, Abdulhadi stated Tuesday night that she would continue to push forward with hosting the event over Zoom. A message was sent to all who registered for the event in advance, but the link would no longer work.

“I am really thrilled that we are here having this webinar and actually being able to go forward despite also some attempts by Zionists, racists, Islamophobes, anti-Semitic, white supremacist groups — including Zoom — [regarding] the link as well as the collaboration with our own university, to stop it and silence Palestinian voices and voices for justice,” Abdulhadi said midstream on AMED’s Youtube channel.

In response to Zoom’s decision to deny services, SF Hillel responded with a statement on its Instagram account, supporting the tech company’s decision.

“We are relieved that Zoom, who provides such a vital tool to our students, is equally concerned with their technology serving as a platform to amplify hate and violence,” the statement read. SF Hillel held a vigil honoring victims of terror on Wednesday evening.

President Lynn Mahoney addressed the campus community on Wednesday morning around an hour before the event, responding to Zoom’s denial of service. She said that the university disagreed and was “disappointed by Zoom’s decision not to allow the event to proceed on its platform,” but also recognized that Zoom is able to make these decisions and set its own terms as a private company.

The Foundation for Individual Rights in Education, a free-speech group advocating for student expression on college campuses, said that Mahoney “gets it right” in how she dealt with the circumstances surrounding Wednesday’s event. Adam Steinbaugh, FIRE’s director of the Individual Rights Defense Program, added that unless SF State were to develop its own service to host online events, all of the university’s future events would also be subject to the policies of big tech companies.

“We worked hard to prevent this outcome and have been actively engaging with Zoom,” Mahoney wrote shortly before the event. “Based on the information we have been able to gather to date, the University does not believe that the class panel discussion violates Zoom’s terms of service or the law.”

Mahoney also reaffirmed her Sept. 5 statement to the campus community condemning anti-Semitism, Isalmophobia and hateful ideologies, and also said that Zoom’s decision to withhold its services from the event “will be deeply wounding to some members of our community who will feel themselves and their dissent silenced once again.”

In response to an op-ed by Mahoney in J-Weekly, GUPS issued a letter to her in partnership with the Wellesley Students for Justice In Palestine, referring to it as “troubling.” The letter also took note of Mahoney’s background as a historian, saying that they expected her to “know a lot as to why these discussions are needed to counter the mainstream dominant narratives.”

A GUPS board member who wished to remain anonymous out of fear of retaliation said they were excited for the event, given Khaled’s importance to Palestinians and the fact that she does not typically participate on U.S. platforms. However, they said they later felt naive for not having predicted the backlash of Khaled’s invitation. They said that the accusations of the event hosting a terrorist falls into “Zionist, colonialist narratives of how colonized people resist.”

“I think during this moment right now, this political moment in the U.S. right now, you would not say this about any other group,” they said.

Mahoney said she intends to meet with GUPS students. She also attended SF Hillel’s virtual vigil for victims of terror on Wednesday night.

“Websites like Zoom, Facebook, and YouTube are not government actors, so the First Amendment doesn’t require them to host content — that is, speech — that they do not want to host. Nor could the government compel them to host content they do not want to host,” Steinbaugh said after the livestream was removed. “That doesn’t mean that they’re immune from criticism for the choices that they make. For example, if Zoom caters to the academic community in particular, it’s reasonable to ask whether the company is prepared to reject efforts to censor the campus speech it facilitates.”

I’m going to man — as far as I can — the stance that academic freedom and freedom of expression have to occur. But I’m also going to acknowledge that sometimes that wounds another student group”

Mahoney added that the university as a whole did not invite Khaled to speak, but rather the AMED Studies program did. She also spoke against the idea of administrators weighing in on the content of any course.

“I’m going to man — as far as I can — the stance that academic freedom and freedom of expression have to occur. But I’m also going to acknowledge that sometimes that wounds another student group,” Mahoney told Xpress last Friday.

Prior to Zoom’s announcement, Mahoney had not met with GUPS — although she said she was planning on doing so as part of a check-in with all student groups — or professors Abdulhadi and Kinukawa, saying that she had “just supported their right to conduct their classes legally” and is “a big believer in faculty autonomy.”

Manu Meel, CEO of BridgeUSA, a free-speech advocacy group with chapters at Stanford and UC Berkeley, said that while freedom of speech should continuously be protected on college campuses, the goal of free speech should be to produce meaningful conversations among all involved.

“While I think it makes sense for why the university’s president supports her decision, because it’s about defending that notion, I think it is incumbent upon the Palestinian students on campus to recognize that if their goal is to actually shift the needle on the conversation of Palestinian issues and suffering in the Middle East, rather than just sparked controversy, I don’t think it’s the right decision, and by someone like [Leila Khaled],” Meel said.

Meel said that bringing polarizing figures does nothing but expands upon the hosting party’s already existing beliefs, while further cementing the beliefs of the opposing party, which he said is “going to further the tribalism that is so devastating to this country.”

I think it’s also incumbent upon [president] Mahoney to actually act as a bridge. She needs to bridge the gap between the Jewish students that feel disaffected and concerned by the speaker and the Palestinian students, who view her as a feminist icon”

Meel added that he believes this is the time for Mahoney to step in and address the tensions within the campus community.

“I think it’s also incumbent upon [President] Mahoney to actually act as a bridge. She needs to bridge the gap between the Jewish students that feel disaffected and concerned by the speaker and the Palestinian students, who view her as a feminist icon,” Manu said. “The only way to solve these sorts of deep cultural tensions is for people to talk and to communicate with each other and have open lines of dialogue. If you’re not able to understand, inculcate values of empathy amongst young people to understand the other person’s views, we’re going to go down a dark hole.”

While Mahoney said that she cannot speak on behalf of parties involved in the circumstances surrounding Wednesday’s event, she said she is open to wanting to facilitate such conversations.

However, members of GUPS that spoke to Xpress on the condition of anonymity said that although Mahoney makes these statements and promises, she does little to act on their concerns, leaving them fairly uninterested in pursuing further conversation.

“We’re past the stage of communication with her or meetings with them like, we already stated our case — everyone who’s like, had an issue with campus has stated their case — it’s just up to administration to implement the solutions they’ve been provided,” said a GUPS member who asked to remain anonymous out of fear of retaliation.